It's amazing how unaware Americans are of the extent to which our economy is dependent on oil. Amazing not only because of the consequences--geopolitical, environmental and social--of oil addiction, but also because oil prices affect every aspect of our daily lives. I was reminded of this fact the other day when I went to my local bike shop. There, the talk wasn't about carbon fiber and chainrings, but rather about how the cost of shipping has skyrocketed over the last few months (fortunately for the bike shop, high gas prices also mean business is booming). Meanwhile, food riots in Haiti, Egypt and Mexico have made headlines, and the airline industry, hit particularly hard by fuel costs, has gone so far as to begin charging $15 per checked bag. 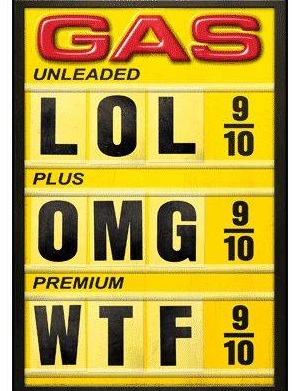 From high-end bike shops in Providence, Rhode Island, to the slums of Port-Au-Prince, and everywhere in between, people are directly feeling the effects of $130 a barrel oil. Yet there is still no sense of urgency in American political discourse. President Bush was recently on his hands and knees begging OPEC to pump more oil (which they declined to do), and both John McCain and Hillary Clinton have been touting a federal gas tax holiday. Some believe that once oil gets expensive enough America will be forced to truly seek out new sources of energy. But that kind of thinking belies a fundamental problem: the switch to an economy based on renewable energy won't happen overnight, and it will require far more than a mere policy fix. Just try to think of one product you buy that can be manufactured and delivered without fossil fuels and you'll see that the scale of the problem dwarfs our current proposed solutions.

Finally, consider this: without oil our agricultural system would literally collapse. And while we won't run out of oil anytime soon, expensive oil--combined with increased use of biofuels and drought--has put nearly a billion human beings on the brink of malnourishment. Seen in this light, getting off oil is not about carbon dioxide or geopolitics; it's about figuring out how the world is going to feed, clothe, transport and provide energy and water for 9 billion people in a just, sustainable manner. As Al Gore likes to say, climate change is not an environmental issue, it is a generational challenge--and opportunity--that will entail a paradigm shift in how the world operates. Real change won't come about until we stop looking to OPEC, Canadian tar sands and the Alaskan National Wildfire Refuge to drill our way out of the problem. Real change will come from what I call the three I's: Invention, Investment and Implementation. We've got to put our minds, money and hands to work in search of cleaner, more efficient, more equitable ways of doing just about everything. In order for that to happen we have to first understand how integral oil is to everything we do.

More on TreeHugger
::Even Cheney Thinks Gas Tax Holiday is a Bad Idea
::American Gas Pains
::Obama Steps It Up On Climate Change
::The World is No Longer Flat