Several people were wounded Tuesday in a shooting at Lone Star College in Houston, Texas. It was the fifth school shooting of 2013, just three weeks into the new year.

President Obama signed 23 executive orders for gun safety last week, and none of them would reduce the number of firearms Americans already own. That number is about 270 million, according to the international Small Arms Survey, which was done in 2007 but provides a comprehensive picture of civilian gun ownership rates around the world. With a current population around 315.2 million, the U.S. has about 86 guns for every 100 people — far more than any other nation. Yemen, the number two country, has 54.8 guns per 100 people. Israel, which is surrounded by neighbors bent on its destruction, has 7.3 and tight controls on assault weapons. 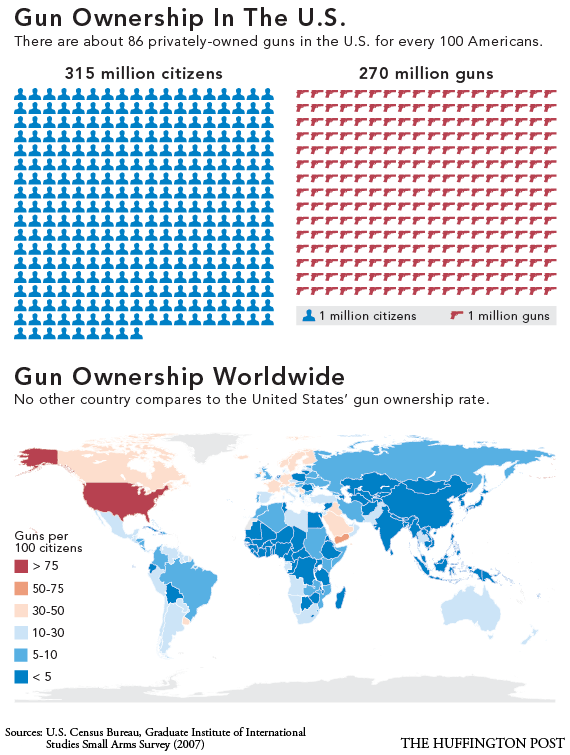 The U.S. also leads wealthy nations in gun homicides, with a rate ten times that of other countries in NATO. This doesn't say much for the NRA's calls for more Americans to arm themselves and their schools in the wake of the Newtown tragedy.

Contrary to NRA messaging, Obama's sweeping gun control proposal does not include plans for confiscation of firearms. With congressional approval, it could start to shape a new, less exceptional tradition of gun ownership in the U.S.

Things Being Blamed For Sandy Hook