The Great Recession ended more than five years ago, but good luck trying to convince many Americans of that.

Nearly half of all Americans, 49 percent, think the recession never ended, according to a new NBC/Wall Street Journal poll. And that number actually represents progress, since 57 percent felt that way in March. In fact, many polls have consistently shown that most Americans have long thought the recession, which officially ended in June 2009, is still ongoing.

The new NBC/WSJ poll has a chart that helps illustrate why this might be: Despite record levels of hiring and record highs in the stock market, huge numbers of people say they're still feeling the recession's effects. Here's the poll data: 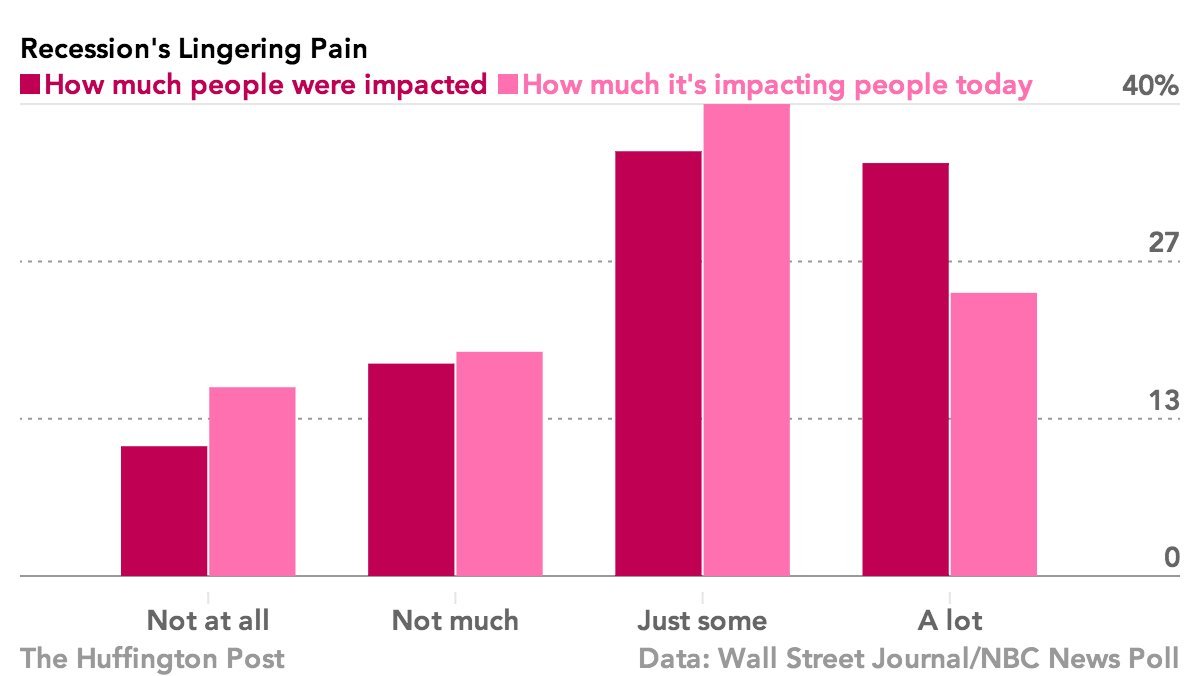 As Josh Barro noted in March, this attitude is mainly a result of wages that continue to be flat and terrible, even as the rest of the economy is improving.