WASHINGTON -- The conflict between Russia and Ukraine over Crimea is nothing if not complex, so perhaps it's no surprise that U.S. public opinion is complicated as well. It's not that the polls themselves are inconsistent: A sampling of recent surveys finds relatively similar responses to some of the most common questions. Those results, however, paint a contradictory picture.

Americans deeply mistrust Russia and its president, Vladimir Putin, but reject the notion that the U.S. has a responsibility to defend Ukraine. They simultaneously back economic sanctions and doubt they'll work. They support a tougher stance against Russia, but are firmly opposed to military action. And their opinions on President Barack Obama's handling of the conflict seemingly have less to do with their views of the conflict than their views of the president.

Recent polling (all conducted before Putin unexpectedly reached out to Obama last Friday to discuss possible diplomatic solutions) found that a broad majority of Americans support the imposition of economic sanctions against Russia, while few disapprove.

But despite that support, few believe that sanctions will work. In four recent surveys, a third or fewer of Americans said they thought sanctions would be effective in changing Russia's actions. 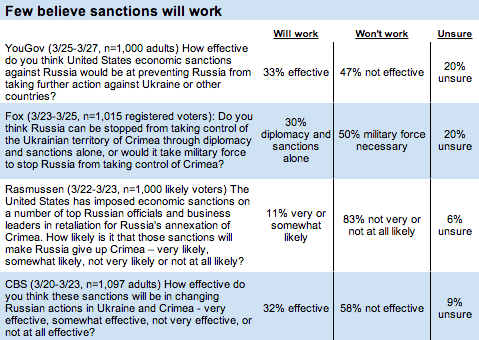 Asked if the sanctions were tough enough, 41 percent each in polls by Fox News and AP-GfK said they weren't. Yet Americans, who have rarely been enthusiastic about intervening in recent conflicts, are also disinclined to support military action against Russia. In a Pew Research poll, 52 percent said it's more important for the U.S. not to get involved in the situation, while just 35 percent said the U.S. should take a firm stance against Russian actions, and even fewer wanted to consider military options. 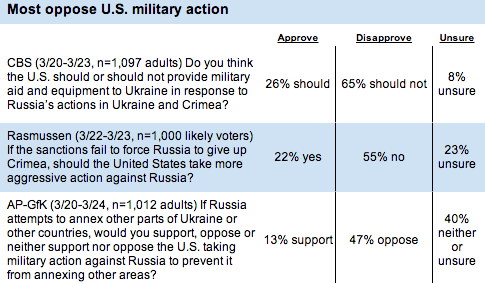 These contradictions also play out in ratings of Obama's response to the conflict. While most Americans support the sanctions imposed by Obama, they give him lower marks for handling the situation, with only 30 percent to 40 percent approving -- nearly identical to the president's overall marks on foreign policy. 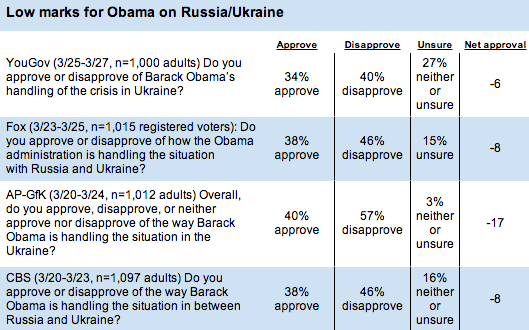 Pew found that while 43 percent think Obama's handling of the Ukraine conflict has been "just right," 35 percent -- including 58 percent of Republicans, but just 22 percent of Democrats -- think he hasn't been tough enough.

One reason that many Americans are conflicted, or falling back on partisan cues to decide how they feel, may be that few have given extensive thought to Ukraine or Crimea. While most say they're following the situation to some extent, far fewer say they're following it very closely, and many are unaware of key information. In a recent HuffPost/YouGov poll, 37 percent of Americans didn't select Crimea from a list of five options as the region occupied by Russian troops, and 60 percent didn't pick out Viktor Yanukovych as Ukraine's recently ousted president.

HuffPost/YouGov also found that when asked, 24 percent of Americans were willing to offer an opinion on the nonexistent Ukraine Administrative Adjustment Act of 2005. People, it turns out, are willing to answer pollsters' questions even when they know they don't have all the answers.

PHOTO GALLERY
How Tensions In Ukraine Became So High 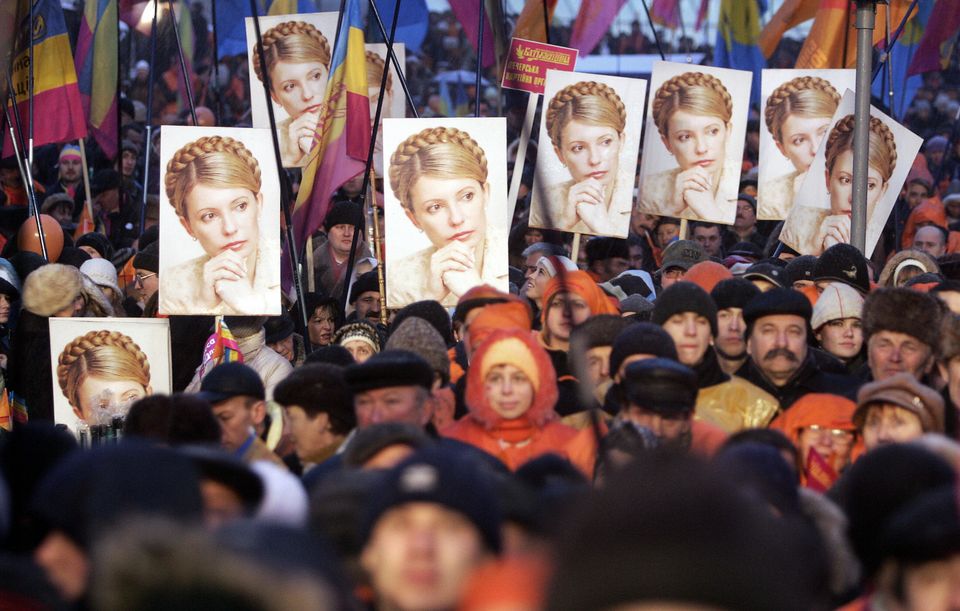