The vacation habits of Americans aren't looking good: According to travel website Skift, almost 42 percent of Americans didn't take any vacation days in 2014.

The survey, which was conducted in the first few days of 2015 through Google Consumer Surveys, asked 1,500 American adults how many vacation days they took last year. Nearly 42 percent of people reported not using a single of their 10 average allotted vacation days.

Advertisement
The survey also found that:

The results may come as no surprise, since Americans are notoriously bad at taking time off. (Let's try a little harder in 2015, everyone!)

Check out some of the charts from Skift's survey below: 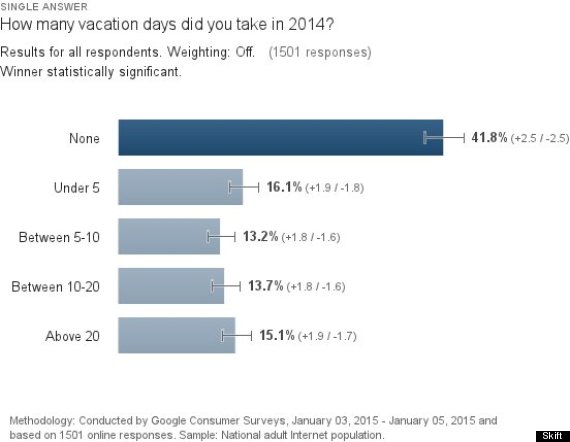 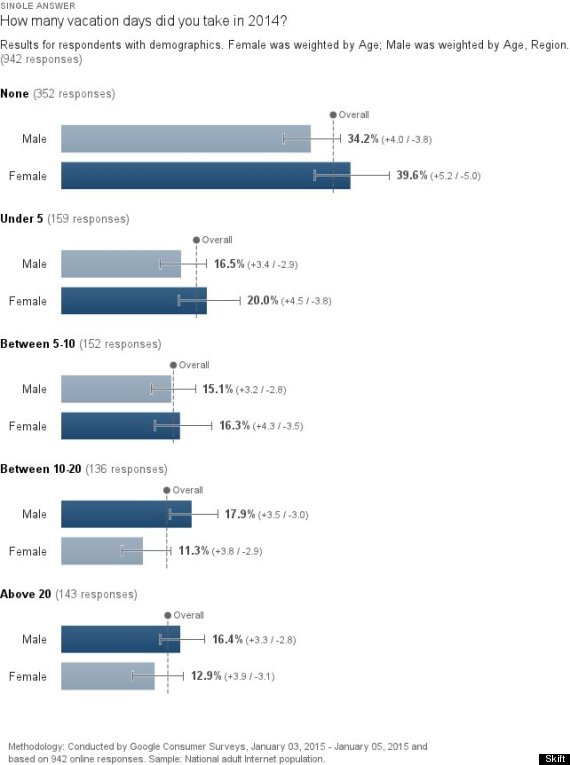