According to most sources, America's wireline or wireless broadband speeds are not even in the Top 20 in the world, much less are reasonably priced:

America was supposed to have a fabulous fiber optic future. Sure, there are some places in America where you can get gigabit speeds (1000 Mbps) over fiber. But as this collection of research indicates, on average, America's broadband is still a digital dirt road.

By the end of 2014, America paid about $400 billion and counting to their local incumbent telecommunications utilities, now known as AT&T, Verizon and Centurylink to replace the aging copper wires with fiber optics.

From the failed National Broadband Plan to the failure of the state commissions to enforce basic commitments, we believe the future of communications in America is going to get worse, not better, unless we take some immediate actions--which I'll be addressing in future articles.

How did this happen? See: The Book of Broken Promises.

Let's go through the numbers that have been compiled by others. I note that there are a host of caveats to all of these statistics as they do not collect their information using the same methodology. And there are also a host of caveats as to what exactly the surveys are examining, whether it is 'peak speed' or 'average speed', for example.

But one thing is clear -- in most surveys, America is NOT in the Top 20 countries in the world in broadband speed or price of service. This is a national embarrassment.

This information was collected December 5, 2015 and we formatted the existing info for this article.

Open Signal Finds that America Is 55th in the World in Wireless LTE Speeds. 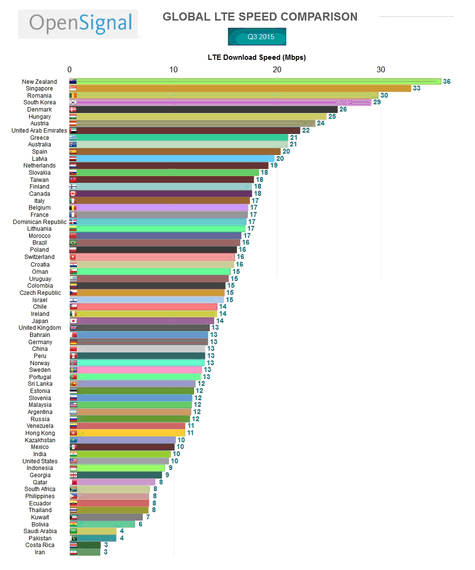 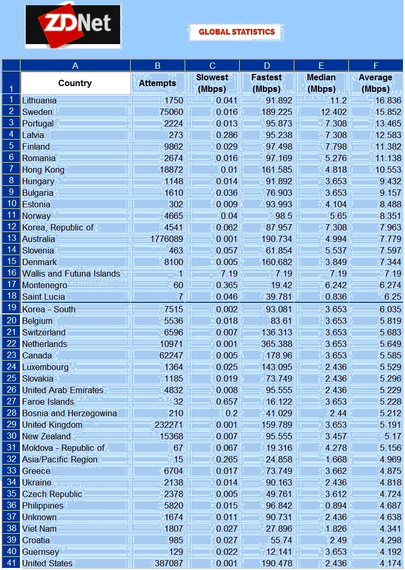 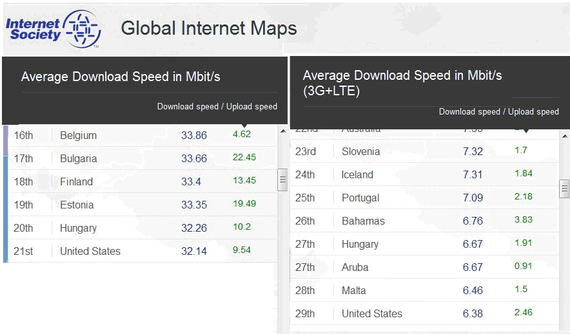 OCED Claims that America Is 30th in "Fixed Broadband Prices Per Megabit Per Second of Advertised Speed", in 2014. 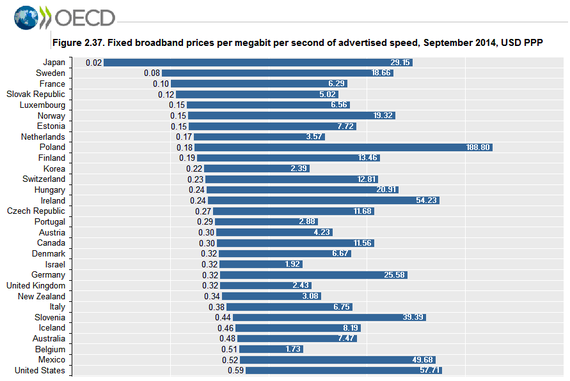 Akamai has America at 19th in Average Speed and 22nd in Peak Speed.

Teaser-- We have uncovered one of the largest financial accounting scandals in American history, and it is one of the reasons America isn't Number 1 or even Number 10. We will be releasing some reports this week from a new series called "Fixing Telecommunications".

I posted this to give us a baseline of how far we have fallen. It is time for a reboot of the regulatory process that allowed this to happen. What are needed are audits, accountability and enforcement, tied to refunds, among other next steps.