REPRINTED WITH PERMISSION OF THE NATIONAL INTEREST 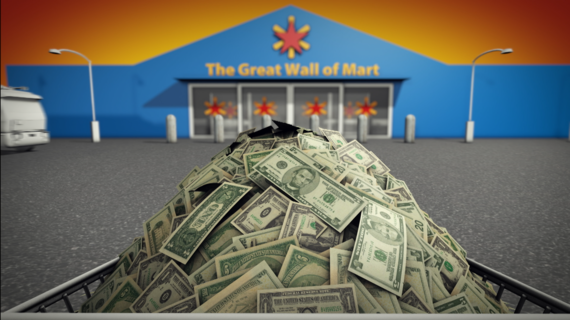 The US trade deficit with China hit a critical milestone in 2015. It now stands at a mind-numbing $1 billion a day, and that $365 billion annual trade deficit continues to rise with the lift of China's illegal export subsidies, sweatshop labor, pollution havens, and undervalued currency.

The failure to understand that America's Chinese import dependence has now reached critical mass as a national security issue comes from the very mind-numbing magnitude of the numbers involved. Let's see, however, if we can put the size of the US trade deficit with China into some perspective; and let's start with the F-22 - the only US fighter jet with the agility, speed, and stealth to overcome the latest Russian air defense systems and newest Chinese and Russian fighters.

America can deploy only 187 F-22s because Congress, with President Obama's veto gun to its head, cancelled further construction due to high costs: about $360 million a plane. Note, however, that sufficient numbers of the F-22 working in tandem with the F-35 would likely be pivotal to maintaining air dominance in theater should push come to shove with either Russia or China in the coming decades. Yet we simply don't have the numbers necessary to "darken the skies" with fighter jets as America did in World War II.

In contrast, China surely will have the capability to churn out record numbers of its F-22 clone known as the Chengdu J-20 Mighty Dragon. The sad irony here is that even as Congress was voting to halt F-22 construction, Chinese cyber hackers were brazenly stealing the F-22's blueprints.

Now here's the relevant trade deficit math: Assuming that it costs about half the price for China to build its F-22 clone because of cheap labor and no need to pay for the R&D that went into developing the F-22, China can use a little more than one month of its trade surplus of America dollars to replicate the entire US F-22 air wing -- and pay for 1,000 of these planes with American consumer dollars in less than six months.

Of course, you can do the albeit rough numbers for any one of a number of other Chinese weapons systems. For example, one day's worth of China's trade surplus with the US buys 1,000 new cruise missiles that Beijing can point at Taipei or 100 anti-ship ballistic missiles to target American carriers.

Similarly, just one week's worth of China's trade surplus finances the construction of at least three new Chinese aircraft carriers to patrol the South China Sea and Indian Ocean or 20 new Yuan class diesel electric submarines to lay in wait for Japanese destroyers or American aircraft carrier strike groups. And Beijing can pay for its entire annual defense budget with a mere five months of what American consumers contribute to Beijing's imperial fisc.

It's not just that American consumers are helping to finance the construction of China's war machine. There is also the creeping loss of control over core strategic elements like the US food chain - once one of the strongest in the world from a country blessed with a temperate climate and some of the most fertile soil on the planet.

The poster child for the loss of control of America's heartland to Beijing is the 2013 sale of Smithfield Foods to China for what was widely reported in the press as a "whopping" $5 billion. But just what exactly is "whopping" about a sum of money that China accumulates trading with the US in a mere 5 days. Of course, now the world's largest communist nation owns 1 of every 4 pigs born and raised in America. How about a song about that Bruce Springsteen?

And by the way, it's not just the American food chain China is targeting. China has now bid what is truly a whopping $83 billion to buy the high-tech Swiss agro-conglomerate Syngenta, with its portfolio of top-tier fertilizers and chemicals and patent-protected seeds.

Has anybody seen how Russia regularly tries to strangle, and then extort funds from, Europe with its natural gas monopoly? If anyone thinks Beijing won't do the same if it gains as much control of the global food chain as it now has over the world's manufacturing base, just remember the Chinese ban in 2010 on the export of rare earths to a Japan that Beijing was trying to bend to its Senkaku/Diaoyu Islands will.

Of course, the Far Right (and Wall Street Journal) continues to assure us that "free" trade with China, like greed, is good -- so don't worry about China's currency manipulation or other unfair trade practices. Just keep spending like drunken sailors on Wal-Mart leave.

Meanwhile, Middle America winds up with zero annual wage growth for over a decade and millions of offshoring victims on the unemployment lines while the US government wonders why it doesn't have adequate tax revenues to pay its bills -- much less build a 300-ship navy or 500 F-22s.

Wake up America. Better yet, somebody please wake up this year's dwindling crop of presidential candidates and myopic TV debate moderators to the most pressing national security issue facing this country.

_______________________
Peter Navarro is a professor at the University of California-Irvine. He is the author of Crouching Tiger: What China's Militarism Means for the World (Prometheus Books) and director of the companion Crouching Tiger documentary film series. For more information and to access film interview clips, visit www.crouchingtiger.net or see his book talk on CSPAN2. 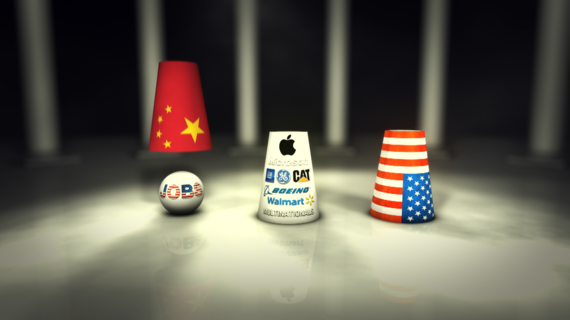