Yes, Americans are obsessed! We drink as much coffee as we can get.

For many of us, our mornings aren't complete without a cup or two to get us fueled. Some people, after waking up, reach for a cup before doing anything else. Simply, Americans are obsessed with coffee. And, of course, there's always the afternoon pick-me-up.

But why are we obsessed: is it the flavor, the caffeine kick? Let us know why you love coffee in the comments below.

Here are some interesting facts that show just how much Americans are obsessed:

• 31% of coffee drinkers make coffee the most important part of a morning, brewing a cup first before any other morning behavior.

• 58% of coffee drinkers brew their coffee the same way every morning.

• 72% of coffee drinkers take their coffee with dairy or non-dairy creamer, which means 28% drink their coffee black.

• 30% of coffee drinkers sweeten their coffee with sugar or some other form of sweetener.

• 55% of coffee drinkers would rather gain 10 pounds than give up coffee for life.

• 52% of coffee drinkers would rather go without a shower in the morning than give up coffee.

• 49% of coffee drinkers would rather give up their cell phone for a month than go without coffee.

• Coffee represents 75% of all the caffeine consumed in the United States.

• Seattle has 10 times more coffee stores per 100,000 residents than the United States has overall.

• The United States imports more than $4 billion dollars' worth of coffee each year.

Learn how to brew the perfect cup of coffee from Alton Brown. 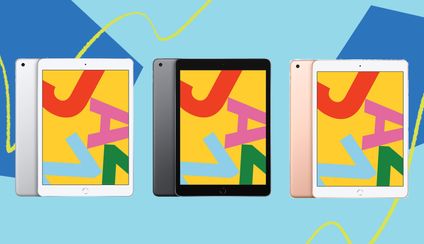