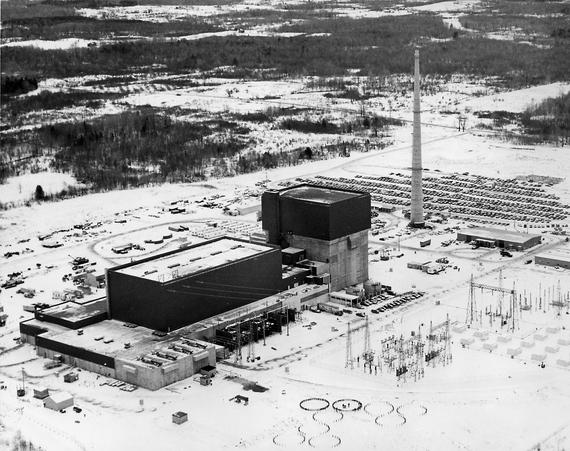 This month, the Obama Administration decided to refrain from bailing out the health insurance industry. In doing so, the U.S. Department of Justice dismissed multimillion-dollar lawsuits from two big healthcare insurers, a move that would've circumvented Congress and was roiling Republicans who were threatening obstructionism and deriding Obama bailouts.

The irony of the party politicking isn't lost on anyone. No doubt Republican presidential candidate Donald Trump, one of the bigger bailout examples going tax-free after losing nearly one billion dollars of investor money, will keep quiet on Obama's near-bailout of the health insurance industry.

But bailouts, like the one recently considered by the Obama Administration, aren't the purview of one political party. Both parties do it freely and frequently, at federal and state levels. The US government is bailing out businesses all the time.

In fact, America is not even close to a "free market" because we're picking winners and losers every day, either through direct bailouts, subsidies and tax loopholes, or through an indirect picking up of the pollution or health tab. Energy subsidies, for example, are well over $5.3 trillion globally given that governments are constantly cleaning up after fossil fuel companies.

American taxpayers, then, are left bailing out the bad decisions of businesses everywhere. The worst example, of course, is the wholesale bailout of Wall Street, with no criminal repercussions for the CEOs, and their executive leadership, who were complicit in decimating middle America's wealth and derailing our economy. And since the financial industry bailout didn't come with corrective and punitive action, the likelihood of another crash is high since the risky derivatives trading and cashing in on sub-prime loans is back in full swing. How difficult it is to fully enact the big-bank-regulating Dodd-Frank Act, then, thanks to heavy lobbing in our nation's capital by one of the top industries financing Congressional campaigns and preventing stricter safeguards.

Wells Fargo's latest fraudulent activity, creating millions of false bank and credit card accounts, is merely the latest example of what little lessons Wall Street learned from its bailout. But other bailouts are equally egregious. Our auto industry has been mismanaging its growth for decades, not remotely keeping pace with greener more efficient auto industries elsewhere. And yet both parties agreed to prop it back up with little parameters for better environmental performance. This is not a sustainable government practice by any economic or environmental measure.

The latest industry to get bailed out is the nuclear industry and it's been happening for a few years already. Nuclear is struggling because of cheaper natural gas prices, and even bottom of the barrel oil prices, thanks to rampant fracturing across America and the absence of a carbon tax that would put a more accurate cost on heavy emitting gas, oil and coal. In undermining the nuclear industry, America's fracked gas boom has also decimated drinking water supplies and geological integrity all across the country. From a carbon footprint perspective, this is deeply disconcerting because natural gas is a heavy emitter and shouldn't be considered a bridge fuel for our economy. Just look at the methane leaks across America, the impact is much worse than previously thought.

The nuclear bailout, however, is now falling into the same trap that riddled financial industry and auto industry bailout schemes. There's little corrective action that's encouraged, or regulated, and, as a result, the industry is allowed to continue making the same mistakes - all at a significant cost to our economy. Nothing could be more inefficient. The most common nuclear industry bailout typically props up companies operating old plants, which are in desperate need of repair, emitting radioactive waste, leaking toxic material often and containing cooling systems that kill massive amounts of marine life. And it's done with no conditions, using America taxpayer dollars to "save" companies - such as the Fortune 100 Company Exelon with $34 billion in annual revenues - that aren't in need of extra revenue.

New York State's nuclear bailout this month is merely the latest example of business getting off scot-free while taxpayers pick up multi-billion-dollar tabs. The state's governor, Andrew Cuomo, is planning to bail out the aging and money-losing Ginna, FitzPatrick and Nine Mile Point nuclear plants, some of America's oldest nuclear plants and owned by Exelon and Entergy, with nearly $8 billion of New Yorkers' hard-earned money (and another $2.8 billion if energy prices fall). New York State's decision was made after Exelon alone spent $430,000 lobbying Albany, the capital, over the past two years. In the same amount of time, Entergy spent $1.7 million lobbying the state. Money talks.

These examples are particularly egregious because the taxpayer is not only picking up a nuclear tab but a utilities tab, too, the latter of which is a product of the state's new Clean Energy Standard. The new standard, while meritoriously aiming for an electricity goal of 50 percent renewable energy by 2030, is requiring utilities to obtain renewable energy credits, a cost that's also going to be passed on to the taxpayers. And it's not like these utilities are struggling. New York utilities giant, Con Edison, for example, has $13 billion in annual revenues and $47 billion in assets. They're going to be fine.

Neither the nuclear industry nor the utilities industry should be passing on these costs to taxpayers, nor should federal and state governments be picking up the corporate tab, especially when our country's median wages are still stagnating and the income inequality gap is still gaping. These are costs that companies should cover, not citizens.

It's time to end the bailouts of big business. For nuclear, if we really want to save it, then state governments, in Albany and elsewhere, should put a price on carbon so that gas, coal and oil show their true cost on society. Until then, no amount of bailing out will stem the flow of cheaper fossil fuels. If this is about jobs, then these billions could be better spent on more reliable renewable industries. If this is about a clean energy future, then figure out next generation nuclear ASAP. But that is not happening with these bailouts. They are a boon for big business while taxpayers are ponying up.