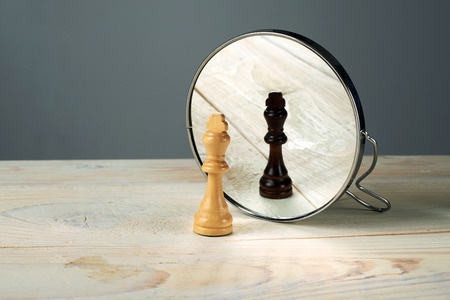 Walter Scott, an unarmed black man, was shot eight times in the back while running away from Michael Slager, a white police officer. Slager was arrested and charged with murder. Article after article and news report after news report focus on the act of one white officer urging us all think that justice this time may get served.

Just weeks ago Four Florida police officers were found to be exchanging texts and videos with KKK hoods and talking about "killing n*****s." One texted, "I had a wet dream that you two found those n*****s in the VW and gave them the death penalty right there on the spot," one wrote. Another wrote, "We are coming and drinking all your beer and killing n*****s." These and more were uncovered during a five-month investigation. The result: three officers were fired, one resigned.

As much as it serves justice that these officers were held to some level of responsibility, let us not turn a blind eye to the fact that many officers know of their peers' bigotry and do nothing about it. The problem is the particular offending officers AND the problem is systemic. It is akin to the unfolding of the sexual abuses discovered within the Catholic Church -- there were offending clergy as well a system complicit in keeping these attitudes and behaviors in the shadows, protecting the perpetrators, ensuring further victimization.

American psychology, by which I mean the way Americans think about themselves and our collective social dilemmas, is painfully naïve. We are like children looking for the bogeyman or watching a movie where the 'good guys' get the 'bad guys,' returning all to a sense of safety.

Regarding race, and many other of our deepest and most intractable problems (e.g., addiction, depression, and domestic violence), getting the bad guys, identifying and eliminating a few bad apples, is wholly insufficient. The truth is that we are the system -- we are all complicit and we all carry a certain responsibility for America's original sin: racism.

Don't get me wrong, there are bad guys, but it is also our psychological naiveté, our cultural blinders, that allows this kind of infection to grow unchecked; it is our collective complicity that is most problematic. Our denial of racism is a form of racism in and of itself.

Where does this denial exist? Consider these statistics.

It is this kind of denial that leads many white folks to malign black leaders, accusing them of "playing the race card," instead of hearing their legitimate claims to injustice.

To honestly confront the psychological illness of racism, America needs a true mirror, one that reflects our light and our shadow; one that provokes a real moral and spiritual awakening. Only then can we bear the truth of our collective responsibility. Only then will we go beyond performing investigations that uncover racist police officers to performing investigations that uncover the particulars of a system that allows, even supports, racist attitudes and practices to flourish.

Only then will we come to the wisdom of Walt Kelly's now famous cartoon, "We have met the enemy, and he is us."