The 2014 Airline Quality Ratings report, released April 7, shows that United Airlines is finally beginning to recover from its merger with Continental Airlines, which took place in 2010. But that wasn't enough to keep United from earning the lowest AQR score of all national airlines for the fourth year in a row.

In Pictures: Full list of America's Best and Worst Airlines 2014

In previous years, United reported more customer complaints than any other major American carrier. However in 2013, the airline saw the number of grievances received drop significantly. The airline also improved in the other three categories used to calculate the AQR scores.

Any American-based carrier that handles more than 1 percent of the airline industry's domestic passenger revenue must report its on-time arrival percentage, number of involuntary denied boardings (or bumps), mishandled baggage rates and the number of complaints it receives to the U.S. Department of Transportation on a monthly basis. The AQR report -- which includes both national airlines and smaller regional carriers like SkyWest and ExpressJet -- uses that data to assign a rating that represents each airline's annual performance. Each airline is then assigned a rank number based on its AQR score.

The airline that received the lowest score this year was regional carrier American Eagle Airlines, which saw a drop in its on-time arrival percentage, and increases in denied boardings, mishandled baggage and customer complaint rates.

Dean Headley, associate professor of marketing at Wichita State University's W. Frank Barton School of Business and co-author of the AQR report, notes that airlines experience some drop in performance following a merger. Headley, who holds a doctorate in marketing and statistics, notes that this is due in large part to employees feeling anxious about how changes to the company will affect them directly. "There's going to be a certain amount of angst, and that has a tendency to destroy performance," Headley said. "A lot of it has to do with the perceptions of the front-line people. There's always a group that doesn't feel well-served, so they don't serve well for awhile." He pointed to the spike in AirTran's mishandled baggage rate as an example; AirTran is in the process of merging with Southwest Airlines

United wasn't the only airline to receive fewer consumer complaints in 2013. Headley notes that the number of total grievances reported to the Department of Transportation dropped significantly from 2012. Headley speculates that the change could be because people have less to complain about, but also because they don't expect as much from airlines when it comes to customer service.

"My expectations are lower than they were two or three years ago," he said. "The best thing I can say about a flight is that it was uneventful. I don't think I'm that far off from what most people's expectations are."

Headley -- who has co-authored the AQR report with Brent Bowen, dean of the Embry-Riddle Aeronautical University's College of Aviation, since 1991 -- notes that air travel has improved immensely over the past decade, and he believes that airlines want to improve passenger experience. But whether or not carriers will make efforts to continue improving their customer service will depend on their revenue. "When the airlines are making money and they're not trying to skimp, maybe they can make the experience better," Headley said.

However, we might be at a point where this is "as good as it can get," Headley speculated, citing fluctuating performance averages as hints that the industry has plateaued when it comes to boosting service.

U.S. News has identified the five national carriers that received the lowest AQR scores this year and highlighted the performance areas that could be improved.

Note: The Airline Quality Ratings report does not categorize airlines as major or regional carriers, nor does it classify any airline as "mean." 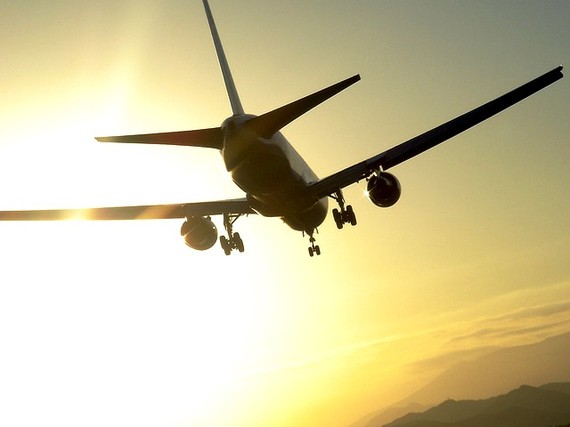 Southwest's performance worsened in three out of the four categories used to calculate the Airline Quality Ratings. Although the drop wasn't as significant as the one AirTran (Southwest's partner airline) experienced, the low-cost carrier's percentage of flights arriving on time did fall below the industry average in 2013, with 76.7 percent of flights landing late. Southwest also performed below the industry average when it came to handling luggage and getting passengers on the planes. According to the AQR report, Southwest experienced 3.72 occurrences of lost or mishandled bags per every 1,000 passengers in 2013 -- the highest rate of the 11 major airlines evaluated. Meanwhile, the carrier's rate of denied boardings (1.06 out of every 10,000 passengers) exceeded the industry average. Still, Southwest Airlines received the smallest number of consumer complaints of all the airlines represented in the report.

American Airlines made major strides in improving its mishandled baggage rates in 2012, reducing the number of instances from 3.55 instances per every 1,000 passengers in 2011 to 2.92. But the airline couldn't hold on to that momentum; its mishandled baggage rate climbed ever so slightly to 3.02 per every 1,000 passengers in 2013. This airline was also one of only two carriers to improve its timeliness this year, though the 78.1 on-time arrival percentage still rests just below the industry average. The same improvement was not demonstrated on American's regional carrier, American Eagle, which saw its percentage of on-time arrivals plummet nearly 12 percent in 2013. American Eagle also has the worst reputation of all 15 airlines when it comes to luggage, with 5.9 instances of mishandled bags occurring per every 1,000 passengers in 2013.

AirTran -- now more integrated with Southwest Airlines than it was at this time last year -- saw a major dip in its performance in 2013. In last year's AQR report, AirTran received a score of -0.51, making it the third-highest rated airline. In 2013, AirTran's percentage of on-time flight arrivals dropped from 87.1 in 2012 to 79.4, and its rate of denied boardings inched upward from 0.95 out of every 10,000 passengers in 2012 to 1.29. The carrier's adoption of its partner airline's free checked bags policy could account for the rise in instances of lost or mishandled bags (up from 1.58 per every 1,000 passengers in 2012 to 3.71). Yet like Southwest, AirTran maintains a good reputation among travelers: The airline received a mere 0.73 customer complaints per every 100,000 passengers in 2013, down from 0.91 in 2012.

Frontier's performance sank across nearly every category evaluated in the AQR report. The airline's on-time arrival rates fell from 77.9 percent in 2012 to 73.1 percent in 2013 -- the lowest of the 11 major carriers evaluated. Frontier also saw its rate of involuntary denied boardings climb, with 1.23 bumps recorded per every 10,000 passengers (compared to 0.78 in 2012). The airline did manage to improve its baggage handling -- 2.15 instances of lost or mishandled bags per 1,000 passengers (compared to 2.22 in 2012) falls well below the industry average of 3.21. But that slight improvement wasn't enough to pacify consumers. Frontier received the highest number of consumer grievances of any airline evaluated for the 2014 report, with 3.09 complaints filed per every 100,000 passengers in 2013.

Following its merger with Continental Airlines in 2010, United saw the quality of its performance take a nosedive: This major national carrier received the lowest AQR score three years in a row. Last year, United received more than four consumer complaints per every 100,000 passengers, which was the highest rate of all the airlines evaluated. But United saw significant improvement across the board in 2013: Along with American Airlines, United was the only other airline to better its on-time arrival performance, and fewer people were bumped from flights this past year (down from 1.83 occasions per 10,000 passengers in 2012 to 1.17). As a result, United saw the number of complaints it received plummet by nearly 50 percent from 4.24 grievances per 100,000 travelers in 2012 to 2.14 in 2013.

In Pictures: Full list of America's Best and Worst Airlines 2014