Haunting is a phenomenon that seems to lay upon a place in layers, like geologic strata, with the most recent and energetic spirits most likely to interact with their environment in a manner that we humans can detect. Of course human ability to sense such things lays upon a sliding scale. Typically, as the strikingly accurate Handbook For the Recently Deceased from Tim Burton's haunted classic Beetlejuice states, "The living usually won't see the dead." But for the most sensitive people, such as Amy Allan, co-star of Travel Channel's "The Dead Files," many locations harbor spirit activity, and some locales are virtually alive with the dead performing elaborate pantomimes.

Over the last decade or so, with the popularization of ghost hunting TV shows and the broad "normalization of the paranormal," we've seen the emergence of "super haunts": destinations with so much spirit energy that it can be detected regularly by people of average sensitivity and register on ghost hunting equipment.

Savvy entrepreneurs have seized on this trend and market their spooky domains for paranormal tours, investigations, and overnight stays. Paranormal investigators, thrill seekers, and the curious flock to these venues in droves, expressly hoping to make contact with the other side.

But for those seeking a more intimate paranormal experience, one off the beaten and heavily marketed path, there are active properties in virtually every community in the land, hidden local gems full of haunted history and spine-chilling supernatural secrets.

America's Most Haunted is made up of the best of both worlds -- the celebrated super haunts and those that typically fly under the radar. 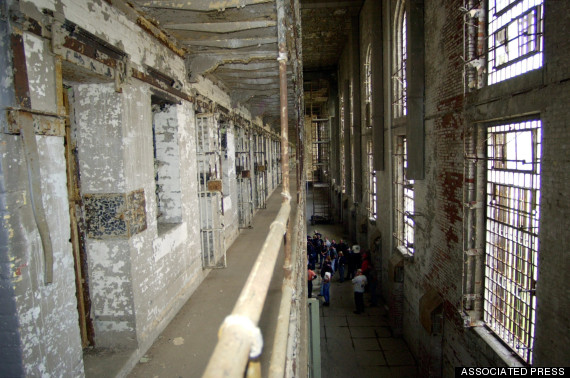 This gothic castle-like structure was built in 1896 with the noble goal of reforming juvenile and young-adult offenders. As with many best-laid plans, the ideals of the Reformatory gradually gave way to institutional reality, the path to a better life yielding to a warehouse of despair, pain, even death.

Plagued for decades with overcrowding, decay, and explosive violence, the doors to OSR were closed for good in 1990 by a federal order citing "brutalizing and inhumane conditions," but something remained behind. Along with the peeling paint and rusting iron bars, the troubled spirits of forgotten inmates still linger behind its thick stone walls.

Ghosts of angry men physically attack visitors and staff. Eerie whispers echo through the cells blocks, calling by name those who dare climb reverberating metal stairs to its upper tiers. Apparitions of emaciated prisoners flicker in and out of the dark shadows of solitary confinement, tucked deep in the bowels of the building.

And the heartbroken spirit of Helen, wife of a former warden, cries out in her former quarters, her distinctive rose perfume accompanying her presence. 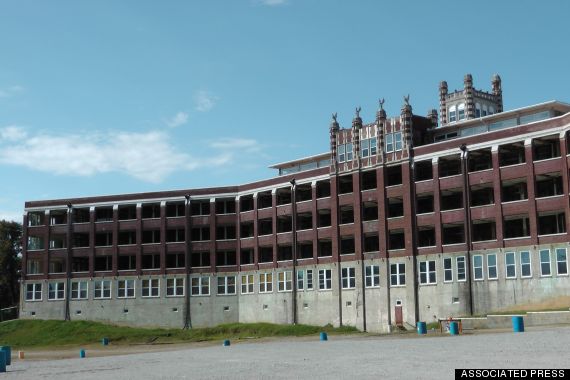 Once the last best hope for those suffering from tuberculosis, aka "The White Plague," this enormous bat-winged shaped building retains the memories and emotions of its former patients and staff. Before the modern age of antibiotics, fresh air and nutrition were the primary treatments for TB. Doctors tried many experimental procedures to help the afflicted, but drastic surgeries often maimed or even killed the patient outright -- another case of best intentions gone awry.

The highly contagious disease could also affect the brain, causing many to go mad. The slow agonizing death suffered by many Waverly's residents left a residue of dark energy to fester in the building. Ghostly forms follow visitors through the narrow corridors. Phantom footsteps and eerie voices echo among the walls of the body chute, aka "the death tunnel," the discrete final exit for many patients.

An entity known as The Creeper climbs the walls and ceilings with its spindly spider-like limbs. Thought to be a harbinger of evil, it moves with unnatural speed, stalking those who roam the creepy, lonely corridors. Originally a place of hope for the afflicted, Waverly Hills is burdened with the weight of thousands of suffering souls. 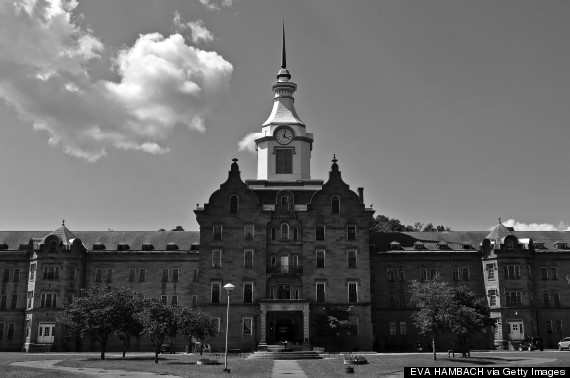 Before 19th century reform revealed mental illness to be a medical condition, asylums were the dumping ground for society's unwanted. Originally a destination of enlightened empathy and treatment, the famed Kirkbride method emphasized institutionalization and an architecture that afforded a pleasant aesthetic, but TALA eventually became just another overcrowded, underfunded warehouse of pain and misery.

When the doors finally closed for good in 1994, the confused spirits of many former patients stayed locked inside. Murders, rapists, and other violent offenders still mix with those who's only crime was depression or substance abuse. Tortured ghosts of those who endured horrific ice-pick lobotomies scream for justice inside the asylum walls. The lingering spirit of a lonely child named Lily is one of TALA's innocent victims. Like a sentinel, she sits patiently in her brightly colored room, waiting for someone to play with her.

The Red Onion Saloon - Skagway, Alaska
Many who flocked to Alaska during the gold rushes of the 19th century never made it past the staging town of Skagway. Overwhelmingly unprepared for such a backbreaking journey, many stayed in the town and sought their fortune in other ways. Many women found themselves with little opportunity to make a respectable living and turned to prostitution. With no shortage of customers, these "soiled doves" found plenty of work in Skagway. Brothels became commonplace, and the Red Onion was the best in town.

Although only in operation for two years in the late 1890s, this fascinating place has secured its spot in Alaskan history. It is now a popular tourist attraction, complete with a brothel museum on the top floor. But behind the music and free flowing brew is a collection of the Klondike's most intriguing ghosts. The spirit of Diamond Lil, a former madam, still keeps a watchful eye on her girls and guests. She caresses male visitors with her ghostly hands and whispers seductively in their ears. A malevolent male presence intimidates unsuspecting staff and patrons, bullying both from beyond the grave. The solid apparition of a woman in a long dark dress glides ethereally up and down the staircase. The gaiety of current clients cannot silence the spirits of those who refuse to be forgotten.

The basement had dirt floor cells with iron doors and cages for the unruly. In contrast, a significant portion of the building was a beautiful home for the facility's superintendents and their families, elegantly furnished with posh amenities of the Victorian era. Now it is a living museum, filled with antiques and artifacts of days gone by, displays that tell the history of Ohio and its people.

But strange things are afoot at the history center. Disembodied voices, ghostly moans, and children's cries pierce the silence. Large shadowy figures appear to dart along the hallways. A dark energy roams the basement, appearing at times as a pulsating black mass. The ghost of the matron, a severe and silent woman, still holds vigil on the old dormitory floors, keeping a cold watchful on her flock.

Mission San Miguel - San Luis Obispo, California
Founded by a Franciscan priest in 1797, the mission was one of a long chain of missions along the road known as the El Camino Real. The Franciscans established these respites along the coastline like a chain to heaven, converting many of the local people to Christianity along the way.

The beautiful church built in 1821 still stands today. The mission was secularized in 1834, and in 1848 a civilian named Reed became the proprietor, turning the property into a much needed hotel and general store. Rumors spread that Reed had a plethora of gold on hand at all times. A tragic robbery turned murder left Reed, his family, and his staff brutally slain for a sack of gold. Their dismembered parts were buried in a communal grave in the church's cemetery.

Today the Mission San Miguel is once again a working church, retaining much of its original character and beauty. The grounds are a museum, a tribute to its former occupants. Encased in the adobe walls are the memories of those who fell victim to its darker days. Phantom priests of decades past return to keep a watchful eye on the congregation. The ghosts of the native people walk amongst the buildings of the old fort acting as protectors of the land. And the spirits of the slaughtered Reed family still linger, seeking justice from beyond the grave.