Every city has its culinary icons — say deep-dish pizza in Chicago or pastrami on rye in New York City — but as the dining scene evolves, so does the concept of a classic dish. Uncover the new generation of must-try eats below. (Feature photo by Danya Henninger)

The New Classic Wings: Tiger Wings at Ace in Denver 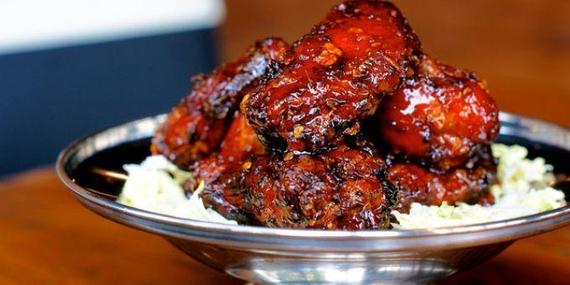 Chicken wings are a dime a dozen, and while they're a bar-snack staple at just about every watering hole in the city, the triple-fried Tiger Wings at Ace are in a league all their own. Simultaneously crispy, salty, tangy and sweet, their flavor is intensified by the addition of sambal and fish sauce, the pungent Asian condiment that punctuates everything from papaya salad to peanut sauce. They're finished in the wok for maximum crispiness, and chef Brandon Biederman estimates that he sells 1,000 wings on most days, and on Tuesday, which is wing night, he'll sell upwards of 1,600 individual wings.
Price: $10
501 E. 17th Ave.; 303-800-7705 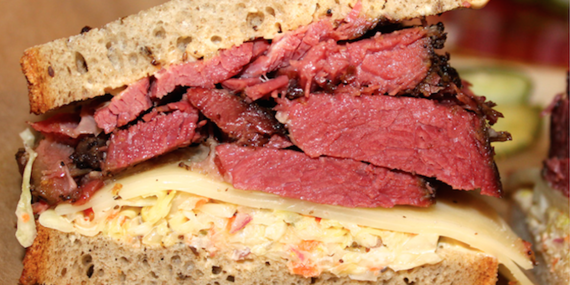 Chef Micah Wexler isn't copying Langer's famous pastrami sandwich at his new-old-school deli at the Grand Central Market. The MacArthur Park is simply an ode to the iconic pastrami sandwich from the historic deli and diner. But Wexler's house-smoked pastrami with the great coleslaw, Swiss cheese and Russian dressing has fast garnered its own cult following. The lines are often long here, and while Wexler's closes at 4 PM during the week, already on the earlier side of other GCM stalls, on a super-crazy-busy day, they might sell out.
Price: $12
317 S. Broadway 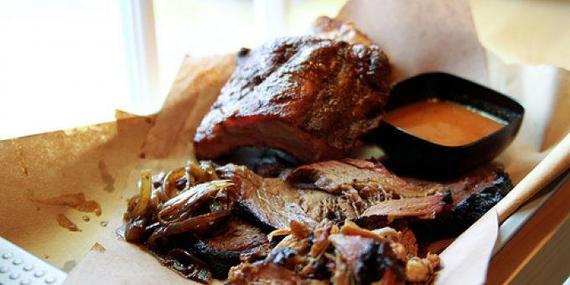 You can find classic Southern barbecue at plenty of Atlanta places. What you can't find everywhere, but we're glad you can find here, is barbecue steeped in the traditions of the American South, but incorporating newer cultural additions to our community. Doesn't hurt that it's delicious, either.
Price: $9
2243 Akers Mill Rd.; 770-850-1008 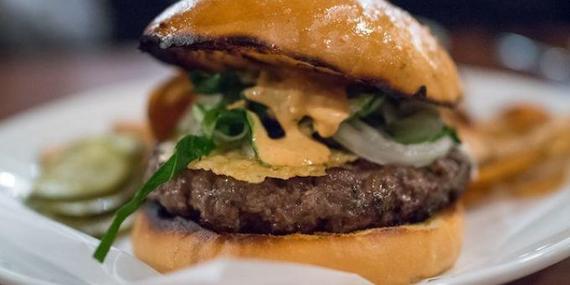 Show up early to chef Michael Scelfo's Harvard Square hot spot. His "Secret Burger" (which is in fact listed on the menu) is available in limited quantities nightly. But the flavorful combo of a short rib, brisket and plate steak grind, salted onions, Cabot cheese tuile and no-name sauce still makes a wide enough impression to be regarded as a new classic. Just ask readers who sent it to the top five in our recent poll of Boston's Best Burgers. Not bad for a barely year-old burger. (Photo by Jennifer Che)
Price: $16
40 Brattle St., Cambridge; 617-864-2100 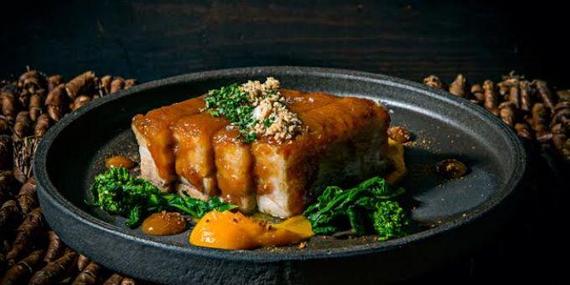 ​The Pubbelly Boys definitely live up to their name, perfecting pork belly in a variety of plates, including this sweet and salty masterpiece. It's made with tangy butterscotch miso, which owner Andreas Schreiner says transforms the dish into serious "pork candy."
Price: $17
1418 20th St.; 305-532-7555

The New Classic Breakfast Sandwich: The Hickory Town at High Street on Market in Philadelphia 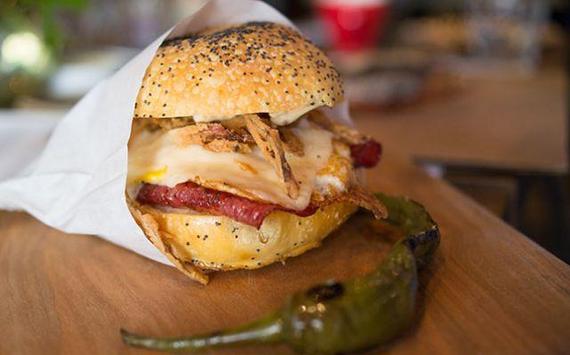 At their Old City cafe (soon expanding to NYC), Eli Kulp and Ellen Yin have managed to achieve an elusive balance -- whether it's for breakfast, lunch or dinner, their menus perch on the precarious apex where innovation and comfort cross. One morning result is this sandwich of Lancaster bologna, smoked cheddar, housemade hot sauce, fried red onions and a fried egg, all piled onto a house-baked poppyseed kaiser roll. (Photo by Danya Henninger)
Price: $10
308 Market St.; 215-625-0988 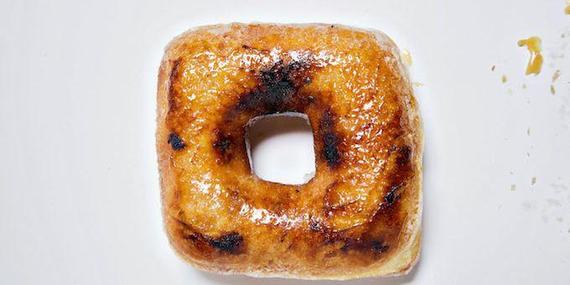 This is the most popular donut on the menu at Astro -- and perhaps the most delicious donut in the city. Filled with vanilla custard and torched with a vanilla bean glaze, this square marvel changed the way Washingtonians thought about donuts. It often sells out by 3 PM.
Price: $2.95 each
1308 G St. NW; 202-809-5565

The New Classic Brisket: Brisket From La Barbecue in Austin 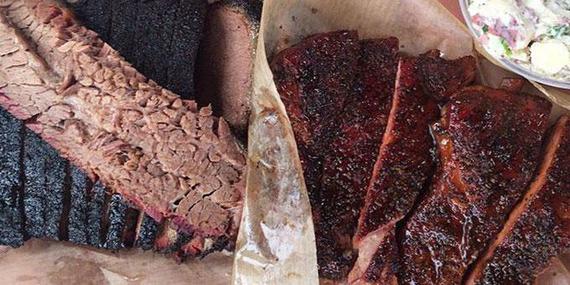 You thought it was going to be Franklin, right? While that brisket will always be essential, so are pitmaster John Lewis' masterpieces. Be prepared to brave a line here too, since word is definitely out about the tender, fall-apart brisket with a thick, peppery crust.
Price: $20 per lb.
902 E. Cesar Chavez St.; 512-605-9696

To read about more iconic dishes, get the complete story on Zagat!

The 10 Hottest Restaurants in Las Vegas