Can't get enough of those cray-cray contestants on Tyra Banks' ubiquitous "America's Next Top Model"? Starting in January, you'll be able to smell like them.

The "ANTM" perfume is aimed at "females in their late teens to early 30's." And what does it smell like?

Dream Come True's top notes are red currant, honeydew and pink freesia; the middle notes are Amazonian lily, plum blossom and empress peony; and the bottom notes are blondewood, Tahitian vanilla, pink sugar and sparkling musk. "If you were announced as winner of the show, it would be an optimistic, sweet moment," said [Ben] Bennett [Hatch Beauty's creative director and managing partner]. "In thinking about the customer, we know she loves fantasy. That is what the show is all about. We wanted there to be a very sweet, ethereal sensibility to the fragrance."

This is the first fragrance inspired by "America's Next Top Model," currently in its 17th -- yes, 17th! -- season on the CW, but the series has spawned tons of other ventures in its history, most recently in the form of two new TV shows: a Bar Refaeli knockoff, and a new show from season 3's winner Eva Marcille.

Weigh in on our poll below: would you try ANTM's new scent? 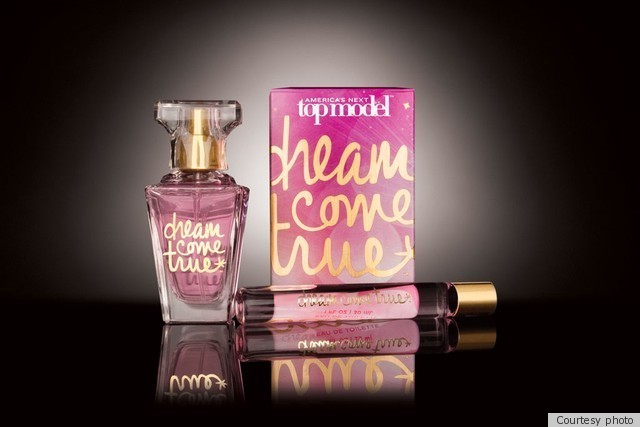 More:
targetamerica's next top modelPerfumeTyra BanksVideo
Newsletter Sign Up
An essential daily guide to achieving the good life
Subscribe to our lifestyle email.
Successfully Subscribed!
Realness delivered to your inbox