From 24/7 Wall St.: The U.S. Census Bureau released two pieces of widely followed data Tuesday — one on poverty and the other on median income for 2010. The most interesting findings in this release were the state-by-state figures, especially when compared to national averages. A closer look at the statistics shows that a relatively small number of states suffer such widespread levels of low income and poverty that they skew the national numbers downward.

The national poverty rate last year was 15.1%. That is up from 11.3% in 2000 and is the highest it has been since 1993. Over 46 million people lived below the poverty line in 2010. The cut-off for that line is households of four people who made under $22,314. The other troubling news was that median income per household nationwide was an inflation-adjusted $49,445. This is about the same as in 1989 and down 2.3% from 2009. Economists fear that Americans are not consumers. It is easy to tell why when their real income has been frozen in place for more than two decades.

The problems of poverty and low income are as much local as national. The poverty rate is 21% in Mississippi. The state also has the lowest median income at $36,850. Mississippi is among the states with the worst education systems, highest obesity levels, highest unemployment, and lowest rates of health insurance coverage. The state is an economic black hole, and it shows in the way people suffer there. And, as is true with black holes, it is nearly impossible for the residents of Mississippi to escape their difficult financial situations. There is a dearth of federal programs that target specific states and cities based on local economic need.

24/7 Wall St. reviewed census data from all 50 states on median income, poverty rates, unemployment, and lack of health insurance. We then identified the ten states that have the lowest median income. We also looked at why low-income households are concentrated in these states and what, in some cases, has been done to reverse the difficult situations.

These are the poorest states in America, according to 24/7 Wall St.: 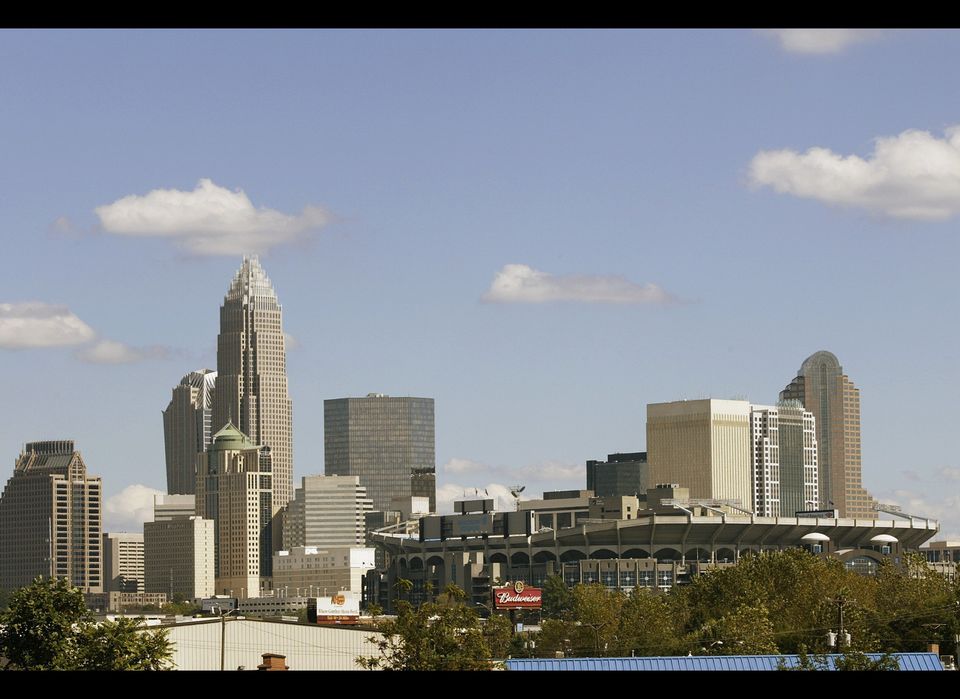 1 / 10
10. North Carolina
<strong>Median income:</strong> $43,275 <strong>Poverty rate: </strong>16.1% (tied for 9th highest) <strong>Without health insurance:</strong> 16.7% (13th highest) <strong>Unemployment:</strong> 10.1% (9th highest) North Carolina has one of the lowest median incomes in the country. It does not perform much better on other metrics related to poverty. There have been a number of programs implemented to help combat poverty in the state recently. One example is the No Kid Hungry program which aims to end childhood hunger in North Carolina by 2015. According to information from the program, "more than 1 in 4 children in North Carolina do not get sufficient food." <a href="http://247wallst.com/2011/09/14/americas-poorest-states/" target="_hplink">Read more at 24/7 Wall St.</a>
Getty