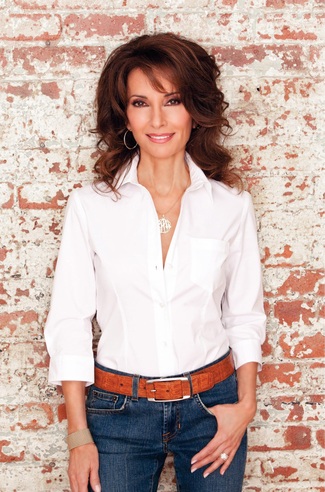 Growing up I would run home from school, throw down my books and enter the magical world of All My Children's Pine Valley. My favorite character along with millions of other fans was Erica Kane played by Susan Lucci. Erica was a complex and driven woman -- to say the least -- who recreated herself over and over.

When All My Children came to an end in 2011, it seemed Susan Lucci took a page from Erica Kane's handbook. The reinvention began. Some critics charged that Lucci's career was over. Those who underestimated her made a big mistake.

Shortly after All My Children ended, Lucci quickly picked herself up and found new opportunities. Multi-tasking roles was nothing new to her. Over the years, she starred in TV movies, earned rave reviews on Broadway, hosted award shows and Saturday Night Live, and even sold her own line of hair products. Her ambition set her apart from many other daytime divas. It also doesn't hurt she is beautiful -- with long flowing chestnut brown hair, big doe eyes and a smile that could light up the darkest corner of the Earth.

Despite her longevity and appeal, for many years Lucci was also known for losing. She lost in the Best Actress Emmy category 18 times. Her losses became tabloid fodder and running jokes on late-night television. Then in 1999 she finally grabbed the gold statue. Her win made headlines and received one of the longest standing ovations in television history.

These days Lucci commutes from New York to Atlanta, where her star continues to shine brightly on the set of Devious Maids. Lucci plays the vulnerable and often times naïve Genevieve Delatour. The show, which revolves around Latino maids in Beverly Hills homes, premieres its fourth season on June 6. Lucci beams while talking about the show she says is not only hilarious, but full of humanity.

"The takeaway is no one is defined by his or her bank account or what he or she does for a living. It has much more to do with who they are as people," Lucci says. "If you watch the show you might recognize someone you know, someone you don't want to know or maybe even yourself."

After being famous for close to 50 years, people feel they truly know Susan Lucci.

"I think people know way more than I ever imagine," Lucci says with a girlish giggle.

Lucci is honest and speaks candidly about her personal life. Her 46-year marriage to Helmut Huber has stood the test of time. From the beginning she says she was attracted to Huber's sense of humor and self-confidence, and throughout the years she says that attraction has just grown.

"If you have a wife who has been married 142 times to other guys and kissing them on TV and your friends saw it and you saw it, it's good to have a lot of self-confidence and a great sense of humor," Lucci says making light of all of Erica Kane's romances. "Anybody who goes through life knows you have your ups and downs, and he has always just been a rock. That's been wonderful for very emotional me." 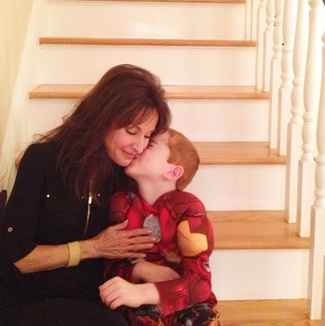 Lucci and Huber have two children, Andreas and Liza, who is the mother of four children. In 2010 Liza's son, Brendan, 7, was diagnosed with Cerebral Palsy. Brendan recently had selective dorsal rhizotomy surgery, which involves cutting some of the sensory nerve fibers in the lower spinal cord. The operation was a success. Today Brendan's feet are flat on the floor, and he can stand up straight.

Lucci also stands up for Cerebral Palsy, using her celebrity to educate others. She makes it clear that it's a condition and not a disease.

"Those who knew and loved him from the beginning knew that Cerebral Palsy didn't define him," Lucci says about her grandson. "He's very engaging. I always say he has velvet eyes. He's got an enormous spirit."

It's a cocktail of charm, glamour, determination, and undeniable resilience that makes us stay in love with Susan Lucci. She's a survivor -- a legend.

"When you say how long I've been married or how long I've been in the business, those numbers are big and takes me a moment to realize that they apply to me," says Lucci. "It goes by very quickly, and it's kind of shocking. I can't say I regret anything."

"Devious Maids" premieres on Lifetime June 6 at 9/8c. Lucci will also return to QVC on June 18 with the Pilates Pro Chair.