From 24/7 Wall St.: For three years, the real estate market has been going in one direction — primarily down. Some areas, however, have begun to recover. Recent S&P/Case-Shiller data show that among the top 20 housing markets in the U.S., 18 had very modest improvements in sales prices during May. Others, like Washington and Boston, have began to at least stabilize from a year ago.

Few markets, however, can match Washington and Boston. Robert Shiller has been stating that home prices could fall another 10% in the next year. Inventories in some major metropolitan areas would take years of sales to get back to 2005 levels. Then, the normal inventory of homes for sale was replaced on average every six months and it was unusual for a house to be on the market for a year. Foreclosure rates remain high and only the robo-signing scandal has slowed the process.

Once this is resolved, economists fear the market will be flooded with even more vacant, unsold homes.24/7 Wall St. has taken a new look at the housing market to find the very weakest cities by identifying those with the highest homeowner vacancy rates and rental vacancy rates. These are markets where demand has clearly collapsed. These are cities where the requirement for living space has dropped well below the national average.

Further, vacancy rates of many cities were stable during the recession, but accelerated sharply higher in the last year. Similarly, housing prices in several of these markets have decreased at a faster rate in the last three quarters than during the recession. These cities, like Detroit, St. Louis, Dayton, and Atlanta, also tend to be larger and older among the top 75 metropolitan areas. Their economies were damaged long before the recession.

Methodology: 24/7 Wall St. pulled Census data on the 75 largest U.S. metropolitan areas and ranked the cities with the highest overall vacancy rates for both homeowner vacancy and rental vacancy for the second quarter of 2011. We picked the cities with the worst rates in each of the two categories to create meta-data ranks. We then removed the cities that had either improved homeowner vacancy rate in either the last twelve months or the last quarter. We believed that any sign of improvement in homeowner vacancies, the more telling of the vacancy rates, should disqualify a city. To improve our analysis, we also looked at unemployment rates for these cities provided by the Bureau of Labor Statistics. We also used historical median home prices, as provided by the National Association of Realtors. 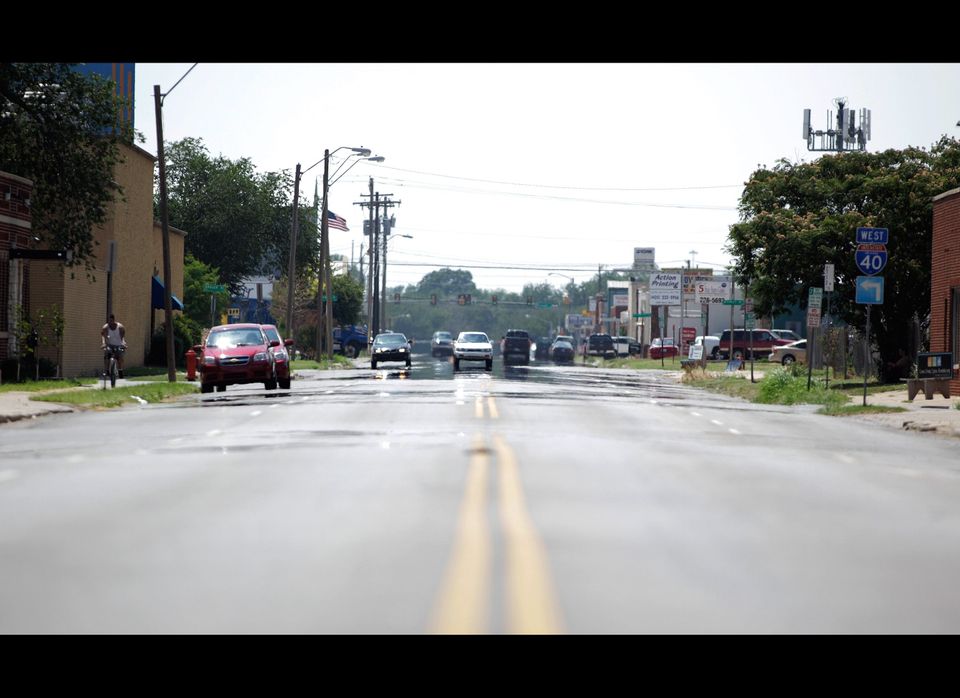