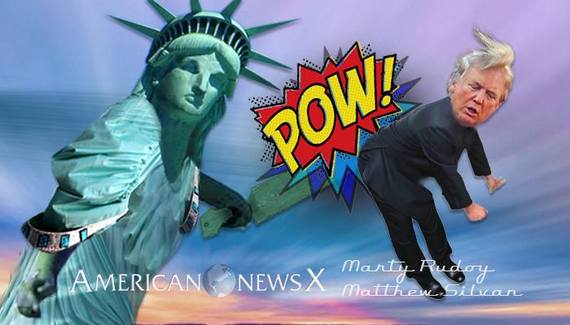 The women of America have voted Donald Trump off the island.

The most recent complaints about Trump's unacceptable attitudes about women center around his reprehensible comments on abortion.

At a recent political infomercial dubbed a "Town Hall" on MSNBC, Trump astonished all sentient life forms when he opined that women who have abortions should be punished by society.

Pardon me, but when did the free exercise of a constitutional right become a subject for punishment?

Why should we even talk about punishing legal abortions? What kind of idiotic question was that, Chris Matthews? Paging Franz Kafka.

We don't talk about punishing the free exercise of mass-shooters' second amendment rights to kill 32 toddlers in 32/100ths of a second. It's never the right time to talk about that.

Why don't any of those strict constitutionalist scholars on Fox News ever come to the defense of women's free exercise of their fourteenth amendment rights to privacy and an abortion? Rights are rights, whether you think they're right or not. The right should appreciate that. Right?

Maybe one of these slogans will work:

The only thing that stops a bad back-alley abortion is a good abortion in a safe legal setting.

"No, not snappy enough." How about:

You can have my birth control pills when you pry them from my cold, dead pleasured hands.

When abortions are outlawed, everyone is an outlaw because God.

Here's the problem: Roe v. Wade is an out law. It's so far out of fashion, nobody even recognizes it as a law anymore.

Note to Abraham Lincoln: you only freed the slaves who had a penis. Come back and finish the job.

Trump gives a pass to the men who made the woman pregnant, saying that they shouldn't be punished. You'd think they'd either be guilty of "breaking and entering" or "accessories after the act." Fortunately for them, they have penile immunity. It's in the penal code. Look it up.

It is assumed, then, that each of Donald Trump's three wives have had abortions, since each has been punished by being married to Donald Trump.

Trump has since backpedaled, probably under threat of no more sex from wife #3, but the damage was done. Wife #3 must live under the constant fear that the future Mrs. Donald Trump #4 is going through customs on her way to America right now.

Here are their top three suggestions:

This comes after Trump graciously came to the defense of Mrs. Trump #3 after her nearly nude photo was leaked online by an anti-Trump Super PAC. Trump saw nothing wrong with the photo itself but was nevertheless offended, presumably because he didn't get his license fee for the PAC's use of the photo. 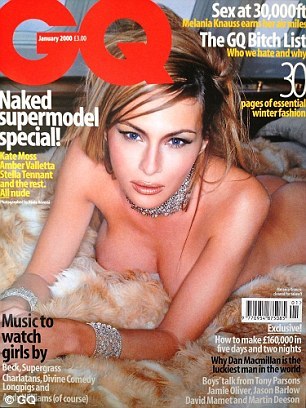 Even Trump's male supporters, like columnasty Ann Coulter, are starting to question his sanity.

So the women of America, 73% of them now, say that Donald Trump is unqualified to be President.
Its time to abort Donald Trump, retroactively.

Unfortunately, 100% of Republicans will soon say that Donald Trump is qualified to be its candidate for the presidency. They'll sing "Kumbaya" and go home to campaign.

We all know that the Republicans will circle the wagons and they'll all support Trump if he is the party nominee, regardless of how officious he is.

Words you will never hear from me: "I hate eggplant, but I will support eggplant if it's the nominee of my dinner party." Please, include me out.

While it's tempting to build a wall around Donald Trump and make him pay for it to keep him out of the limelight, that will not solve the problem. Trump must be banished from the land, along with all 12 million of his voters.

The rest of the civilized world is having a nightmare and we are it.

Hooray for Brunei Airlines! An all-female crew landed a Brunei Airlines plane in mega-repressive Saudi Arabia. Women can't even drive a car in Saudi Arabia but these 3 women laid down a jumbo jet on a Saudi Arabia tarmac. Bravo for them. Then ... their husbands had to drive them to the hotel.

For a political party that wants to get government off our backs, Republicans sure want to get all up in everybody's bidness.

Republicans must not have been properly potty trained. Their governors are preoccupied with controlling where you pee and who touches your there with what. It's amazing to me that southern states are still fighting over bathroom rules. I guess they weren't ready for indoor plumbing, after all.

You want to punish women who have an abortion? Your being in this country is punishment enough. Donald Trump. You diminish every American.

Get out of our country, Mr. Trump, and don't let the Statue of Liberty hit you on the way out.