Even back in Shakespeare’s day, the Bard knew, “Better three hours too soon, than one minute too late.” But although the advice about punctuality may be eternal, time management in the 21st Century is a lot different than it was in Elizabethan England. Today’s super-busy small business owners may still have only 24 hours, but between apps and devices and time management systems galore, they have a lot more ways to slice them up. 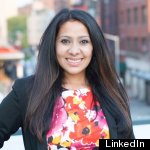 That’s good news to extra-busy entrepreneurs Urvashi Mathur, chief operating officer of online test prep startup TestRocker. Mathur manages her time as well as the activities of the year-old New York City company’s staff of seven, including her sister as chief executive and mother as chief content officer, with the help of a robust roster of apps, Web services and other tools. “Technology always comes into play in some way,” Mathur says. “We’re always relying on it.”

Before she boots up her devices and software, however, Mathur starts with a time management philosophy based on two things: Prioritizing, and minimizing unnecessary meetings. Each morning on the train to the office she draws up a list of three things she absolutely has to get done that day.

“I used to make a list of 20 things,” Mathur says. But she found that the minute she walked in the door, most the things on the list immediately became impossible to accomplish that day. So she trimmed it to just three essentials. “No matter what happens during the day, I have to get those three things done,” she says.

A similar urgency drives her effort to reduce needless meetings. “It was impossible to actually get anything done,” she says.

To reduce counterproductive conferences, she employs Trello, a smartphone app for organizing, collaborating and managing projects. “It’s a really good organizational app,” Mathur says. “It has the ability to create to-do lists you can filter by project. Or you can create a whole board for one project.”

In particular, Trello lets her team members feed her updates on the status of their project without her having to contact them directly. “With Trello, they can just share their board with me and I can see if a task has been updated. If they have a note or question, they can put it in Trello,” she says.

Streak is another app Mathur relies on. It’s a CRM product that works with Gmail to help manage relationships without having to leave your inbox. Though primarily targeting sales and support functions, it can be employed as a to-do list and for project management. Mathur uses it to group email exchanges into Boxes and Pipelines, allowing her to quickly see, for instance, what her business development team has been talking with a particular organization about, or who has been invited to an event, and who has RSVP’d.

Mathur uses the free versions of apps she employs for time management, and she says training time on the technical aspects of using them is minimal. It does take time to teach people how to, for instance, correctly label things using Trello, and to get them to save the latest versions of files to online document storage and collaboration site Dropbox.

And she hasn’t been able to completely avoid meetings.

“Some things,” she says, “are too complicated to type out and explain.” But she’s looking all the time for additional tools and technologies to help her manage her and her employees’ time more effectively. A recent addition is Doodle, a group scheduling app she finds invaluable when setting up meetings with people in their Singapore office. “It’s so much faster than sending 100 emails trying to coordinate with a 12-hour time difference,” she says.

Marc Ostrofsky doesn’t like to spend a lot of time meeting with employees either. “I try to stay out of the way,” says Ostrofsky, author of just-released book on apps and technology, Word of Mouse, as well as president of RazorMediaGroup, the Houston-based parent of e-commerce sites CuffLinks.com, Blinds.com, SummerCamps.com and eTickets.com, which together generate $75 million in annual sales. 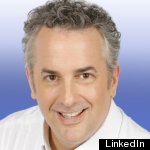 “Having four companies all in different places, I am on the phone or more often on email with management weekly,” he says. But his overriding philosophy is to “hire great people, give them a percentage of the profits and stay out of their way.”

That works for RazorMediaGroup’s prosperities, but for himself, Ostrofsky is a stickler for time management, and for the employment of technology to that end. “Automate at every level possible,” he says, “but not to much so that the customer gets angry.” For instance, he is an evangelist for database management tools, particularly Infusionsoft sales and marketing software, but critical of companies that never let customers talk to a real person. “Try to get hold of a live person at Facebook, LinkedIn or Twitter,” he gripes. “It's just not possible.”

One of the personal apps he uses to keep his time under control is SignNow, an app that lets him avoid having to print and snail mail or fax hard copies of documents he needs to sign. With SignNow, he opens the document within the app, applies his signature on the touchscreen with his fingernail, and taps “return” to send it back. The app starts at $99 per year for a three-user version.

Camera to PDF lets Ostrofsky use his phone’s camera like a scanner, snapping photos of documents that are then converted into PDFs. He can scan receipts, contracts and other paperwork without having an actual scanner on hand, then email them or save them to Dropbox.

Although he’s a certified technophile, Ostrofsky recognizes that digital management is no magic solution. If humans don’t communicate and coordinate it can all be for naught, he says. “The biggest issue is people, staff and management all being on the same channel,” he says. “In the competitive world we live in, it breaks down to great communication.” 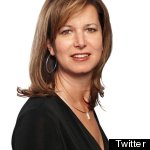 Jill Z. McBride picked up her foundation in time management in the competitor world of yesterday. “Way back when, I took a Franklin Planner class,” recalls the president of Cincinnati-based Forza Marketing. “Even though the tool is no longer applicable — I can’t imagine carrying around a big book anymore — what I learned stuck with me.” The central lesson: Prioritize. “I make a list in the morning of stuff I have to get done before I go home,” says McBride.

Another takeaway is a time-management principle called “touch it once” that is usually attributed to self-help author David Allen as part of his Getting Things Done method. The idea is to touch a letter, bill, email or other item only once before filing it, forwarding, paying it or simply trashing it. McBride says people too often handle the same things repeatedly without acting on them. “They’re so worried they’re going to forget something, they keep going back through stuff,” she says.

Philosophy aside, McBride is a dedicated technologist who employs a slew of apps to help her stay focused and efficient. Wunderlist is an app that manages her to do list and syncs across multiple devices. “It lets you have your to-do list with you on your laptop, your cell phone and your iPad,” she says.

The ever-popular Evernote app helps her keep track of frequently used information. “The files are fully searchable so you can find key words even if they are within a document,” McBride says.

All these super-busy small business owners agree that technology is an aide, not the end of the problem. Even with their electronic assistants, they spend plenty of time in face-to-face, phone and other communications coordinating with team members, customers and others. And they are all, always, talking to other small business owners about what new apps and tools could be available to help them out.

Making the best use of time is a challenge that has been around for centuries. And if we’re not quite ready to declare it conquered, as these super-busy entrepreneurs show, we’ve definitely come to appreciate its necessity. “I believe that time management is really important,” Mathur says. “It’s the only way to be efficient in managing your time and managing a company.”

This article is part of a series in partnership with American Express OPEN. For more productivity tips, head to OPEN Forum. As a member, you'll be a part of an advice-sharing community where business owners come together to exchange experiences and insights, inspiring and supporting each other to succeed.