Two former Amherst College students who said they had been raped at the school in Massachusetts filed complaints with the U.S. Department of Education, accusing the school of improper responses that one woman said included sending her to a psychiatric ward. Six current and former students at Vanderbilt University also filed Education Department complaints, saying the school in Nashville, Tenn., failed to properly respond to their reports of sex crimes or harassment. One said the university pressured her to allow the school to handle a stalking complaint, but failed to take action against the accused stalker.

The complaints accuse both schools of violating the federal Clery Act campus safety law by underreporting sexual assaults, and the federal gender equity law Title IX by not providing adequate resources for victims of campus assault and harassment.

Discussion of sex crimes has been heightened on both campuses. At Vanderbilt, four former football players were indicted over the summer, accused of raping an unconscious woman in a dorm room. At Amherst, Angie Epifano, a former student who filed a federal complaint Thursday, wrote a lengthy op-ed in the student newspaper in 2012 describing the college's response to her rape that stirred awareness of the issue.

Administrators at both schools said they had not yet seen the complaints. Amherst President Biddy Martin said in a statement to The Huffington Post that the college has "made significant improvements in policy, procedure, educational programming, and staffing," and will add a new Title IX coordinator in December.

"Last year, a group of articulate and courageous students disclosed a range of problems in our previous efforts to prevent and respond to incidents of sexual misconduct and assault," Martin said. "Led by the staff, faculty, and students on the Title IX team, the college has made much-needed changes. We are responding to reports of sexual misconduct and assault by taking appropriate steps to eliminate the misconduct, prevent its recurrence and address its effects."

"We have long had policies and procedures in place to deal with complaints of sexual misconduct and to support students who report incidents of sexual misconduct and violence," Fortune said. "We review and update those measures on a regular basis and are always seeking ways to make them as effective as possible. We will cooperate fully with the Department of Education in any review it undertakes."

The complaints against Amherst said the school fosters a sexually hostile environment and gave examples that include male students shouting from dorms, "Give us your virgins, but only the hot ones!" and an unsanctioned fraternity's distribution of T-shirts that pictured a pig next to a keg while a hog-tied woman in a bikini was strung across an open fire. The shirt read, "Roasting Fat Ones Since 1847: Bavaria 2012." 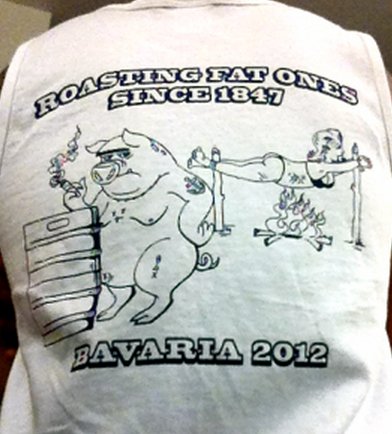 Epifano's op-ed article, included in her complaint, claimed Amherst did not provide assistance after she disclosed that she'd been raped. Instead, after telling counselors she was depressed, Epifano said the college sent her to a psychiatric ward and she struggled to resume her studies. She withdrew in the summer of 2012.

Epifano's complaint includes emails she received following the publication of her op-ed. Some were from women who said they, too, had been sexually assaulted at Amherst, but did not report the crimes.

The other Amherst complainant, who was not named, said she was victim of an attempted sexual assault in April 2010, which she didn't report, and was raped in spring 2012 by a member of an unsanctioned fraternity, according to the complaint. She arranged meetings with a school counselor in the fall 2012 semester to speak about her depression, who she disclosed the fraternity rape to, after the assailant had graduated. The counselor never followed up about the assault, the complaint said.

The student said her case was transferred to a college psychiatrist, who asked her in a meeting on Nov. 15, 2012 -- after Epifano's op-ed was printed and the college held a "day of dialogue" to discuss it -- "If you were to kill yourself, how would you do it?” The student said she had no desire to commit suicide and didn't want to answer. The psychiatrist announced later in the meeting that an ambulance was on the way, according to the complaint. The student said she objected, stating she was depressed but in control.

The psychiatrist responded, according to the complaint, that she could not "retract" her decision, and said, "This is for the best. ... Your parents would want this for you."

"I told the counseling center team that surrounded me that I had zero intention of killing myself and pleaded with them to change this manipulative and extreme course of action, but they would not reverse their decision," the anonymous student wrote. "I was told that if I did not cooperate that they would call the police to track me down."

A hospital social worker told her she was "bearing the brunt" of the school's fear of liability, which lands Amherst students in the hospital more frequently than the rest of the Five Colleges, according to the complaint. She was released that afternoon after her parents, who paid her tuition, intervened.

"My counselor chose not to respond when I talked about sexual assault," the student said. "She instead led me to believe that I was depressed for other reasons. When my case became too 'complicated' to handle, I was passed on to the psychiatrist and then the hospital."

In the complaints against Vanderbilt, the students and former students alleged that the campus is a sexually hostile environment and that the school mishandled complaints of sexual assault and stalking and dissuaded students from reporting sexual violence.

Sarah O'Brien, a 2013 graduate, said she was sexually assaulted her freshman year by another student, but didn't feel comfortable reporting it to the university "largely due to some horror stories I heard from other students reporting." She said she disclosed the assault to university counselors during her junior and senior years, but they neither took action nor referred her to victim resources. O'Brien said she was diagnosed with post-traumatic stress syndrome by an off-campus clinic during her senior year.

"I didn't get diagnosed until a year after I started seeing someone at Vanderbilt," O'Brien said.

Another 2013 Vanderbilt graduate complained she was stalked and harassed by a female student, but the university convinced her to allow the school to handle it rather than seek a legal restraining order. That former student, who filed the complaint anonymously, said the school failed to punish the stalker. The four additional Vanderbilt complainants also filed anonymously.

"I was scared to walk on or around campus alone, even during the daytime, and took a leave of absence," the graduate said. "... I cannot help but think that my case would have been taken more seriously had she been a male or had I been the child of a university donor."

Both Amherst and Vanderbilt have announced reform measures meant to improve how sexual misconduct is handled on their respective campuses, but students have said it's not enough.

Epifano said she returned to the campus in August 2013 and found that new students who had attended orientation were unaware of campus sexual violence, and residence halls contained no information for victims.

"The Amherst administration was not following through with the promises that they made," Epifano wrote in the complaint.

Amherst, Vanderbilt Accused Of Botching Sexual Assault Complaints
It Happens Here: Photos Of Men And Women Who Were Sexually Assaulted At Amherst College 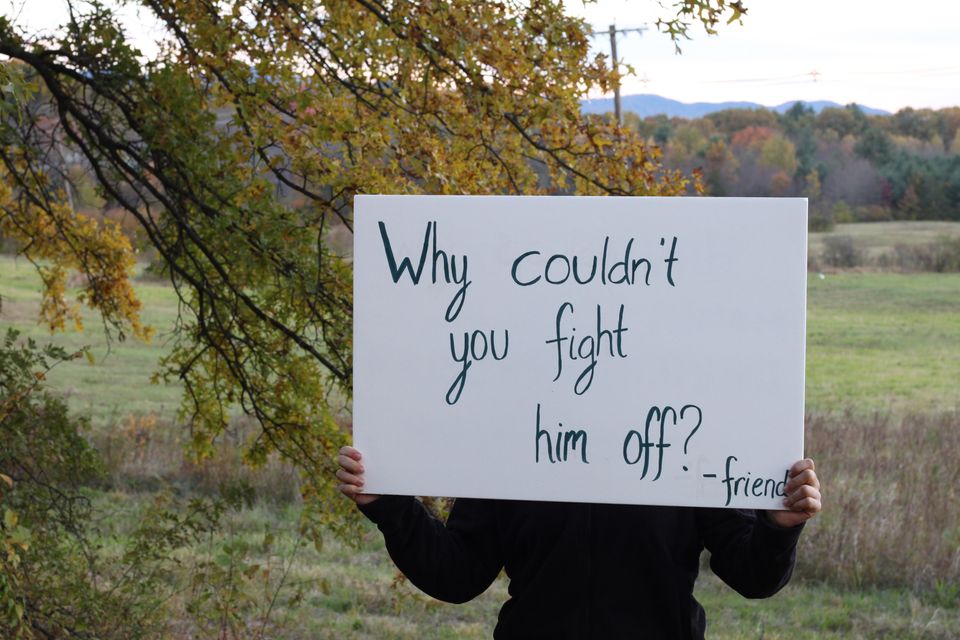