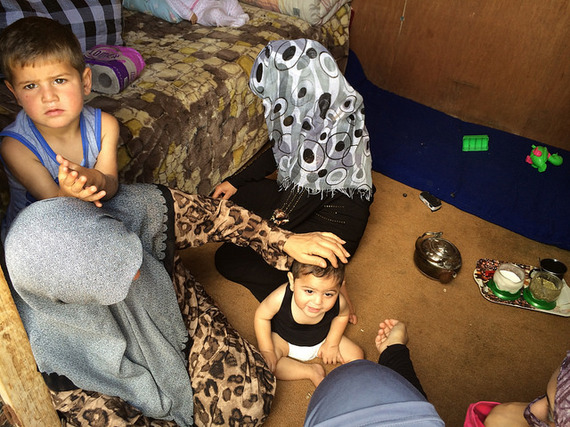 There is enough trouble out there to keep any policymaker up at night. Recent volatility has roiled Chinese and global stock markets, commodity prices have slumped, and security concerns are rising. All of this raises serious questions over the health of the global economy. This year could shape up to be risky, full of challenges and concerns for the fight against poverty. We ended 2015 with good news: For the first time in history, the number of extremely poor people dropped below 10 percent of the world's population. The new Sustainable Development Goals and the Paris climate deal bring momentum to our effort to lift the remaining 700 million extremely poor people out of poverty while generating climate-smart economic growth. Hardly ever before have so many governments, businesses, international organizations and civil society groups agreed on such ambitious targets and put global public goods before national interests. Now, politicians will have to turn words into action. And it seems that 2016 may be a year in which smart and decisive leadership is badly needed. First, the global economic recovery is weak. While the United States is showing strength, Europe and Japan remain fragile. More worrisome is that emerging economies and developing countries--the last decade's engines of growth--are underperforming. Brazil and Russia are in recession and China is slowing. Global trade is not picking up and productivity growth remains weak. Second, commodity prices will likely stay low. Oil supplies are high and demand is not expected to pick up soon, particularly from the former economic power engines in emerging markets. As a consequence, exporters are feeling the pinch and their budgets are showing gaping holes. Low prices are good for importers; they can open space for critical energy-policy reforms, like removing harmful subsidies. But 30 percent of the poor live in oil-exporting countries and budget shortfalls in these countries cut into social-welfare spending and other pro-poor measures. Third, we are experiencing the worst El Niño since the late 1990s, which will expose over 10 million people in East and Southern Africa, Central America, and the Caribbean to acute food insecurity. Climate change is exacerbating these effects. The fourth issue is the growing number of conflicts. As a result, 60 million people - the highest number since WWII - are now forcibly displaced within their own countries or live as refugees abroad. Conflict and persecution continue to cause massive human suffering and erode social cohesion in whole societies, accompanied by economic standstill. These risks are global in nature and often reinforce each other. With the potential to spill over, they need global, coordinated responses. At the minimum they present a complex set of risks and challenges. In a worst case scenario, they could result in a setback in which the poor and vulnerable will be affected most. We need global efforts to preserve and increase the gains we made in the fight against poverty. But we won't succeed without good leadership.

In 2017, when we look back on the year behind us, one group of leaders should stand out: The policymakers who tackle deep reforms to make their economies more resilient against the global wave of uncertainties, who implement fiscal policies that protect spending for the poor while preserving scarce resources, and who uncompromisingly improve productivity, while pursuing inclusive policies to limit the gap and possible tensions between the haves and the have-nots. With limited policy space and strong headwinds, they will have to make tough decisions to implement change. They will have to take on powerful interest groups. Their popularity may suffer and the success of their actions may not be felt for months or even years. They have to stay focused and committed to helping people leave poverty behind and protecting them from falling back. They have to do this because it is morally right and economically smart. So, at the outset of a year with an uncertain global economic environment, low commodity prices, volatile weather and ever-rising security concerns, what I worry most about is that we won't have enough leaders with the political will to not just survive the storm, but emerge as winners in the fight against poverty.