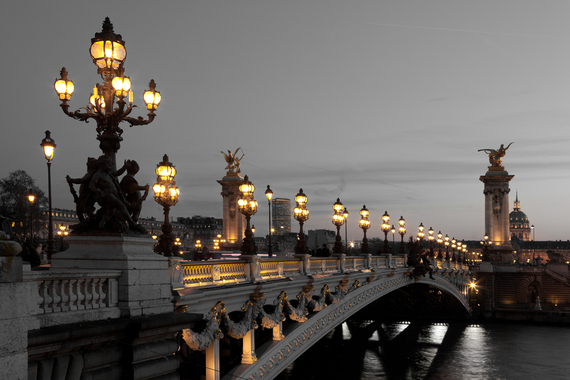 Jocelyn Holgado knew that her reservation at the Hôtel de Varenne in Paris was nonrefundable. But then the terrorist attacks on Paris happened, and the world suddenly felt more dangerous, and she figured the Varenne might make an exception.

Holgado, a nurse anesthetist from Burlington, N.J., figured wrong. Even though she was scheduled to check in only two days after the Nov. 13 attacks that killed 129, and even though her online travel agency, Expedia, tried to negotiate a refund, the hotel responded to repeated requests for an exception with a firm "Non."

"Out of concern for our safety and the fact that France had closed its borders and major attractions, we elected to postpone our trip," Holgado says.

Many travelers are faced with the same questions. Is it safe to travel, particularly to Europe? If I go, what should I know? If I cancel, what will I lose?

Travel may seem riskier, particularly in light of the worldwide U.S. State Department alert issued last week, which cautioned of a "possible" risk to travelers from the Islamic State, al-Qaeda, Boko Haram and other terrorist groups. The government warned that the groups are planning terrorist attacks in multiple regions.

"While the new terrorist attacks in Western Europe are troubling, it remains one of the safest areas in the world," says Scott Hume, associate director for security operations at Global Rescue, a travel risk and crisis management firm. "Statistically, car accidents and illnesses are still the greatest threats to travelers -- not terrorism."

Still, experts say you should pay closer attention to the news before and during your trip. At a time of heightened security alerts, travelers should review the State Department's Alerts and Warnings page. Better yet, sign up for the government's Smart Traveler Enrollment Plan (STEP), which allows the government to track your whereabouts and warn you of any potential dangers.

Don't rely exclusively on the government for information, however, says Robert Richardson, author of the book "Ultimate Situational Survival Guide: Self-Reliance Strategies for a Dangerous World."

Richardson advises travelers to do their homework. "You can learn a lot about potential threats just by researching areas that you plan on traveling through," he says. Terrorists sometimes make specific threats that they subsequently carry out, he says, "so be aware of what's being said and take it seriously."

Travel insurance doesn't always cover terrorist attacks. Experts say you should check for a terrorism-related clause before purchasing a policy. Some allow you to cancel and receive a refund, but the incident must happen within a specified time period and close to the place you plan to visit. "Cancel-for-any-reason" policies are more expensive but guarantee that you will be refunded a percentage of the cost of your trip.

Timing is important when it comes to terrorism and insurance. A covered event has to happen after you buy the insurance. "Even though Brussels was recently under a high terror alert, no terrorist acts have occurred, so travelers with plans to visit the city are still eligible to purchase travel insurance with terrorism coverage," says Rachael Taft, a spokeswoman for Squaremouth.com, a travel insurance site.

Of course, it's too late to buy travel insurance that will let you cancel existing reservations on the basis of the November attacks. "However, a future attack would most likely be covered under most policies," Taft says.

It's extremely unlikely that you're going to be injured in a terrorist attack. But knowing the resources at your disposal in the worst-case scenario can give peace of mind before your trip.

Travel insurance should take care of any medical expenses, according to J.C. Lightcap, who runs the website Travel-Safer.com. Most travel insurance policies "should cover you for medical and evacuation expenses in the event of a terrorist attack," he says. "Some will even fly out a spouse or significant other if you'll be hospitalized for a week or more."

More danger requires better planning. That would include identifying a safe haven outside your hotel. "A safe haven is any place where you know you can go to be safe, like a restaurant," says Spencer Coursen, a security adviser and private protective strategist. Restaurants usually have land lines, too, so you can make phone calls if cellular service is disrupted. Decide with members of your party on an agreed-upon place to meet if there's an incident that separates you. Keep the number of the U.S. Embassy's 24-hour hotline in your cellphone, and be sure to test it, because international dialing codes can be tricky.

Airline policies can vary in the wake of an attack. Mary Hall, a business manager from Lakeville, Minn., contacted Icelandair after her daughter's school trip to Paris was canceled. "We had no say in this decision," she explained. "The reservations had been made by the teacher coordinating the trip, so we were not even aware of the cancellation policies." Icelandair sent her a form response, offering either a 50 percent refund or a rescheduled flight within four months, as long as she booked before her original flight was to depart.

After the attacks, American Airlines, Delta Air Lines and United Airlines waived some change fees for flights to France for a limited time. They didn't offer refunds, except for canceled flights, and there's no assurance that they will waive change fees for a future attack.

"The statistical probability of your getting caught in a terrorist attack while traveling abroad is minuscule," said Ronald St. John, the co-founder of Sitata, a travel safety website. "If you're simply uncomfortable traveling, remember that it's your vacation, and you need to do what makes you happy."