We all have friends who are political junkies. They shame us by constantly being politically active while we're busy binging on episodic TV . . . They're always trying to make the world a better place by sending email campaigns to stop climate change or label genetically modified foods, etc.

Then there are those friends who don't know when or what the midterm elections are, and they're too busy playing Candy Crush to care. Then there are those who care deeply but just don't have the time to help. Fear not, pilgrim. There is still hope for the future. A new website called www.amplifyd.com is launching this week. It will behoove the activist, busy-bee and the slacker!

Here a concerned citizen can pay a small fee for an activist to make phone calls to elected officials on their behalf, with part of the money going to the non-profit managing the campaign. It's win-win for all parties and best of all, an issue that doesn't have billions of dollars of corporate lobbying, all of a sudden has a voice.

A few of the first green organizations to sign up are: "What the Starbucks?! We want organic milk!", "Stop Logging Old Growth in California's Salmon River Watershed","Ban Fracking in California", and "Let's Reform California's Forced Fluoridation Mandate."

I spoke to Amplifyd's founder, Scott Blankenship, about his new venture.

So, you want to pay regular people to make calls to elected officials. Beware fancy-pants lobbyists! How did this "power to the people" idea come about?

I was totally frustrated with that sense of having no influence over public policy in my community, locally and nationally. And I felt that there were no truly effective tools available that could really amplify my voice. I took this situation as a personal calling and took it upon myself to create such a tool that would allow people to more powerfully and easily influence their politicians, make a difference, and take back their communities from the encroachment of big spending lobbyists.

You say you were so frustrated with the status quo that you sat yourself down, put on your geek cap, and learned how to code.

Yes! According to www.opensecrets.org, individual contributions for political campaigns for congressional and the presidential elections alone (not including state, county or city elections) for 2012 were $2 billion dollars. That means we as a society are spending $2 billion dollars to get politicians elected but spending almost nothing to make sure they vote according to the wishes of their constituents. Taking advantage of this silence, corporations are then spending over $3 billion a year to influence our politicians once they are elected. That's a huge difference of monetary influence!

And here's where I'm going to burst your bubble: signing online petitions is no longer an effective tool to influence your elected officials! Why? Because elected officials only care about the opinions of the voters in their districts and there is no way to determine who is a constituent and who's just some random person across the country (or someone from another country for that matter). We talked with several staffers working for elected officials and they all said the same thing - online petitions are either drastically discounted in value or completely ignored.

Amplifyd solves this problem by verifying your identity through your billing address, so your representative knows you are in fact a voting constituent!

What kind of work were you doing before launching Amplifyd?

I started my career life working as an Internet marketer, even though my educational background was in international politics and development. I gained a lot of experience working in marketing, but what I really wanted was to make a difference in my community. In time I realized the only way for me to really solve critical social problems was through technology, and that meant becoming a programmer myself.

So for a few years, I kept my billable hours as low as possible and taught myself as much as I could and eventually became a full-stack developer, and used that skill set to build the Amplifyd platform. 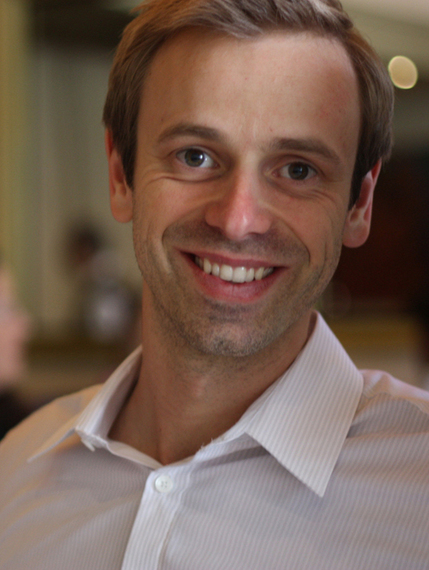 Many people are too busy to get involved, even though they care greatly about legislative issues. Are those the people who will pay your callers to make the calls? Explain the money exchange.

That's exactly right! They're the people who want to have more of an influence on public policy without having to get more involved. By purchasing a call, supporters are having their voices heard in the most effective way possible, without having to sacrifice their time or jobs, and at the same time, they are financially supporting the organizations that are fighting for causes in their communities on their behalf.

Here's how it works financially: calls will cost $4.95 each and you can buy as many calls as you want. Part of that money will go to the non-profit that's organizing the campaign, part of it will go to Amplifyd, and part will go to the caller.

For every call made, the organization managing the campaign (a campaigner) will make a base rate. This means they could generate a good amount of passive income for simply creating and managing campaigns. If the call was made by the campaigner, or someone from their team, the non-profit will make an additional portion of the call price, giving them the ability to earn a full majority of the total purchase price of the call.

If on the other hand, a caller (anyone that signs up to make calls for the campaign) makes the call, the campaigner will only make the base rate, while the caller makes $1-$2 a call. We keep what ever is remaining after deducting all related expenses on our end.

Can you track calls to make sure they were really made?

Each call is recorded and the buyer has a window in which they can flag the call. This helps ensure that callers are actually doing their job and not cheating the system. If a call gets flagged, the call will get thrown back into the queue and the caller will not get paid for that call.

All purchases and calls are made through the platform. As a caller, all you need is a computer with a microphone and speakers, and an Internet connection. A dynamic script is provided for the caller too, so calling is as easy as clicking a button and reading from the script.

Will advertising on the site be available?

No, there will be no advertising, or corporate sponsorships like many of the petition sites. To me, that would be a conflict of interest, nor financially required as described above.

Who chooses the organizations creating campaigns?

No one. Any organization can sign up and create a campaign at www.amplifyd.com. There are some limitations on the type of campaign they can create though. For example, a campaign can't promote violence or be trivial in nature. There are some other guidelines I've established, but I want the Amplifyd community to also voice their opinions in the future regarding these rules for campaigns.

To help support the first green organizations on the site go here:

Title: What the Starbucks?! We want organic milk!
Link: https://amplifyd.com/campaign/view/443