The National Transportation and Safety Board revealed Thursday that the Amtrak train that derailed in Philadelphia Tuesday night was accelerating seconds before it entered a sharp turn and crashed. Eight passengers have been confirmed dead, and more than 200 were injured.

Just before entering the curve, the sound of the engineer applying the emergency brake is heard. #Amtrak

While braking technology known as Positive Train Control is designed to prevent derailments due to overspeeding, Amtrak trains along the Northeast coordinator are not equipped with them. "I can confidently say PTC would have prevented this accident," Sumwalt said. Automatic speed-control features were supposed to be installed in the trains in the coming months.

What is still unknown is why the train was speeding in the first place. Was it manually caused by the engineer, who is expected to note speed restrictions on the route, or was another factor at play? 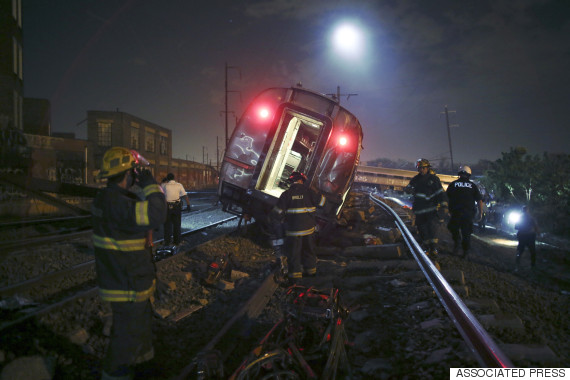 Bostian has agreed to be interviewed by the NTSB, but said he can't recall what happened the moments before the crash.

An attorney for the 32-year-old engineer told "Good Morning America" Bostian "has absolutely no recollection whatsoever" after losing consciousness in the Tuesday night crash, and noted that his client has no known medical issues.

“He remembers driving the train,” attorney Robert Goggin said. “He remembers going to that area generally, [but] has absolutely no recollection of the incident or anything unusual. He recalls -- the next thing he recalls is being thrown around, coming to, finding his bag, getting his cell phone and dialing 911.”

The NTSB will interview the engineer and passengers to get a more complete picture of what happened. Additionally, they will examine inspection records for the train and speak with the train's manager and dispatcher. 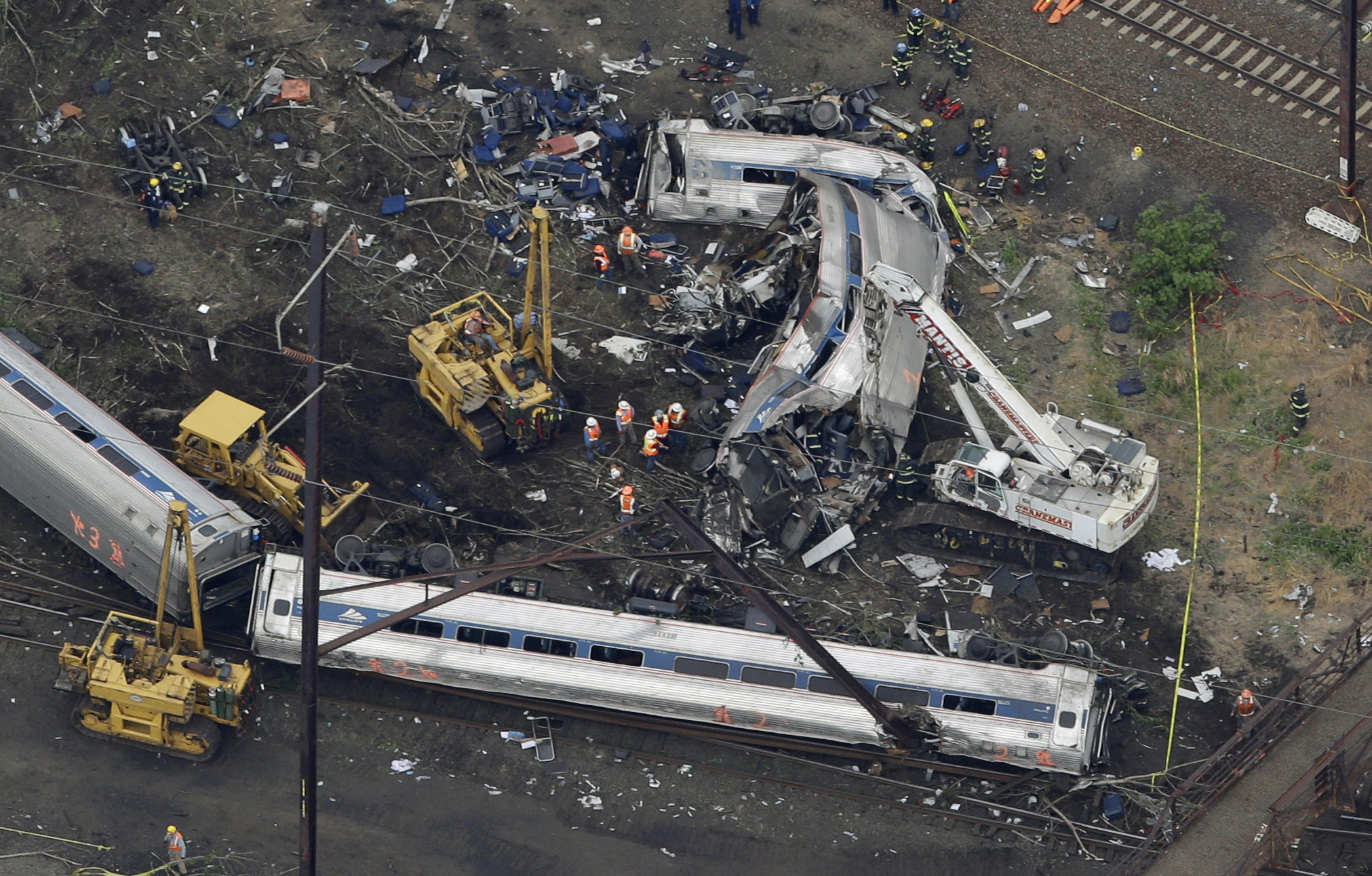 On Thursday, an Amtrak employee filed the first lawsuit in connection to the derailment, NBC Philadelphia reports.

Amtrak employee Bruce Phillips was "violently hurled" inside the railcar, and his body was struck several times before he slammed onto the floor, according to the lawsuit. Philips remains hospitalized.

Phillips and his wife are seeking significant damages, including “in excess of $150,000” in punitive damages for Amtrak's alleged "gross reckless conduct."

In a statement released Thursday, Amtrak President and CEO Joe Boardman said, "Amtrak takes full responsibility and deeply apologizes for our role in this tragic event."

The eight victims have all been identified, and include a U.S. Naval Academy midshipman, a software architect for the Associated Press, a Wells Fargo executive and a young CEO of a small tech company, CNN reports.