At least seven people were killed -- and eight remain in critical condition -- after an Amtrak train traveling from Washington to New York City derailed in Philadelphia on Tuesday night.

Philadelphia Mayor Michael Nutter described the wreckage and dangerous debris from the six overturned cars as an "absolute disastrous mess."

"I have never seen anything like it in my life," Nutter said.

The National Transportation Safety Board and Federal Railroad Administration have sent investigators to the scene, but a cause has not been determined.

At least 140 people among the 238 passengers and five crew members were taken to area hospitals. Eight passengers remained in critical condition at Temple University Hospital as of Wednesday morning, according to CNN.

Secondary searches were underway, which could lead to a rise in the death and injury toll. Five people were confirmed dead several hours after the crash; a sixth died overnight, and another death was reported on Wednesday.

The derailment occurred at approximately 9:30 p.m. on the 2000 block of Wheatsheaf Lane in Philadelphia, according to officials, when six cars of Train 188 overturned in the city's Port Richmond section.

Eyewitnesses tell Action News that several cars are "on their side," but one is "ripped in half, torn apart and upside down."

Nutter told CNN that there was no indication the derailment was a result of impact with another train.

"We were rolling along nice and smooth and then all of a sudden we were on our side," passenger Don Kelleher told WCAU.

Video from the scene showed emergency crews with flashlights swarming the crash site. The incident prompted a four-alarm response from approximately 120 firefighters and 200 police officers, according to WCAU.

One video showed passengers trying to open a door inside the train to exit:

Video I took moments after crash. People trying to open the door and get off the train. pic.twitter.com/fJ2bxXfmhG

Paul Cheung, director of interactive and digital news production for The Associated Press, was on the train and said it appeared as if it went off the tracks. "You could see everything starting to shake," he said. "You could see people's stuff flying over me."

The front of the train “looks pretty bad,” Cheung added. He said he saw "some people mangled up." 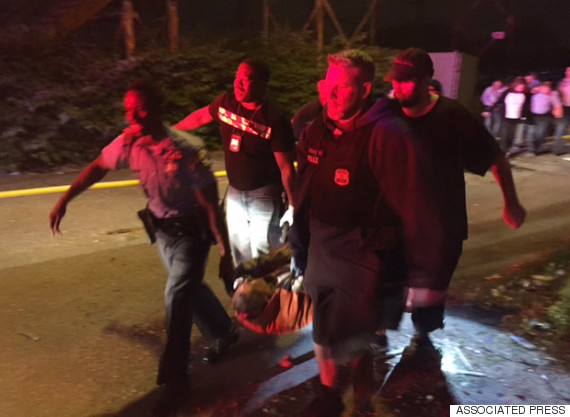 According to Richards, the train was scheduled to arrive in New York at 10:30 p.m.

Amtrak train derailed. Loud crash. Smoke filled the train. People that were able to walk to an exit tried to get door open and climb off.

Former U.S. congressman Patrick Murphy, who represented part of suburban Philadelphia, tweeted from the train, saying that he was not harmed, but others appeared injured.

"People were pretty banged up. There was a lot of blood, a lot of bleeding. I pulled myself up. The guy who I kind of landed on was OK. The guy next to him was completely passed out, knocked unconscious," Murphy told WPVI.

Im on @Amtrak train that just crashed. Im ok. Helping others. Pray for those injured.

Sen. Tom Carper (D-Del.) was aboard the train, but had gotten off before the derailment.

"I am grateful to be home safe and sound in Wilmington, and my heart goes out to all those on the train tonight. I hope all of those that are injured recover quickly, and I will keep them in my thoughts and prayers," Carper said in a statement.

"My thoughts and prayers are with all of those impacted by tonight's train derailment," Wolf stated. "For those who lost their lives, those who were injured, and the families of all involved, this situation is devastating. I want to sincerely thank our first responders for their brave and quick action. I am closely monitoring the situation and I am in contact with state and local authorities."

Amtrak canceled service between New York and Philadelphia after the derailment.

The area where the derailment occurred is normally under a speed restriction, according to Philly.com.

On Sunday, an Amtrak train heading for New Orleans hit a flatbed truck at a railway crossing in Amite, Louisiana, killing the truck's driver and injuring two on the train.

The derailment in Philadelphia comes on the eve of congressional markup of a bill that would trim Amtrak's budget, Politico reported.

CORRECTION: A previous version of this story stated the train derailed in the Port Washington area of Philadelphia. It was the Port Richmond area.

Other information, including casualties, has been updated as the information became apparent. 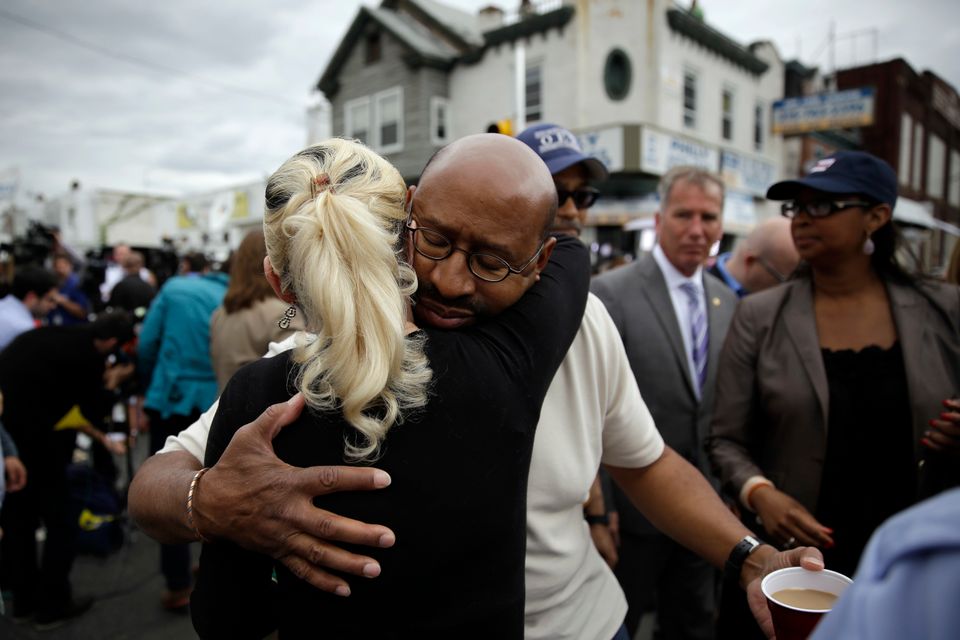