Amy Adams won Best Actress in a Musical or Comedy at the 2015 Golden Globes for "Big Eyes" in Beverly Hills on Sunday.

In the fact-based drama directed by Tim Burton, Amy Adams plays American artist Margaret Keane, whose husband (Christoph Waltz) stole the credit for her artwork. Adams defeated Julianne Moore, ("Maps to the Stars"), Emily Blunt ("Into the Woods"), Helen Mirren ("The Hundred Foot Journey") and Quvenzhane Wallis ("Annie") for the honor. This is her second Golden Globe award and sixth Golden Globe nomination.

Adams thanked the inspiring women in the room during her acceptance speech: 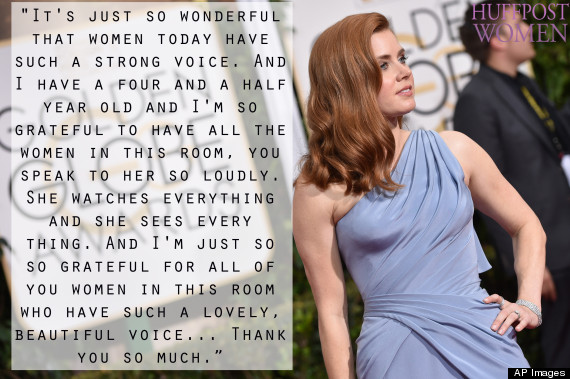