By Amy Poehler, as told to Crystal G. Martin

When we found out that Amy Poehler ("Parks and Recreation" star and former SNL cast member) was co-hosting the Golden Globes, we revisited this O Magazine article about her Aha! Moment. Enjoy!

During my final season on "Saturday Night Live" back in 2008, I was pregnant with my older son, Archie. Just before my last taping, he gave me such a gift: He decided to arrive that day, saving me from many teary goodbyes with my cast mates and the crew -- and I felt so relieved.

I've always avoided goodbyes. I remember at the end of my senior year in high school, I wasn't at all interested in attending my graduation. I just kept thinking, "I need to get out of here! What's next?" I didn't see the point in looking back.

Really, when I think about it, the end of any good thing can throw me into a funk. Even the conclusion of a book will put me in a bad mood. I'll get to the last 20 pages and think, "Ugh, this book stinks," even though I was actually loving it up until then.

This past December, we were shooting the final shows in the third season of "Parks and Recreation." We had been filming for almost two years and were about to go on hiatus. I love working on the show. I play a wonderfully optimistic and funny character, and I'd grown very close to my coworkers, some of whom I probably wouldn't be seeing for a while during the break. That last week I was feeling off. I would get really irritated over the littlest things, like someone cutting in front of me in traffic or my cell phone freezing up. One day, as we were winding down on set, my costar Rashida Jones turned to me and said, "Wow. You seem really grouchy." I looked at Rashida, whom I adore, and started thinking about all the other great projects I'd worked on over the years and how every time one of them came to an end, I felt the same sense of frustration. I had never understood why I felt that way, and sometimes I didn't even notice that my attitude had shifted. But in that moment it dawned on me: In each of those scenarios, I was angry and anxious because I was scared about what I was leaving behind. Instead of facing changes, I always wanted to skip over them.

Then I remembered a book I had read five years earlier called When Things Fall Apart by the Buddhist monk Pema Chödrön. She explained that the only thing in life we can really count on is change -- to be fully alive is to be repeatedly "thrown out of the nest." But if we really experience the end of something, that thing will never actually end. The good memories and relationships will stay with you.

After that day, I stopped trying to jump out of the car while it was still running. I had real goodbye conversations with my "Parks and Recreation" friends. I told them how much I appreciated them and how much I would miss them. And I tried to savor whatever time I had left with them on set.

Click through the slideshow to see other celebrities who've faced their fears.

PHOTO GALLERY
10 Celebs Who Faced Their Fear
Download
Calling all HuffPost superfans!
Sign up for membership to become a founding member and help shape HuffPost's next chapter
Join HuffPost

Amy Poehler: 'Parks And Recreation' Star On The Big Fear She Conquered
10 Celebs Who Faced Their Fear 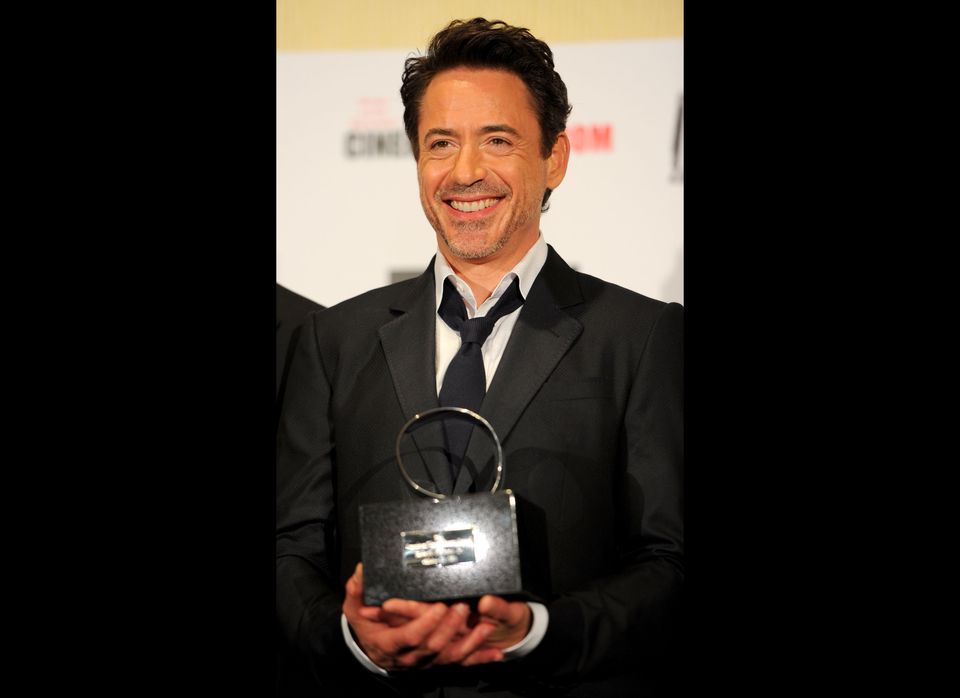 1 / 10
Robert Downey, Jr.
He may play Iron Man in the forthcoming action flick "The Avengers," but Hollywood's comeback king felt anything but strong when it came to the thought of being a father again (son Exton was born on February 7). "There was all this trepidation, all this projection, all this anticipation and goodwill and a good vibe about it," Downey told <a href="http://www.esquire.com/features/robert-downey-jr-interview-0512#ixzz1t9wCbWDf" target="_hplink">Esquire magazine</a> recently. "But what you're squeezing to the side -- or what's in the glove box -- is these thousands of forms of fear.... Does any new parent, even if you're not a first-time parent, ever really know what to do? [The] only thing you have to do, the only requirement, if you can hack it, is to not transfer your own discomfort in the moment to this fresh soul, right?"
Getty