Carol Burnett is better than all of us.

Or that's at least what Tina Fey and Amy Poehler wanted to impress upon the A-List audience during the Screen Actors Guild Awards on Saturday night. It only made sense that Poehler and Fey would present the 2016 Lifetime Achievement Award to the comedy legend, as the two have benefitted so deeply from Burnett's comedic legacy.

In their hilarious introduction, the unstoppable duo recalled Burnett's tremendous impact on comedy -- especially female comedians -- over her decades-long  career, including a groundbreaking 11 seasons of "The Carol Burnett Show."

"Carol has been a huge part of all of our lives for the last 50 years," Fey said, before joking that the film "Carol" was based on Burnett's longtime friendship with Julie Andrews.

"She has deserved every award because comedy is much harder than drama,” Poehler continued. “Comedic actors have to do all of the same things dramatic actors do, but faster -- and often with a chimp.”

Poehler and Fey's favorite target, Leonardo DiCaprio, was next on their hit list, as the two skewered the never-ending press coverage surrounding the actor's intense experience filming "The Revenant."

"Let’s all calm down about Leonardo DiCaprio and how hard it was to shoot 'The Revenant.' OK? So you slept in a horse and you ate bison liver, big whoop. Carol would have slept in that horse, worn it, done a song and a dance and made a much funnier face about eating something very disgusting. The point is, Carol is better than all of us. We’re gonna give her a prize for it.”

Watch Burnett's own speech below. 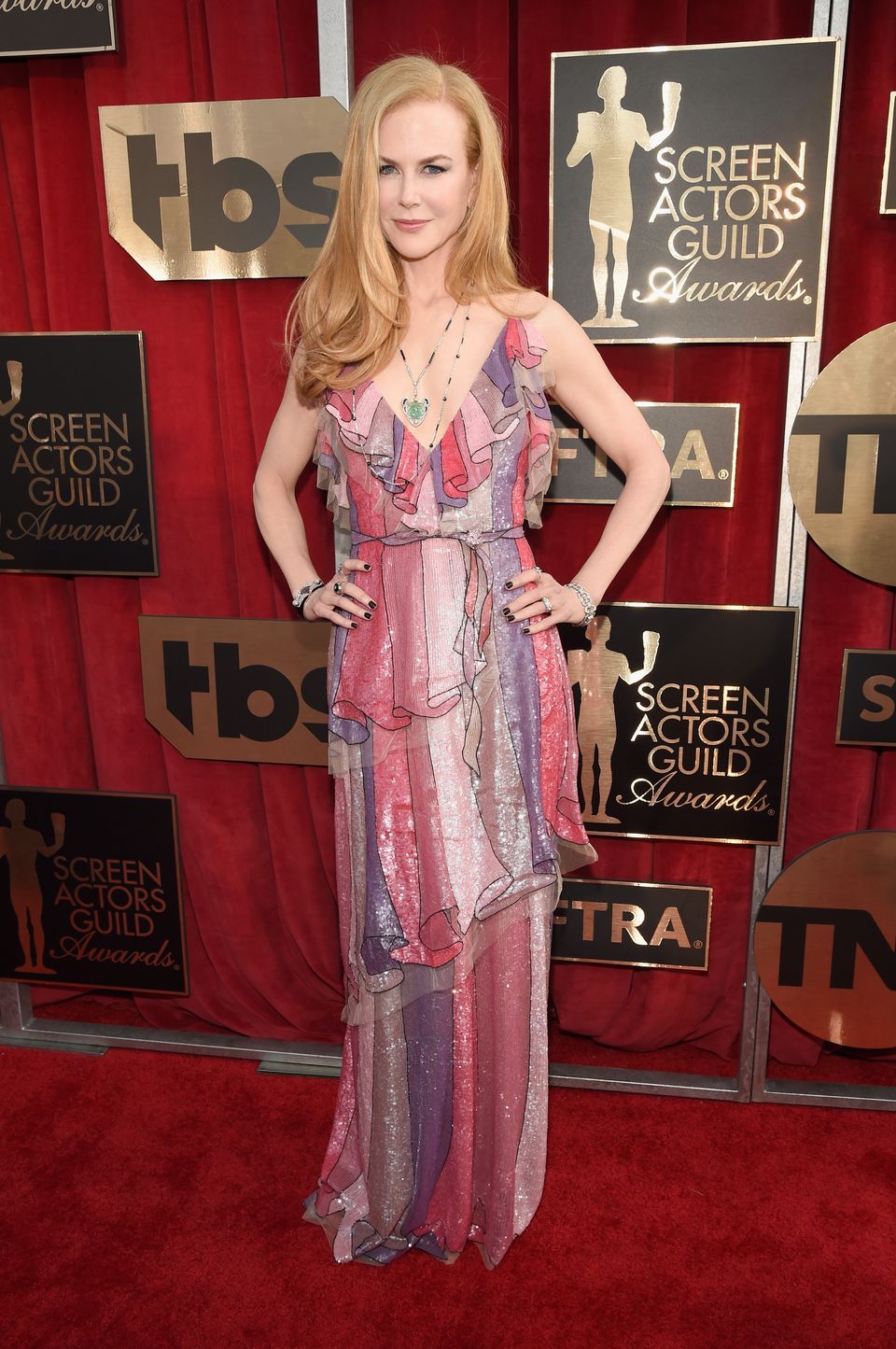