After nine years of marriage, Amy Poehler and Will Arnett have separated, their rep confirmed to Us Weekly.

A source tells Us that Poehler and Arnett's split is "amicable."

The comedy couple first began dating in 2000, a year before Poehler landed a spot on "Saturday Night Live" and Arnett's "Arrested Development" role kept him across the country.

"When we first started 'SNL' and 'Arrested Development,’ we were in different cities for three years," Poehler told USA Today in 2007. "We did see each other. We went back and forth."

"We saw each other twice," Arnett cut in jokingly, a perfect example of the all-comedy, all-the-time kind of relationship the couple's fans assumed was still a reality for the pair.

But the couple's relationship extends far beyond their personal lives and the two children they share: Archie, 3, and Abel, 2. Poehler played wife to Arnett's George Oscar "G.O.B." Bluth in 2004 on "Arrested Development, the pair played brother and sister in 2007's Will Ferrell flick, "Blades of Glory," and Arnett has appeared on Poehler's NBC darling "Parks and Recreation."

"I was always attracted to funny people, and Will is so talented and funny," Poehler told Katie Couric in an interview with Glamour magazine. "We are genuinely each other’s fans and we love what the other does. I don’t know a lot of other couples where you’re with your partner and you’re like, 'I love what you do at work!'"

Poehler and Arnett's split will mark the actor's second split from a spouse. He was previously married to "The Artist" actress Penelope Ann Miller. The couple divorced in 1995 after one year of marriage. 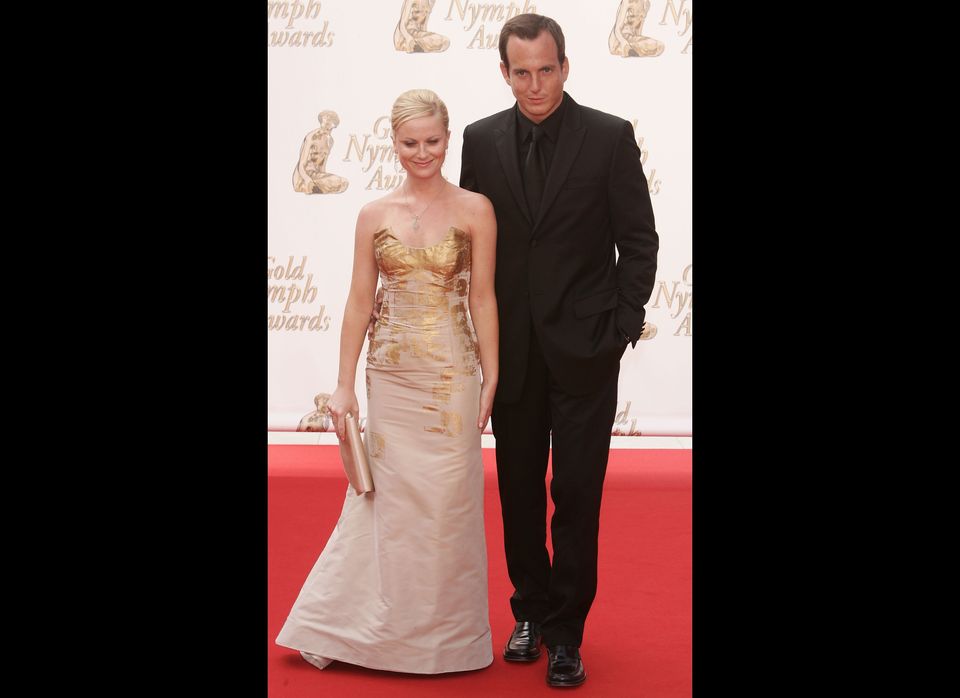 1 / 29
Amy Poehler & Will Arnett
American Actor Will Arnett poses with his wife Amy Poehler as he arrives to attend the closing ceremony of the 45th Television festival of Monte Carlo on June 1st, 2005 in Monte Carlo. (Photo by Pascal Le Segretain/Getty Images)
Getty