Being a woman in Hollywood involves putting up with a whole lot of bullsh*t.

Schumer didn't hold back when discussing the lack of women in late-night television, and why women don't make it into powerful and visible positions even though there is no shortage of female talent.

"I think people hate women," she said. "I don't think they want to hear a woman talk for too long. A lot of people project their mom yelling at them. My [career] has been about tricking people into listening. I'm not saying all men hate women, but there's such an aggression."

Dunham backed her up, pointing to the vicious commentary that awaits vocal women on platforms like Twitter and Instagram. "The way women are spoken to in social media is truly shocking," she said. "It's how you imagine people screaming at prisoners in Guantanamo."

The women related stories of receiving death threats, rape threats, wishes of cancer diagnoses and hearing the good ol' "women aren't funny" refrain on social media. They also spoke about experiencing overt sexism from within their own industry. 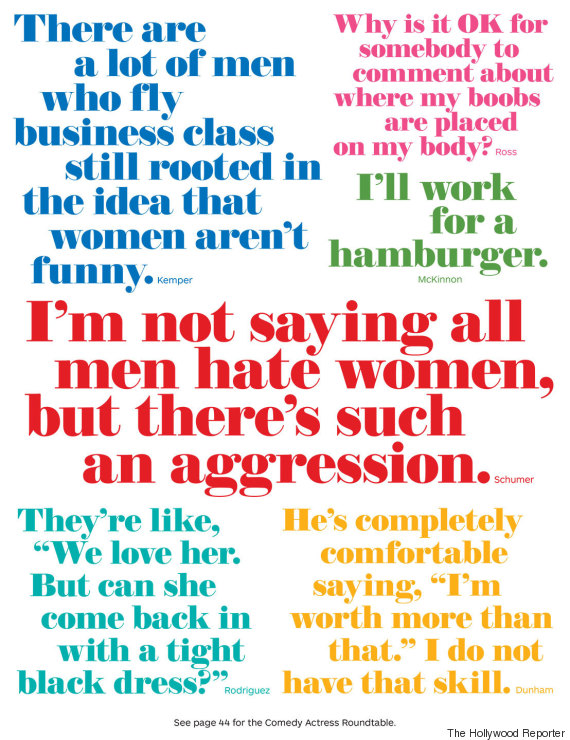 Dunham opened up about a time when she heard man who was working on "Girls" make a rude comment about the work environment.

"I heard a guy on my show say into his microphone: 'I hate this job. I can't wait to be back on a show where there's a man at the helm,'" Dunham recounted. Later on, she says the same man commented on her lunch, saying, "You're really enjoying that buffet, aren't you?"

"He's the worst person alive," said Dunham when Schumer asked her who the dude was. "I hope he reads this, which he won't because he's drunk."

But all of the actresses agreed that having more projects led by women and people of color -- especially ones that make money -- make it easier for people who aren't white men in the future. "Show them it's all a good investment," said Rodriguez. 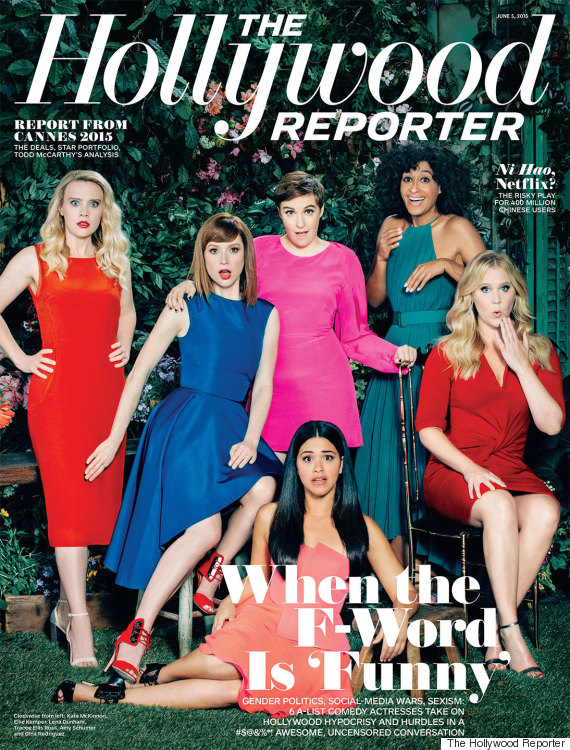