British writer Caitlin Moran may have put it best: Amy Schumer “tore the fucking roof off” Tuesday with a hilarious NSFW acceptance speech at the Glamour Women of the Year Awards.

Accepting the award for Trailblazer of the Year at the London event, Schumer was at once bawdy, empowering and wonderfully unpretentious.

“I’m like 160 pounds right now, and I can catch a dick whenever I want, and that’s the truth,” she said at the start of her speech to wild applause.

Schumer joked about how female comedians are typically treated poorly in photo shoots, and slammed some women’s magazines for making you feel “bad for just being born with a pussy.” She also gave a shout-out to actress Goldie Hawn, who was at the event, for being “beautiful and vulnerable and fucking hilarious.”

So @amyschumer just did a ten minute speech at the Glamour Awards and tore the fucking roof off. Standing ovation. She is Lady God.

I fell madly in love last night. Whatever you do today, watch everything this woman has ever done. @amyschumer http://t.co/79JdS9NriS

AMY You just gave a speech that gave me life! I love you and your brain soooo much. #GlamourAwards https://t.co/CVBIjbfi25

Watch Schumer’s acceptance speech for yourself in the video above. 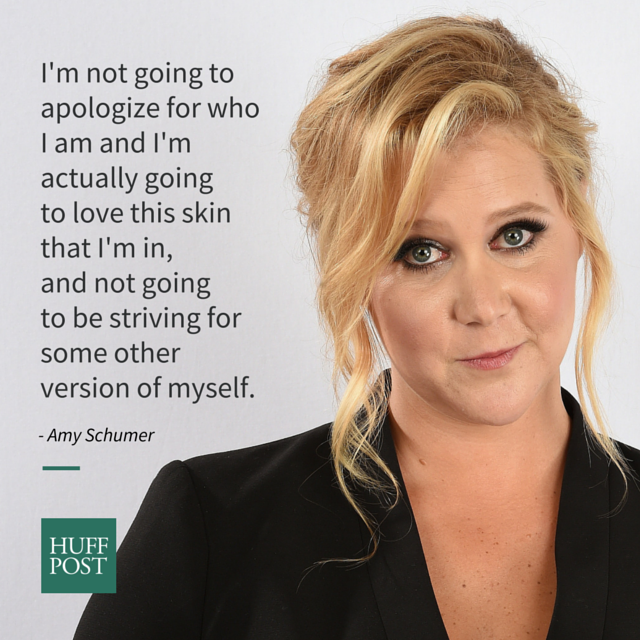