Amy Van Dyken-Rouen, a six-time Olympic gold medalist in swimming, has taken her first steps since an ATV accident in June left her paralyzed from the waist down.

On Thursday, she posted two video clips on Instagram showing her standing up and walking with the help of a powered exoskeleton. Here she is standing:

And here is Van Dyken-Rouen taking her first steps:

"I want everyone to know.. I was NOT walking at all under my own power. I was using a type of #exoskeleton it was not me moving it!"

She also posted an image of herself standing with her husband, former NFL punter Tom Rouen:

Van Dyken-Rouen won four gold medals at the 1996 Summer Games in Atlanta and two more in 2000 in Sydney. In June of this year, however, she was paralyzed from the waist down after an ATV accident.

Van Dyken-Rouen has been using social media extensively, addressing her injury with humor. In July, when she began learning to drive a car with hand controls, she posted a picture of the vehicle with "STUDENT DRIVER" stickers on the back and in the description wrote: "WARNING!! Stay off the sidewalk in Colorado!"

The next day, she posted an update.

"Drove again today!" she wrote. "Didn't run anyone over, and didn't get arrested.. That equals a success! #zoom 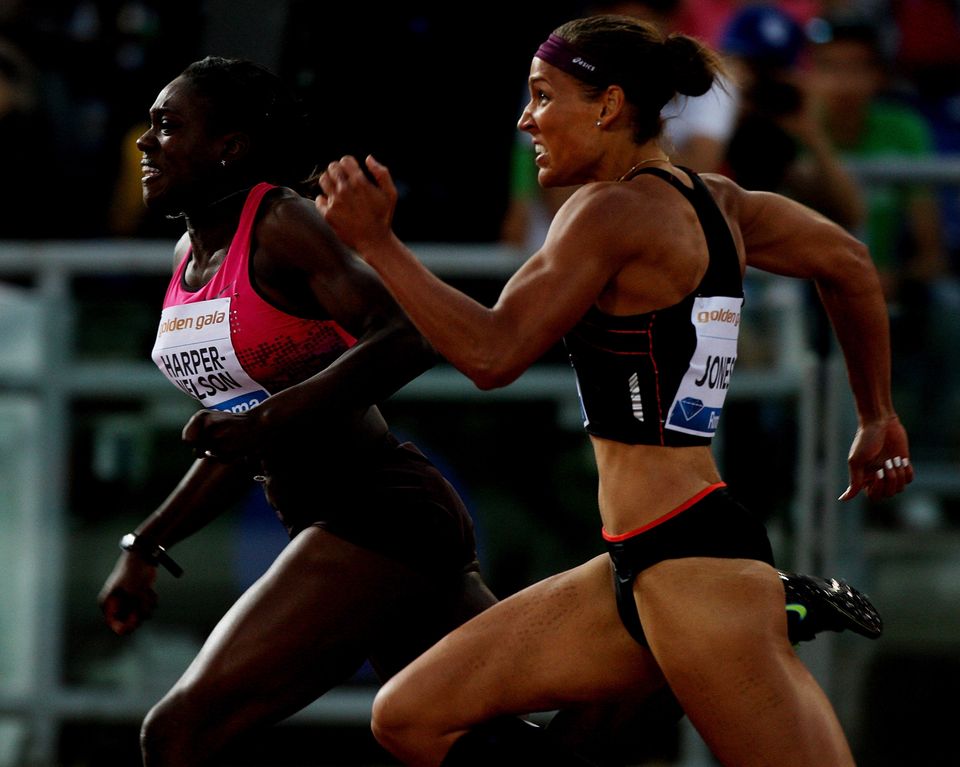