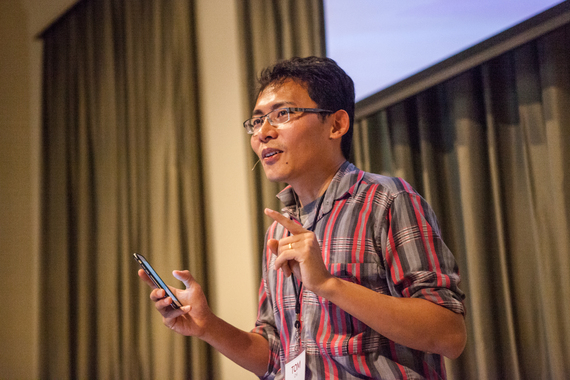 Tom Chi, co-founder of Google X, also dubbed the department of science fiction, delivered a thought-provoking lecture on rapid prototyping, as part of the fifth Hive convention in Cavallo Point Lodge, California. Chi is the head of Factory, which works with the world's largest organizations to solve tough innovation challenges, revise the nature of companies themselves, and re-invent entrepreneurship from the ground up.

As leader of the product experience at Google, Chi created a culture of rapid prototyping by considering which concepts would redefine entrepreneurship and how big companies could execute at the speed of small companies.

"Doing is the best kind of thinking," he stressed, "Maximize the rate of learning by minimizing the time to try ideas," he said. "Don't even begin to think of theory until it works ten times in practice in several different contexts," he went on say.

"Expertise is a disaster for the mind," Chi continued, suggesting a compelling model of learning over knowledge, "The people who are the creators of the system are the worst evaluators of their own system."

Chi's anecdote perfectly encapsulates this lesson in all its simplicity. When we first learned how to ride a bike as a kid, we didn't pick up a dozen of books on the physics of biking and memorized everything in it, but rather learned from trial and error by actually riding the bike -- we started with practice and moved on to theory.

As we mature, we do the opposite: we grasp at theories and move on to practice. When you are trying to learn something new, knowing is your enemy because you're using already existing theories that don't always coincide with new lessons.

As Chi said, "knowing makes learning impossible, because you hold your sphere of knowledge tight... Instead you want to be in a state of learning when you go try to solve a problem that no one has solved yet."

When we learn about the parts of an answer by experimentation instead of conjectures and opinions, we find the resolution to a problem. In that sense the belief that there is one right answer is wrong. In fact, the field of right and wrong is defensive. Thus we should prefer the field of learning, which is collaborative. Chi suggested to note the things that are working and the things that are not working in order to accelerate learning and reflect on how we can improve what is already working well. 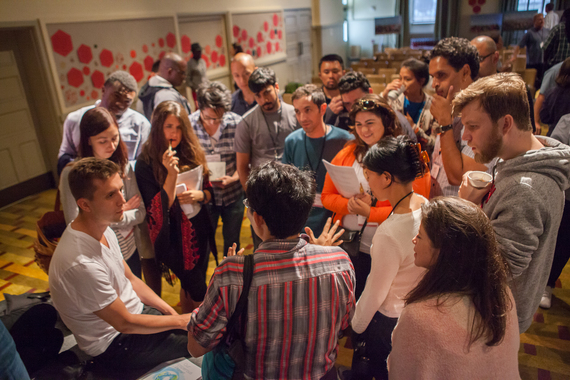 On another note that he made, he stated that in business, time is often wasted and this can easily be prevented. Rather than testing a business model for four months, it is better to test it in 45 minutes. For example, Chi and his team pioneered the Google Glass, and built the first prototype in two hours. "In that sense, you have to work like a painter," he explained, "It is more important to get out there, work in the medium and know what you are doing by seeing it."

You learn much faster when you see what is changing. Business models and book learning are often too abstract, just like a bird can function and be a critical component of its ecosystem without fully understanding the entire ecosystem.

As you prototype, look at the themes and actions that are working and always remain in a state of learning. What matters is that you learn after every prototype. For example, when you are trying to start something, focus on helping others and ask them why or why not they are using your service or product. When you build a relationship with the people you are trying to help, they will support you in return.

You can learn more about Tom Chi on his website. Photos provided by Hive. This piece was edited by Theodora Karamanlis. If you enjoyed this piece, you can join my reading letter.