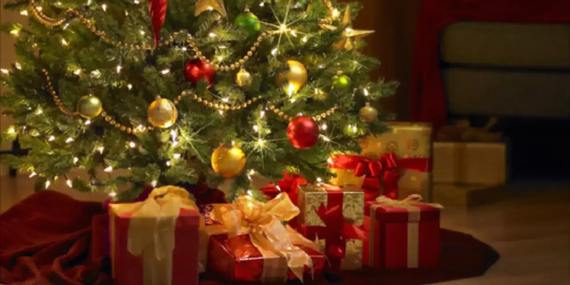 The carol is a lie -- and it's an extremely unsettling one. University of Toronto researchers tasked an A.I. with looking at a picture of a Christmas tree, writing a song about it, and then singing the results for the world to hear. The song that came out of it is definitely a Christmas song, but it's an extremely unsettling one. It's no "Santa Baby," but it does show just how far A.I. has come.

Nvidia revealed some more details about the project, which runs on its hardware, on Wednesday. The company said the neural network used to create the video was trained on 100 hours of online music. Then it was taught how to compose a song, recognize objects in an image, and write lyrics that it believes are relevant to the picture's subject.

The stuff the computer came up with is definitely weird. It's like GLaDOS, the malevolent A.I. from Valve's Portal series, wrote a holiday song without the cutting sarcasm or strange charm for which "she" is known. That's partly because of the robotic voice, but mostly because of the ominous lyrics. Go ahead and listen for yourself:

I mean, read that: "I swear it's Christmas Eve / I hope that's what you say / The best Christmas present in the world is a blessing / I've always been there for the rest of our lives." That doesn't seem like a happy Christmas song; it reads more like the A.I. is threatening to kill someone on Christmas Eve.

But that shouldn't undercut what the A.I. can do. Issues of tone aside, the song has a serviceable melody and the lyrics are in fact about Christmas. (They also don't have the same creepy vibes as "Baby It's Cold Outside," so that's a plus.) Being able to write and sing a song about Christmas is pretty remarkable.

It will only grow more impressive as A.I. gets smarter. Just take Google. The company is teaching robots how to sound more human-like by using A.I. to synthesize speech in ways that just weren't possible before.

That could make the next A.I. song more fun to listen to. The lyrics could also be improved as companies teach A.I. to understand speech. Instead of working off single words or short phrases, the lyrics could build off entire sentences, like Google Translate now does.

Lyrics will also grow more topical as A.I. learns how to recognize images. Google's working on that, too, by developing machines that can identify objects after seeing just one example. This could help A.I. spot nuance in photographs instead of just trying to suss out their subject.

All of those improvements could help this A.I. better emulate GLaDOS. Just listen to the difference between the holiday song and "Still Alive," the ending credits theme to the first Portal.

That song was composed by Jonathan Coulton and Ellen McLain, who voiced the game's all-but-omniscient antagonist. If the holiday song and all of the advancements being made in A.I. are any indicator, though, the next "Still Alive" probably won't have to be written by someone pretending to be a robot.

It'll just be written by a robot itself.

MORE FROM INVERSE:
The 4 Types of AI That Will Rule Our Future
Pepper the Robot's Primary Objective: Get the Humans in the Stores
When the Singularity Comes, Will A.I. Fear Death?
Is the Turing Test the Last Word in Robot Intelligence? Don't Count On It
The Surprising Hazards of Sounding Like a Robot