America! You know what you need? Besides better bourbon, less Jesus and fewer conservatives? That's right: A good whoopin'. A serious spanking. Maybe even one of those terrifying, NFL-grade spankings so vicious it raises welts and yelps and not a little blood, all administered with a belt, or a tree branch, or the backhand of wrathful ol' Almighty himself.

But don't worry! It's all out of love. Isn't it always?

Besides! Americans love spankings. We relish inducing fear, pain, smacking each other around to impart some sort of life lesson. Especially foreigners, or gays, or women, or dogs or nature or, well, pretty much anything we can get away with, really. 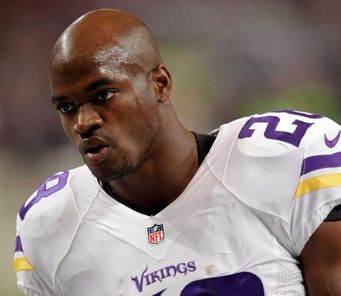 But the creature we love to hit most of all? Those small, defenseless humans, the ones who weigh less than 50 pounds and have barely learned to walk or form complete sentences, much less understand that smacking each other out of some warped concept of "love" is, you know, just what we do.

Have you heard? In the wake of NFL running back Adrian Petersen's indictment on child abuse charges, resulting from bloodying his 4-year-old son with a stick (and yes, calling it "love") comes the startling factoid than fully two-thirds of Americans believe in spanking their kids. Upwards of 70 percent (down from 85 percent 30 years ago)! How utterly sad.

This, despite numerous studies proving that spanking one's children does not fix bad behavior, does not make the child a better human (just the opposite) and only dramatically degrades the parent-child relationship, pretty much forever. In short, hitting your kid causes nothing but pain and bitterness - and, of course, more of the same down the road, as they grow up to beat their own kids. And wives. And dogs. Yay tradition!

Parents, of course, don't want to hear it. After all, violence is easy. Spanking, flogging and whipping is a goddamn American institution, from the deep South to the grass-chompin' Midwest, from angry Catholic nuns to the nasty school principal - beating children is as patriotic as apple pie, gun violence and bad reality TV. Surely, despite all those hippie studies, spanking must teach kids some tough life lessons, right? Set boundaries? Show who's boss? 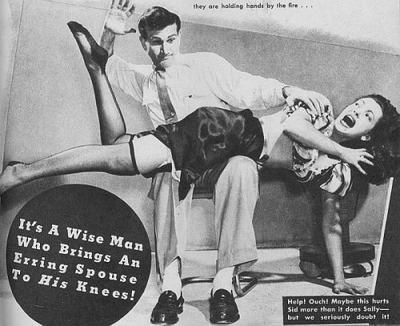 Sure it does. After all, life is full of violence and pain, so it makes sense to teach kids early on that if someone does something you don't like, the appropriate response is... to cause them physical harm, and spread that pain and violence around even more. God bless America.

Oh, the savage irony. You know what? Life is full of violence and pain. And do you know why? Because we make it that way. And we make it that way, in part, by beating our kids, by normalizing violence at the earliest developmental stages, and then calling it "love." What lost, distorted creatures we are.

Nevertheless, this is why Adrian Petersen, along with millions of parents, have no problem spanking their kids. "I'm hitting you because I love you," they say. Got that, children? Pain equals love. And love equals fear, humiliation, maybe a little blood. It means giant humans beating you with bare hands, paddles or sticks, often in a confused rage. You know, just like Jesus intended.

Funny thing! America itself is no stranger to a good whoopin.' You might say our entire country has been smacked around. How do you think we responded? Did we learn anything valuable? Gain some new insights, respect, discipline? Or did we only get more violent, resentful, fearful of the world? One guess.

Oh, we've been hit hard. Eight years of the Bush administration, and we could barely walk for three solid years. Thousands killed every year due to gun violence (many of them children) and... sales of bullets skyrocket. And how about 9/11 itself, the biggest thrashing we've endured to date? That brought us a full decade of useless wars, a dire economic tailspin and tens of thousands dead, along with widespread intolerance, isolationism, the TSA, the Patriot Act, enough dread and suspicion to last generations.

Leaving us where, exactly? Oh yes: "If you threaten America, you will find no safe haven. We will degrade and destroy you." Excellent. 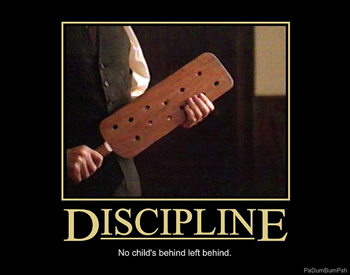 Let's not forget Obama. Gotta admit, these past six years have been the strangest kind of spanking so far. We liberals keep wanting to believe it's all been a big, loving cuddle, but then there's all these whipped aspirations and bloodied ideals laying about. Tough love it ain't.

It's as obvious as it is furiously denied: Spankings, whoopings, undue violence teach exactly the wrong things. So why do we do it? Why spank kids at all? After all, as Will Saletan points out, children learn nothing from a spanking, except about the spanking. They also pick up tons of residual fear, anger, even outright hatred. Good lesson.