Just over a year ago, my partner, Tom Bridegroom, accidentally fell off a roof while taking photographs of our best friend. He died a few hours later. He was just 29 years old.

We had been together for nearly six years when that happened and were absolutely committed to being together for the rest of our lives. We'd bought a home together. We'd started a business together. We'd adopted a dog together. We dreamed of starting a family when we could, and getting married as soon as it became legal.

But marriage is still illegal in California, and because of that, Tom's parents -- who were opposed to him being gay and opposed to our relationship as a result -- had all the legal rights, and I had none.

Despite the fact that Tom no longer considered Indiana his home and had a strained relationship with his father and had told me that he wanted to be cremated, his parents took his body back to Indiana and buried it in a plot between their own. Even though Tom called me the love of his life and his life partner, they wouldn't let me come to his funeral. In fact, a family member called to warn me that his father and uncle planned an attack if I dared show my face. Even though I was his first love and he was mine, I was not there with him to say goodbye as he was buried. Fearing for my life, I had to ask a mutual friend to kiss the casket for me and to tell Tom, one last time, that I loved him.

Why am I telling you all this? Because after a year of sorrow and fear I have decided to use what happened to me to help others who might find themselves in similar situations.

A few weeks ago I made a short video about my experience (called "It Could Happen to You"), and posted it on YouTube. Over 2.7 million people have watched my video and nearly fifty thousand have written messages of support.

People from all over the world have written to me to tell me of how moved they have been by our story. Many have told me that their life-long opposition to same-sex marriage was changed after seeing the YouTube video.

Because of this response, and hopeful that we can reach even more people, I have joined with producers Linda Bloodworth-Thomason (Designing Women and The Man From Hope) and Linda Burstyn (Emmy award-winning writer/producer for Nightline with Ted Koppel) to turn that video into a feature-length documentary: BRIDEGROOM, An American Love Story. We hope to get it out as soon as possible so that it can play a meaningful role in the burgeoning debate over marriage equality.

BRIDEGROOM will be much more than a tragic love story. This film will represent every person who has ever been ostracized and condemned for being who they are and loving whom they love.

For those out there who do not think they know someone who's been deeply hurt by laws that prevent people from marrying the ones they love? Well, now you do, My name is Shane Bitney Crone.

Although there are millions of people who oppose me and some who have threatened me, the time has come for me personally to step out of my comfort zone, to accept the experiences I have had, and to try to help people as a result. We can't change the past, but I truly believe that when people join together to spread the message -- that love is what matters in life -- we can change the future so that marriage is a reality for all.

It's been over a year since Tom made that one wrong step -- the step that ended his life and killed a part of my own. He was beautiful. He was kind. He was generous. He would be horrified to see what happened to me. What I'm trying to do is make sure that step was more than fatal -- perhaps it was fateful as well. 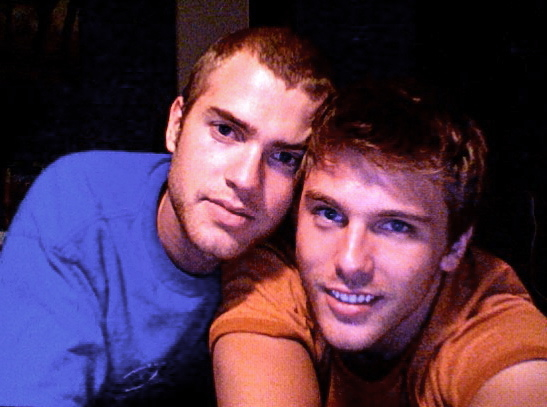