As the days get longer and the temperature gets (slightly) warmer, tourist season in London is gearing up for another record-breaking year. If a trip to the capital city is on your list for 2016, prepare yourself for one of the most quintessential London experiences: a ride on the London Underground, also known as the "tube."

But before you descend into the center of the earth and straight into a businessman's personal space, here are some rules for surviving the London Underground. 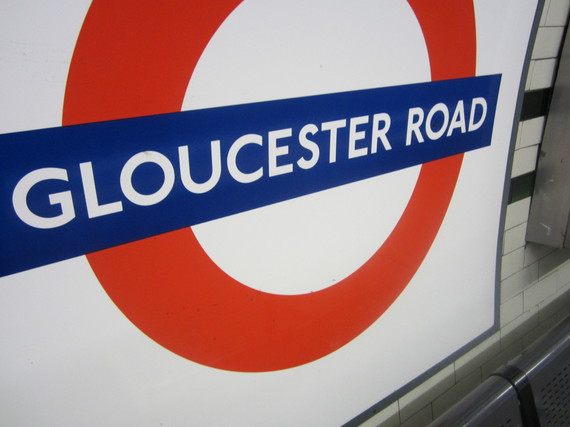 1. Stand on the right, pass on the left

If you remember nothing else, REMEMBER THIS. When standing on an escalator in any tube station, you must stand on the right hand side. This is a London non-negotiable. If you find yourself standing on the left blocking foot traffic, you will feel the stares of a hundred impatient and standoffish Londoners burning a hole in the back of your head. You will be written about on forums. You will find yourself on the front page of the Evening Standard next to the words "WANTED."

2. Wait for people to get off the train before you get on

This seems obvious, but you would be surprised about the number of people who treat a tube door like a two-way street. It's a one-way street, and this means you need to let everyone rush out before you rush on. The train won't leave without you, I promise.

3. Put your bag/backpack/gigantic purse by your feet

There is NOTHING WORSE than someone with a giant backpack holding 63 textbooks, eight lunch bags and 6,000 pens barging their way onto the tube and taking up the space of four people with their belongings. If you're standing, put the bag by your feet so other people can squeeze in.

4. Lower your voice. And then lower it again.

Americans are notorious for this, but other foreigners (and drunk Brits) are at fault as well. A journey on the tube is sacred. It's for reading the newspaper. It's for drafting your 'hate you' text to your ex on your phone. It's for calming your nerves before you step back out into the world and attend your third job interview of the day. It's not for catching up with your friend over dinner, it's not for singing, and it's DEFINITELY not for yelling over other passengers to speak to your friend from school three seats down.

Talk quietly or see the previously mentioned stares of English people who think you're an absolute idiot but won't say anything to you about it. I know it doesn't sound threatening, but hell hath no fury like a Londoner forced to listen to you gab.

Just don't. Especially during rush hour, you're going to be really close to some random person and the least you can do for them is to not acknowledge the situation you're both in. Eye contact is official, it's permanent, it's a way of marking the occasion. This is not an occasion to be marked.

6. Move down inside the train

Riding public transportation isn't actually rocket science, so you may be able to figure this one out by yourself, but judging by how many times I hear the phrase "MOVE DOWN INSIDE THE CARRIAGE" while on a single tube journey, we should probably rehash. If you get on a busy train, and there are people waiting to get on, you have two options: get off or move to fill some empty space. Unfortunately the last space people want to fill is the space in between the seats, furthest from the doors.

I totally get this. I will do everything possible to not have to move down inside the carriage, but sometimes, you've got no choice. It's go time. Just huff a little to yourself, pick up your backpack as instructed in Rule 3, don't make eye contact with the people who now have their faces in your crotch, and suck it up. This is the tube carriage, not a horse-drawn one, so lower your expectations accordingly.