Over a year and a half ago when I first thought about the 2016 election I leapt to the conclusion that the two candidates would be Jeb Bush and Hillary Clinton. My conclusion was not based on their significant experience nor their obvious connections to the White House: it was their astrological charts.
Now that the election is getting closer and there are many more contenders in the race, let me share with you what the 2016 candidate's charts portend for the Presidency.

There are three factors that I researched in weighing the strengths of all the candidates. The first one is the historical information of the most frequent Sun signs of all the Presidents. We know in detail the charts of all the former Presidents and it makes fascinating reading to view their personalities and actions from an astrological perspective. The most frequent sign of a U.S. President is Aquarius. Harrison, Lincoln, McKinley, FDR, and Reagan were all Aquarians.

The second most frequent presidential sign is Scorpio. Among the Scorpios we find Adams, Polk, Garfield, Teddy Roosevelt, and Harding. 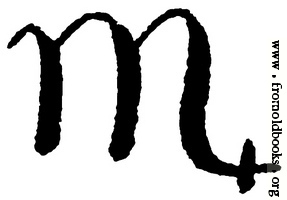 Jeb Bush is an Aquarius and Hillary Clinton a Scorpio.

Other signs have had some success and, of course, we must consider the position of all the planets in a candidate's birth chart. However, the Sun signs with the least number of Presidents are Gemini and Virgo. Considering this, with one bold stroke, I eliminate Trump, Rubio, Christie, Fiorina, Sanders, and Carson.

Is this a firm prediction? No. Clearly at the moment the polls are not validating the astrological evidence. The position of the Moon outlines the way people feel about a candidate. Mr. Trump has the moon in Sagittarius, a sign known for candor, and he is, to say the least, outspoken. He is giving voice to values and ideas that many people feel but do not express. We shall see if his popularity remains.

A second indication of a Presidential winner is how a candidate's birth chart connects to the chart of the United States. Countries have birth charts just as people do. The United States formally began on July 4th, 1776. There is some argument among astrologers about the time the Declaration of Independence was signed but no matter what our rising sign is, we are a Cancerian Sun and an Aquarian Moon nation.

The third factor that I considered in evaluating the candidates is the astrological picture on Election Day itself: November 8, 2016. Since Election Day is always the second Tuesday in November, the Sun will always be in Scorpio. However, it is too simple to say that fact alone gives the advantage to Scorpios. Looking at just that day, if Hillary is the nominee, the day begins desultorily and then picks up positive energy for her. For Jeb Bush the day begins well and then peters out.

Three candidates I haven't mentioned are Capricorns: O'Malley, Paul, and Cruz. Astrologically Capricorn has a steady record. Four presidents were Capricorn and the earthy dependable Capricorn sign is a frequent Moon sign for U.S. presidents.

Who will win? I don't know. Astrologically speaking Jeb Bush has a strong chart to win the nomination but so far he has not put forward a strong lead.

Hillary Clinton is working hard and I think she will receive the nomination of her party.

If these two candidates were Super Astro Heroes we would have ZIG ZAG vs. STINGER. I call this the battle of the Titans.