In the last few days, Paris has been in the news and on our minds for all the wrong reasons... tragic reasons. And still, there is no doubt that with its indomitable spirit and enduring troves of art and culture, the city -- and France itself -- will overcome. 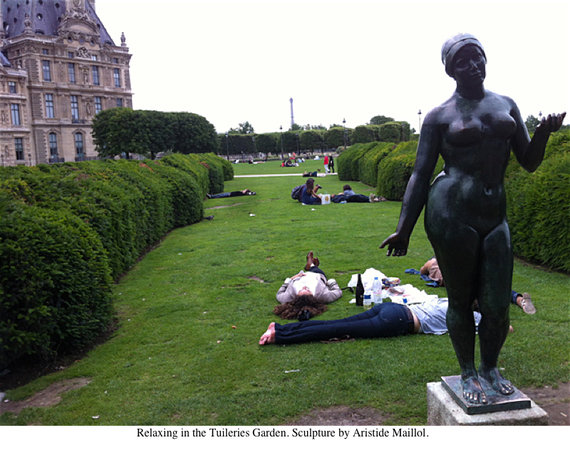 I had the good fortune of traveling to Paris several times in recent years. In one of the photos I snapped at Tuileries Garden, there is a bronze nude sculpture by Aristide Maillol. On the grass lawn behind it is a cluster of happily resting, sleeping people. For me, this is the very essence of Parisian synergy between high culture and real, everyday life. 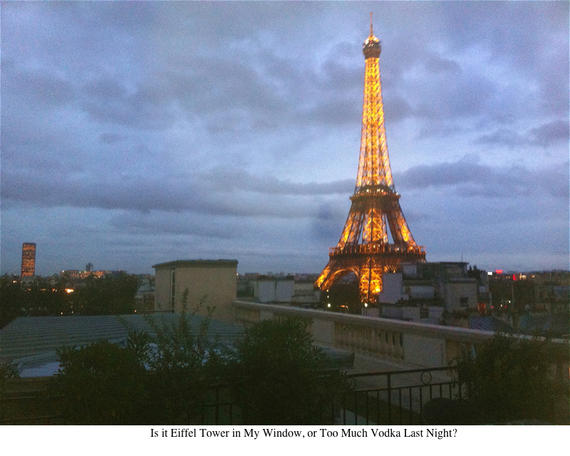 Friedrich Nietzsche, over a hundred years ago, wrote, "An artist has no home in Europe except in Paris." Following him several decades later, Ernest Hemingway famously said, "If you are lucky enough to have lived in Paris as a young man, then wherever you go for the rest of your life, it stays with you, for Paris is a moveable feast." Usually, while traveling, I'm not very eager to snap photos, but when in Paris, the urge is irresistible. Look at this photo of the Eiffel Tower I snapped from my hotel room window: Is it a dream? Or did I have too much vodka that night? 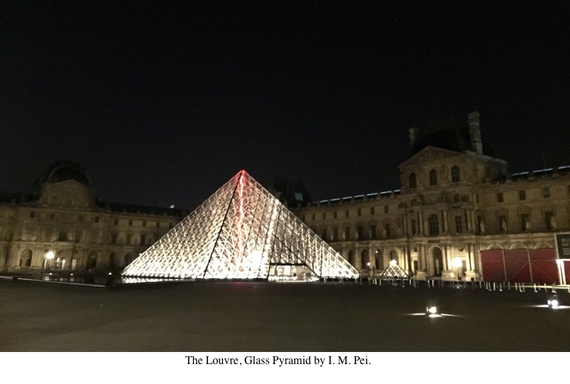 Back to Hemingway, "There is never any ending to Paris and the memory of each person who has lived in it differs from that of any other." This past June, in the middle of a sleepless night, I got out of my hotel and walked all the way to the Louvre. The whole museum was dark, but I. M. Pei's Glass Pyramid sparkled like a huge diamond. 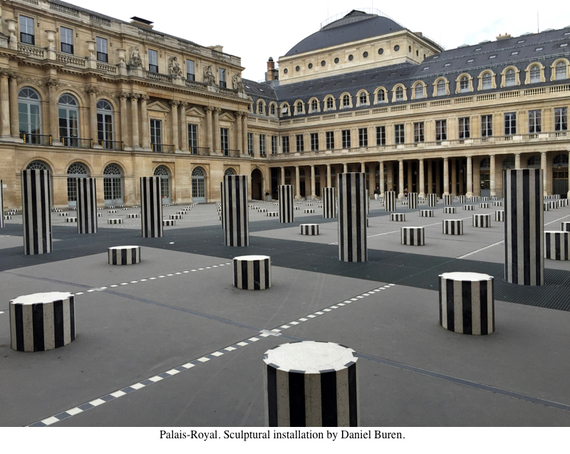 The next morning, I stepped into the courtyard of Palais-Royal to admire the massive sculptural installation by Daniel Buren, famous for its effortless blend of discipline, precision, and poetry. 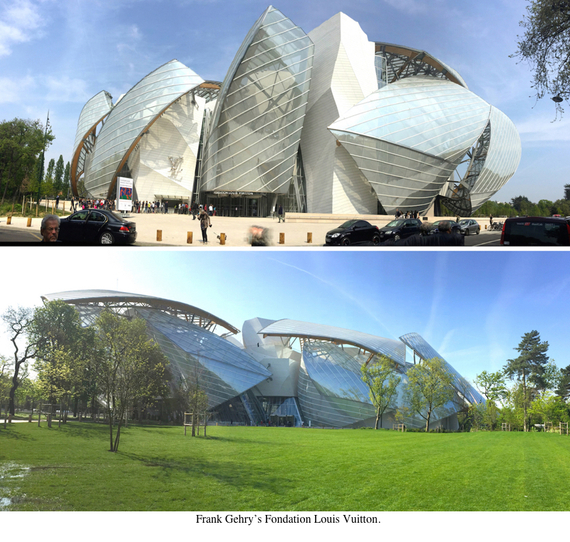 A visit to Fondation Louis Vuitton in Boulogne Forest to admire the translucent glass fantasy by Frank Gehry makes one hear the echo of Los Angeles modernist architecture. Even compared to his celebrated Guggenheim Museum in Bilbao, and Walt Disney Concert Hall in LA, Louis Vuitton shines as Gehry's absolute best. 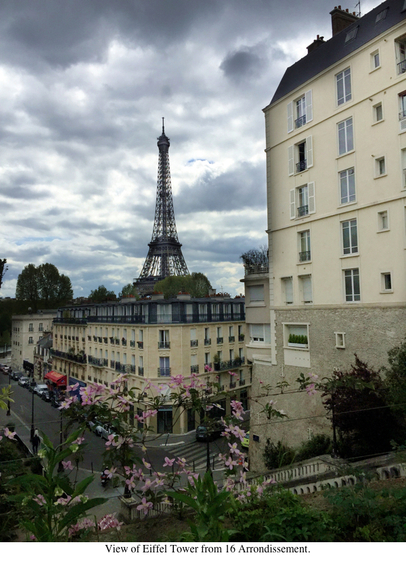 I want to share with you an email I got from a good friend of mine who lives in Paris: "We are still stunned by the brutality and extent of violence that struck Paris... What I want to tell you is that in spite of all, Paris has again risen beyond the tragedy to its remarkable dignity and to its revolutionary spirit. I walked the streets the morning after the carnage, rode the subways and saw people everywhere. The faces were grim but the sense of defiance was in the eyes. Terraces of cafes were full in spite of orders not to gather in public spaces. Last night I went to the Notre Dame for the service with 2000 other people and more than 4000 gathered outside. And just a few minutes ago I participated in the minute of silence outside the Sorbonne where thousands gathered... The President Hollande after the minute of silence said just two things -- we stay united and we stay strong..." 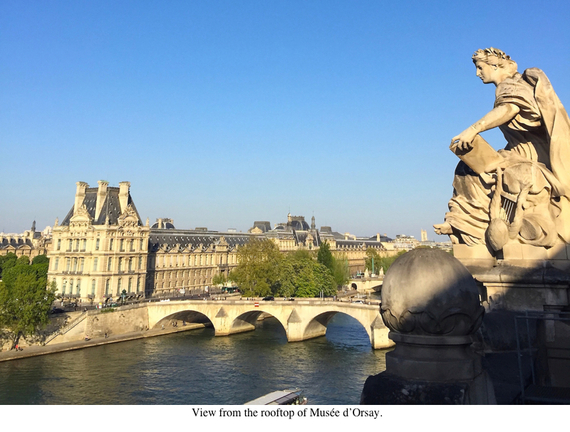 So let me finish with yet another priceless quote from Hemingway, "There are only two places in the world where we can live happy: at home and in Paris."