For mezzo-soprano Susan Graham - San Francisco Opera and the War Memorial Opera House is home. This year marks her 25th Anniversary with the company. Susan is back and currently starring as "Didon" in Hector Berlioz's 1858 epic masterpiece, Les Troyens which opened this past Sunday afternoon and will play an additional five performances through July 1. The massive new production by David McVicar is nearly five hours in length and is produced in co-operation with the Royal Opera, Covent Garden; Teatro alla Scala and the Vienna State Opera. At the final curtain, General Director David Gockley presented Susan with the company's highest honor, the San Francisco Opera Medal. In 1987, Susan trained here as a member of the Merola Opera Program and won the Grand Finals. In 1990, she made her company debut as the goddess Minerva in Monteverdi's Il Ritorno d'Ulisse in Patria and has subsequently appeared as Annius (La Clemenza di Tito), Sister Helen Prejean (Dead Man Walking), Octavian (Der Rosenkavalier), and in the title roles of Iphigénie en Tauride, Ariodante, and Xerxes. Said Susan during our recent interview, "Merola told me that I had a shot at a career." 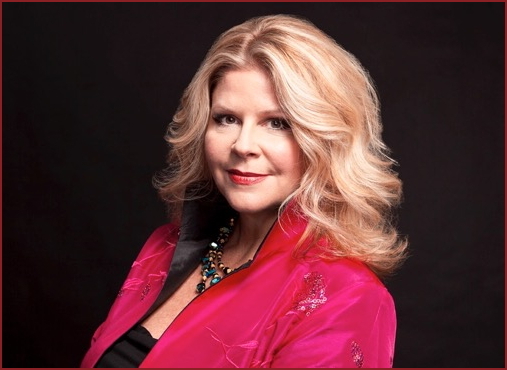 "So, I went back to New York. It was the first fall when I wasn't in school - in twenty-one years! And I thought - 'OK, since I'm going to be paying for my voice lessons now, I'm going to get the best teacher I can.' I auditioned the top three teachers in New York - the most famous ones. Because I had just won Merola and had a little bit of caché - they accepted my phone calls. The first one wanted me to strip out all the color in my voice and slowly add it back in with these weird auxiliary vowels. And I said, 'I don't have time.' The second one had me sit on the floor and support like I was giving birth. 'That hurts. Not gonna do that.' Marlena Malas was the last one. We'd had a little connection before, when I worked with her for the Blossom Festival. She says, 'What the hell are you doing? Would you just sing?' Ding! And the angels sang and the Heavens parted and it was sunshine! Twenty-five years later, I'm still singing with her. And she still says to me, 'What the hell are you doing? Just sing.'

The character of Didon (aka, Dido, first Queen of Carthage) makes her entrance in Act 3 - that being, the second part of the complete work or, as performance history reveals, the beginning of a separate opera, Les Troyens à Carthage. For lovers of French opera and specifically of its greatest Romantic composer, Hector Berlioz (1803-1869) - it is simply a delayed gratification. In contrast to the grand tragedy and colossal darkness of the first two acts - which include the climacteric warnings of Cassandra (Anna Caterina Antonacci), the astounding entrance of the Trojan Horse, and the mass suicide of the women of Troy - Act 3 at Carthage is all sunshine, celebration and festive tribute to its beloved queen, the benevolent Didon. Though another battle is brewing near the coastline, Didon praises her people and encourages their perseverance in her first recitative and aria, Chers Tyriens. Susan Graham's powerful and crystalline vocals zoomed through the house - refreshing us all in light and love. Small wonder why the French bestowed upon her their most prestigious award - the National Order of the Legion of Honour. 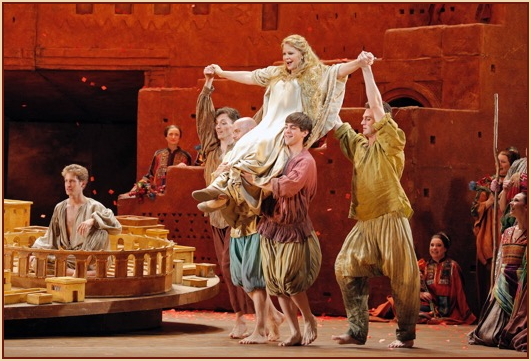 "I don't like sitting through long operas myself. But this one, I can sit through any time of the day because I love every note of it. Berlioz is always saying something, but there aren't many arias you can take out of context. I sing D'amour, l'ardente flamme from La Damnation de Faust a lot. That might be the mainly excerpted aria in all of the Berlioz canon. When they are in context, they are so powerful. For instance, my lament aria in the last act - Adieu, fière cité - it's so simple. I sing it just sitting on my knees, looking out at my kingdom/queendom. The tune is very simple, very sweet. It's not that memorable as itself, but what has come before it is her screaming and losing her mind. So, when everything comes down into pinpoint focus, the aria stops your heart. It does not do that out of context."

Susan was born in Roswell, New Mexico and around age twelve moved to Midland, Texas. By age seven, she describes herself as having been a very serious piano student and an experienced participant in a variety of piano competitions. That musical background became extremely important by the time she was in junior high school and joined the choir - becoming its 'Second Soprano Section Leader' as well as an accompanist. And the goal?

"I wanted to be in the All State Choir. In Texas, it's huge! There were lots of vocal competitions. From the time I was twelve years old I was doing vocal competitions every year. Then at 15, I started learning about languages. My first voice teacher gave me a Fauré song, Après un rêve. It led to my always enjoying singing in French and in the back of my mind I always had a little penchant for French music. I got my Masters Degree at Texas Tech University in Vocal Performance. I left Texas because, as a mezzo-soprano, as a high mezzo - you're not really a soprano, you're not going to be up there with all the 22-year-old tweety birds whose voices are already mature and singing the Queen of the Night and winning all the competitions. And I'm sort-of this workhorse back there trying to figure where my voice is going to land. I was singing soprano arias, mezzo arias - nobody knew really where it was going to settle. I was very good at what I did, but in Texas - I wasn't a stand-out. I decided the Manhattan School of Music was the place for me because John Crosby was the founder and president. He was also running Santa Fe Opera. I got a scholarship." 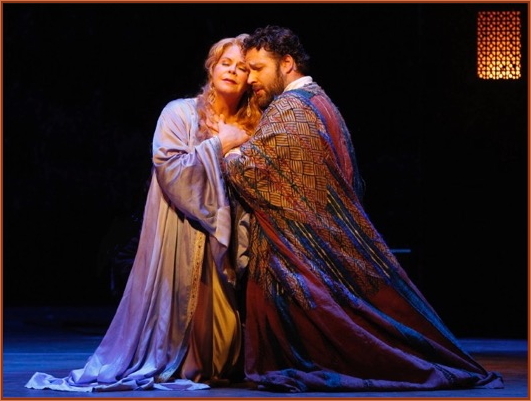 "I auditioned the first year for the apprentice program. I thought I'd be a shoe-in, but I didn't get in. Auditioned the second year - didn't get in. However, I did get the lead in the opera, Massenet's Chérubin. Eventually, they did the opera at Santa Fe with Flicka [Frederica von Stade]. Because John Crosby knew I had done it at school - and he'd seen me do it - I was the only other person in the world who knew the opera and could cover her. So, he invited me to come out to Santa Fe to cover Flicka and sing Flora in Traviata. Then I went back every year."

In my best Irish brogue, I observed, "So! 'Tis Queen of Carthage ye are now!"

"We are now Queen of Carthage."

In the anatomy of the mezzo-soprano voice, the role of Didon is a perfect fit for Susan Graham. She first absorbed the role in the 1993/94 production at the Met when appearing in the trouser role of Ascagne, the young son of Aeneas. Maria Ewing sang Didon. Nineteen years later, again at the Met, Susan sang Didon in a production that featured Deborah Voigt (also a Merola alumna) as Cassandra. Altogether, an astonishing breadth of influences. I asked Susan about the appeal of the Berlioz opera to today's younger audiences. How do its characters - mortal and immortal - its myths and histories sustain a five-hour attention span when one's cell phone is in the OFF position - or worse, on Vibrate?

"When I sang Ascagne, I was young and I just soaked it up. The role of Didon was coming into me by osmosis because I was onstage. I just listened to the music and thought how great that would be to sing one day. I can't tell young people to be interested in this opera. I wish I could. They have to be interested. They have to want to know. They have to have some curiosity, some desire to find out about the stories on which all of Western civilization is based. It is humanity. It's all relatable, whether you put it in a political arena or an inter-personal communication arena, relationships, love, marriages, children. Didon is trying to follow and control destiny. We get 'Trojan Horse' viruses on our computers. What does that mean? Something has sneaked-in with a bunch of other things inside - that you don't know about - that can hurt you, or make things go horribly wrong." 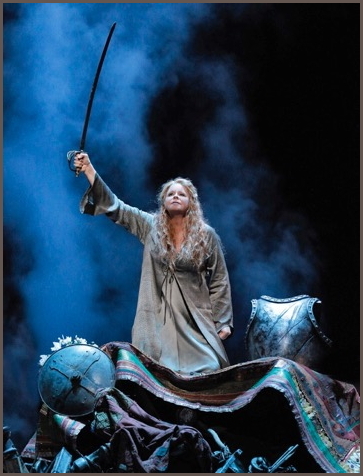 "The people of Carthage put all their trust in Aeneas. He was their leader. They put their trust in the gods - or they didn't. But they knew what was supposed to happen. What authority do you choose to follow? What happens when you buck authority? Can you build your own destiny? If you're talking about young people, they have their whole lives to work that out - and they could start thinking about it right now. What is my life going to be? What do I want my life to be? Do I want to do what everybody tells me or do I want to follow my own path? That's what this whole opera is about."