"You have to be confused before you can reach a new level of understanding anything." -- D. Herschbach (Harvard University chemist and Nobel laureate)

In the summer of 2007, I attended "Boot Camp for Profs" in Leadville, Colorado. For an entire week, a maverick team of educators from multiple disciplines -- geology, chemistry, education, biology, and psychology among others -- bombarded 30 college and university professors with the theory and practice of learning. Mind you, I didn't say teaching. Beholden to no educational model except "what works," this no-nonsense, eclectic group had for years refused offers to sell out to the latest educational fad. They weren't into either dogma or money. Their mantra was classroom effectiveness, pure and simple. "Boot camp" was a fitting term; the experience was overwhelming, eye-opening, occasionally exhilarating or terrifying, and immensely practical. 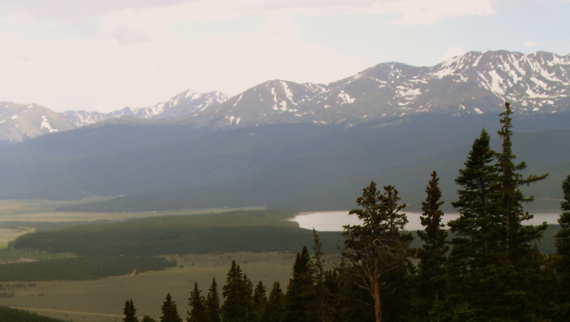 Upon return to my university home, despite the sage advice to try only one new idea at a time, I implemented several, knowing that for me, near the end of my career, it was now or never. By all measures -- course evaluations, comments by students, student success in later life, and university accolades -- I've been a successful teacher. But like many educators of my generation, I'd focused primarily on the supply side: teaching. After Leadville, I began to focus more on the receptor than the sender. Knowledge surveys, moments of reflection, multimodal presentations, and interactive exercises were integrated into the daily classroom routine. Teaching became more fun, and I became more effective.

One epiphany from Leadville still haunts me. In 1970, William G. Perry, an educational psychologist at Harvard University, published a scale for classifying cognitive development during the college years. Perry's taxonomy quickly became the gold standard for quantifying intellectual and ethical development. Boot Camp afforded my first encounter with Perry's six levels of cognitive growth, organized into three stages: dualism, multiplicity, and relativism. (In actuality, there are nine levels, but examples of the highest three are uncommon.)

Dualism. At the dualistic stage (levels 1 and 2), the student believes that every problem has a right or wrong answer (like the answer in the back of the book), and his or her job is to learn the right answer, presumably written on stone tablets by infallible authorities. Perry's dualistic stage corresponds to rote learning.

Multiplicity. The next stage (levels 3 and 4) involves multiplicity, the recognition that some issues involve competing -- and often conflicting -- points of view. Even the "authorities" may disagree. Unfortunately, at this stage, students lack the necessary skills to extract the best solution from the myriad of options. Hence, they adopt a "whatever" attitude.

Relativism. At the highest stage (levels 5 and 6) of cognitive development, students learn to think "evaluatively" (or "reflectively") about the relative merits of competing courses of action. Unfortunately, evaluative thinking is sometimes termed "critical thinking," a confusing, misunderstood, and overused misnomer. Evaluative thinking involves both intellectual and ethical reasoning. The hallmark of evaluative thinking is the ability to commit to a course of action based on the analysis of incomplete and possibly conflicting information from multiple sources that vary in reliability. Evaluative thinking is common among high-level military commanders and university educators. It's considerably rarer in the general public.

Most students enter college at approximately Perry-level 2. At what level do they leave? Surely four years and $100,000 of tuition and fees should produce Perry-level-6 thinkers. Then came the Boot Camp bombshell. Most graduates leave college at less than half a Perry-level above where they came in. That is, matriculate at 2.0; graduate at less than 2.5. This is generally true across the board, regardless of the reputation of the school.

One university, Colorado School of Mines, has been able to significantly beat these dismal odds. Some years ago, its engineering school revised the curriculum from the ground up to incorporate evaluative thinking much earlier in the educational process. Post-revision, the program documented a Perry-level increase at graduation of about 1.0. No one else, to my knowledge, has come close.

Should dyed-in-the-wool conservatives be reading this post -- and I hope some are -- a few will seize on the one convenient statistic above to conclude wrongly: those damned liberal college professors aren't doing their job and should all be fired. The truth is more disturbing: We are doing our best, but it isn't good enough, simply because human beings are extraordinarily resistant to changes in their cognitive maps. Indeed, the imperviousness of most conservatives -- even highly educated ones -- to the overwhelming evidence of climate change illustrates this fact.

Inadequately educated citizens see the world in black and white, settle for sound bites rather than discourse, fail to distinguish information from disinformation, and succumb to manipulation by clever attack ads and faux news. We might still be OK if our elected leaders were capable of high-level thinking. But we've elected too many ideologues, who by definition, are stuck at Perry-levels 1 or 2, blindly obedient to the ideologies of their authorities: the free-market evangelists, right-wing think tanks, and ultraconservative billionaire donors. It's a sad state of affairs when Paul Ryan is considered the Congressional-budget Wunderkind, yet is incapable of thinking outside the ideological box of low taxes for the wealthy and austerity for everybody else.

Education is the first line of defense against tyranny from without or within (Part I). That, our Founding Fathers well understood. With its citizenry under-educated relative to the problems faced, its elected representatives held to ideological litmus tests, and public education under siege from the right (Part II), America has placed its democracy in grave jeopardy.

___________
(The author is grateful to his university colleague and Boot Camp classmate Mary Tacy for permission to edit and use her photo.)