When I was little, growing up in Durban on the east coast of South Africa, just two hours from Thula Thula Game Reserve, all the kids I knew in my neighborhood would meet up on the holidays at the Durban North public pool. We'd flock around a mass of water and dash and splash the days away; the rebels, the jokers, the hustlers, the divas, all soaking up the African rays, dunking our bodies into a bowl of pure liquid fun. 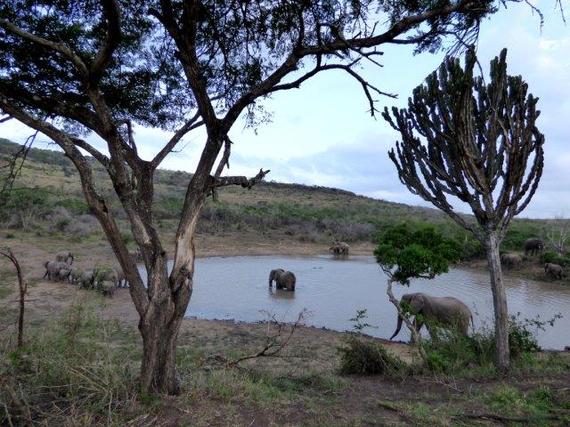 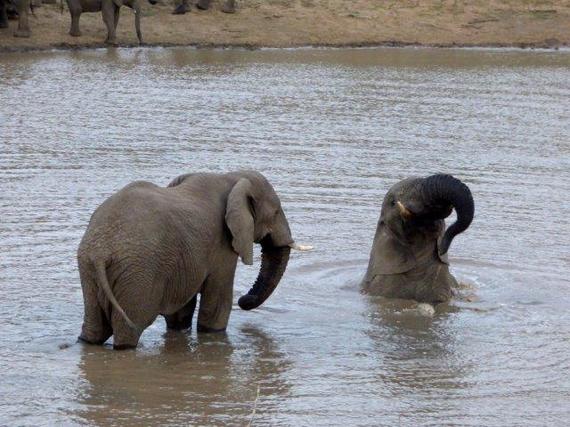 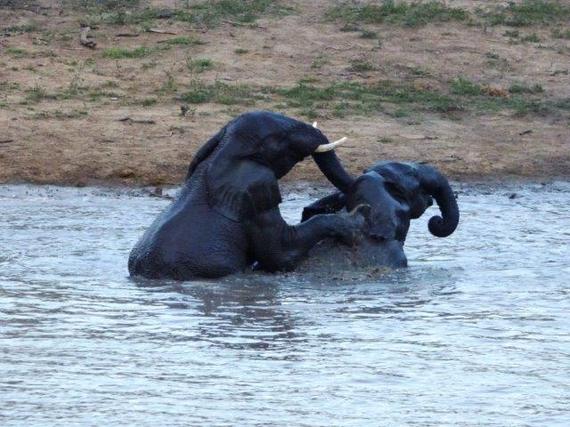 Last week when I spent the afternoon with the Thula Thula elephant herd at the hippo watering hole, watching them reminded me of my childhood, and it literally took my breath away.

I felt like I was swimming in sunshine. I felt the kind of joy that cannot be bottled or packaged, or labelled as 'exclusive' and 'limited edition'. I felt like I did when I was a child, before mobile phones and iPads and snapchat and Instagram... when children were so much more wild and free.

Elephants are incredible animals, and they embody the very best of humanity; the way they are with their own children, their love and loyalty, their wisdom and compassion -- we have so much to learn from these sentient giants.

Sadly, this elephant utopia I share with the Thula Thula herd is exactly that; an 'island' state of being, a vision of social perfection. Eventually as daylight started to fade, the demons did crawl back into my mind, catching on to memories in far away places, and my heart sunk with the thought of all the dead elephants I have stood beside with their faces cut off, butchered by poachers just so that rick folks in Asia can show off their ivory trinkets.

All around me, right across the African continent, an elephant is killed every 15 minutes, and no elephant is safe. Every elephant on this planet is now a target, and I just cannot understand how a civilization that can cure polio and fly to the moon, can still be so archaic and savage.

Sitting beside me on the edge of the watering hole was David Bozas, who was just a teenager in the nineties when he began working alongside the late Lawrence Anthony, the spiritual Patriarch of Thula Thula. David was with Lawrence every step of the way when "The Elephant Whisperer" introduced this once rogue herd to this amazing Zululand wilderness.

And he said to me, so poignantly, while the elephants were playing and swimming with the sun on their backs, "Perhaps the most powerful weapon against this poaching scourge is for our own species to rediscover our humanity." 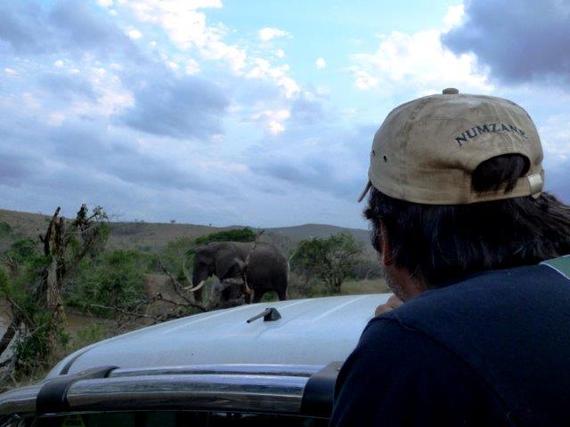 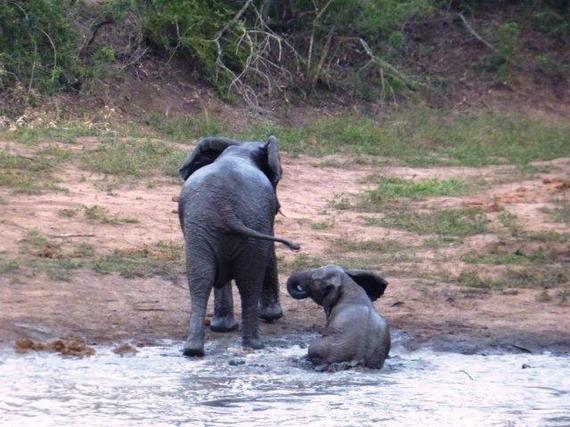 Jamie Joseph is the founding of Saving the Wild. She is currently based across various locations in Africa on a 14 week mission 'solving poverty saves wildlife'. Follow the journey on Facebook and Twitter.