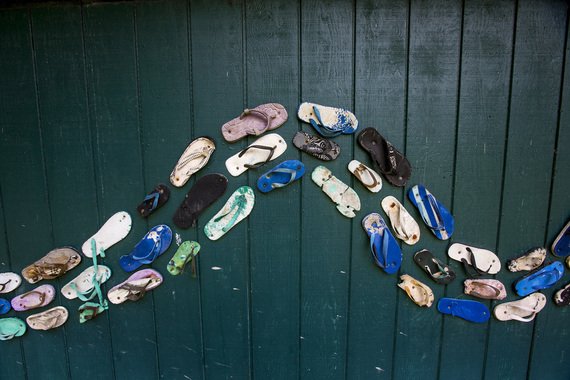 Earlier this week, the U.S. Supreme Court issued a stay temporarily blocking the Obama administration's Clean Power Plan. The plan is intended to be the main regulatory tool to reduce carbon emissions from power plants in the U.S. In many ways, it's the underpinning of U.S. commitments under the recent Paris climate agreement.

It's too early to predict the ultimate legal outcome. But one message seems clear to me - we'd better get to work building a majority coalition that will support legislatively driven climate policy.

It's also a reminder that environmentalists like me need to work harder to reach new constituents. We need to build broader bipartisan support for a clean energy future. We need to find common ground between Republicans and Democrats, citizens in red states and blue, and business, NGO and community leaders.

In that spirit, I was pleased to visit the Kiwanis Club of Birmingham, Alabama, this week to speak about climate change.

I was unsure what to expect while preparing my remarks. After all, polls show that only some 56% of Alabamans believe that global warming is even happening.

But I'm pleased to report the speech went relatively well. People seemed interested in what I had to say. They seemed to agree it was appropriate for me to put these issues squarely on the table, even though some in the audience might hold different views.

The Costs of Inaction

I began my speech by noting that climate change is not just a distant threat.

Because of impacts like these, counties bordering the Gulf of Mexico are currently grappling with damage amounting to $14 billion annually.

Climate change also poses significant economic risks to the U.S. as a whole, of course, from an additional $7.3 billion in annual damage to coastal property and infrastructure to 10% declines in yields of corn, wheat, soy and cotton in the Midwest and the South over the coming decades. Increased energy demand due to rising temperatures could cost residential and commercial energy users an additional $12 billion per year.

We cannot afford to ignore these risks.

So, how can we reduce carbon emissions in a way that benefits everyone?

I noted that most economists--both Republican and Democrat--agree that putting a price on carbon is the easiest way to quickly reduce greenhouse gas emissions at the lowest cost.

I acknowledged the failure of the 2009 Waxman-Markey bill, which called for a cap and trade system requiring businesses to buy permits to cover their emissions. In that case, Congress proposed spending the proceeds from the permits on a huge number of new government programs. In hindsight, it's not surprising that critics were unwilling to support a program that would grow the federal government.

But suppose we did something else with the money from a price on carbon. Suppose we looked to grow the economy instead of growing the government.

Here's what I proposed to the audience: let's swap one tax for another.

A carbon tax of $20 per ton would raise more than $100 billion per year. That's enough to replace the revenue we'd lose if we reduced the corporate tax rate from 35 to 25 percent.

A carbon tax like this could be simple to administer. It would put less drag on economic growth. And it would incentivize new technologies that accelerate the transition to cleaner energy and enhance our competitiveness in the global marketplace.

Speaking Out on a Tough Topic

I concluded by noting that I know climate is a tough topic. I get that we're not all on the same page.

Even at the Nature Conservancy, some of our trustees -- our volunteer leaders who come from all 50 states and both political parties -- have been a bit reluctant to take a stand on climate change.

But as these people see climate change transforming the places they love, they are becoming concerned.

Take North Carolina's Albemarle Peninsula, where we have worked with partners for decades to construct a protected landscape that covers 540,000 acres and includes five national wildlife refuges. The peninsula is beginning to disappear to rising sea levels. By the end of the century, it's likely to be just a small island of only a few thousand acres.

All of our work and all of our investment will be under water.

We are seeing changes like these in places where we work all around the world. And we think it is our job to speak up for those places.

So, what did the Kiwanis of Birmingham think about my talk? Well, as one audience member told me, it certainly wasn't boring.

I may not have changed every mind in the room, but it felt like a step in the right direction toward a respectful and constructive national dialog on the most important challenge of our time.