Without sharp changes in investment and direction, the current U.S. strategy to produce sufficient energy -- including energy generated from clean sources -- will lead to severe water shortages and cause potentially major damage to the country's economy, environment and quality of life, according to new reporting at Circle of Blue.

ChokePoint U.S.: Understanding the Tightening Conflict Between Energy and Water in the Era of Climate Change

For as long as the United States has been a nation, the central idea guiding energy development is to generate as much as the energy sector is capable of producing. In every way imaginable, though, the 21st century is testing the soundness of that principle. A number of environmental, economic, and political impediments lie in the path to large increases in American energy production.

None, though, is more significant than the nation's steadily diminishing reserve of fresh water. The place where rising energy demand collides with declining water supplies is a national choke point that the United States has barely begun to address, and certainly isn't close to resolving. 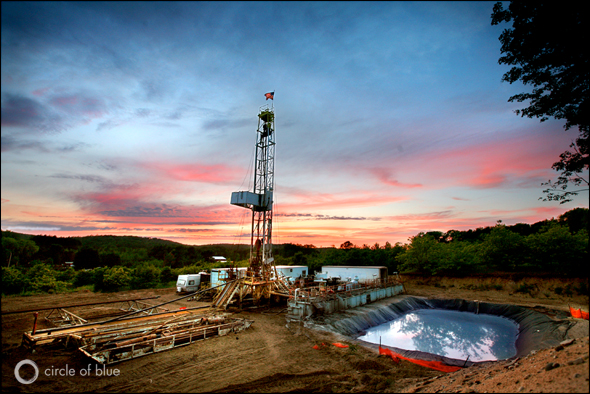 Four months ago, in Choke Point: U.S., we set out to better understand what was happening around the United States as communities, businesses, and residents confronted the increasingly fierce competition between water and energy. We dispatched reporters to the coal fields of southern Virginia, the high plains of the Dakotas, California's Central Valley, the Midwest's farm fields, northern Alberta, and to other regions. They returned with riveting narratives about the urgent contests between energy development and water supply that can be resolved, but also pose extraordinarily difficult challenges to regional economies, governing practices, technological development, and the quality of natural resources.

Circle of Blue team reporting reveals that unless there are sharp changes in investment and direction, generating sufficient energy, including from clean energy sources, will lead to severe water shortages, and potentially severe damage to the American environment and quality of life.

"In the next decade, every single sector will need to reform due to water shortage. This is not in fifty years, this is in the next decade," Keith Schneider, Circle of Blue's senior editor, recently told an audience of energy and environmental experts from the research, policy, business, and security sectors at an event hosted by the China Environment Forum and the Environmental Change and Security Program at the Woodrow Wilson International Center for Scholars. Experts predict that acute water shortages will change strategy, business operations and that depletion of global water resources is more rapid, severe, and complex than anticipated.

Jeffrey J. Fulgham, chief sustainability officer of GE Power and Water, said potential solutions to the tight water-energy nexus include sharper focus on water demand, water pricing and the use of new technologies.  This shift will need to occur quickly.

We also found through Choke Point U.S. that the collision between water and energy could have serious implications not just for the United States, but also for freshwater supplies around the world.

Hydropower: the Flow of Water and Energy

Renewable Energy: a Competition for Water