Consular officers must sometimes go to extraordinary lengths to ensure the safety and well-being of Americans overseas. One such officer was Dean Dizikes, who orchestrated the evacuation of 450 Americans from Egypt during the Yom Kippur War. On October 6, 1973, Arab coalition forces attacked Israeli-held territory, and Israel swiftly retaliated. American citizens in Arab countries were in danger of being caught in the crossfire, and Dizikes was sent from the U.S. Embassy in Athens to extract American tourists from Alexandria. Surprisingly, one of the biggest challenges he faced in bringing Americans to safety was the behavior of the Americans themselves.

Dizikes recounts his experiences in a 1990 interview with Charles Stuart Kennedy, with whom he worked in the consular section of U.S. Embassy Athens at the time of the incident.

Go here to read other Consular Moments and accounts of evacuation. "They had developed a certain amount of resentment and animosity toward the American government and toward the embassy in Athens" 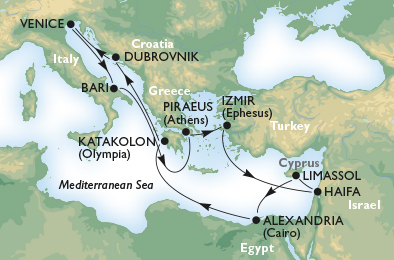 DIZIKES: We got a message from the Department, I think that indicated that about 450 Americans had been stranded in Egypt, in Cairo, when the war began. These were tourists in various parts of Egypt. They had been brought to Cairo and collected there, and they needed to be evacuated. We were told to send a consular officer and to find a ship to evacuate them. So the administrative section found a Greek ship.

Being October, it turned out to be difficult to find one. You don't just go down to the harbor in Piraeus and say, "Give me a ship which can carry 500 people." They had all gone to the Caribbean, as I remember it, by that point. The cruise season was over. So the admin section located a Greek ship that was filled with Greek tourists, primarily, and as I remember it, it was coming to Cyprus or in the vicinity of Cyprus, so I was told to fly to Nicosia. The Americans were going to be brought up from Cairo to Alexandria on buses or on the train, and they would meet us.

Of course, the Israelis and the Syrians and the Egyptians had all declared a zone of hostility, and that's where the insurance got complicated, because we were going to be sailing through a war zone.

So off we went, and we got into the harbor in Alexandria and it was the most god-awful thing I've ever seen. The Americans were there, and they were just brought aboard, up a ladder onto the ship, and as they came aboard, I was thinking what I needed to do was collect their passports and start to make up a list, because one of the things the Department and everybody in Washington wanted was a list, obviously, of who these Americans were.

The first guy who came aboard, I still remember him, sort of a 40-year-old American executive type, pretty affluent, as I approached him, I said, "I'm from the American Embassy in Athens. Could I collect your passport?"

And he said, "Where are you from?" 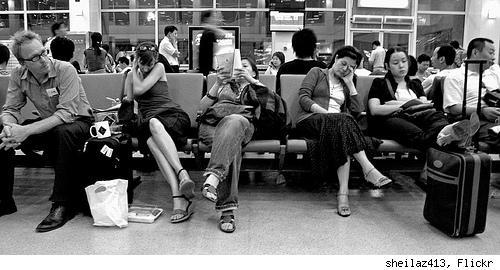 And that indicated that these people had, like many Americans, as you probably heard in other contexts, they had, in fact, unreasonable expectations. In the days that they'd been waiting, they had developed a certain amount of resentment and animosity toward the American government and toward the embassy in Athens. Well, it turned out specifically the embassy in Athens.

Eventually, they all came pouring aboard, and the captain decided we had to clear out of the harbor as fast as possible. There was a Soviet ship next to us, unloading torpedoes, and next to that there was a Libyan passenger ship, which looked like a scene out of Gungha Din or Lord Jim or something.

The people were pouring down the gangway and the baggage was just being tossed off the top of the ship down to people who were waiting on the dock 50 feet below. Half the suitcases, of course, were landing in the water, and others were landing on people who were trying to catch them.

Then we had another 20-some hours before we got back, first to Crete, then to Piraeus. So the idea was, we were going to spend one night aboard this ship. Everybody would have to sleep, and cabins had to be assigned to these people. So the idea was that the purser would assign cabins as these people came aboard. So I had a microphone and announced who I was, that I was from the embassy, and that cabins would be assigned.

About 15 minutes later, the purser came to me and said he was being offered bribes, he was being threatened by people. They all wanted first-class cabins, they all had connections in Washington, and they demanded various things. He said he wasn't going to do it, that the only way it would work would be for me to assign everybody to their cabin.

I tried to divide them into two groups and informed them that we would quickly assign them their cabins, and then we would sit down in two sessions and I would try to explain to them everything that I understood had happened from the beginning.

So my perception was that with Americans, a lot of their problems are solved if you can tell them what the hell is going on. Like waiting in a line. If they know why they're waiting in a line, they'll be more patient about it. But these people, of course, had built up a certain amount of resentment. We then started assigning the cabins and people all demanded first-class cabins.

Then I opened it up to questions. Typically, some people said, "Well, I'm glad you've told us this. We understand. It's a lot more complicated than we thought, and thank God we're out of that place." Other people, of course, wanted to know, "Why the hell didn't the Sixth Fleet come down and get us? What are we paying for if you can't send the Sixth Fleet?"

I told them number one, given the situation -- our relations with the Egyptians and our role, at the same time (which I didn't realize, we were madly resupplying the Israelis, of course). The Egyptians knew all of that. I doubted that they were going to let the Sixth Fleet sail into Alexandria and I doubted that the Sixth Fleet wanted to sail into Alexandria, number one. 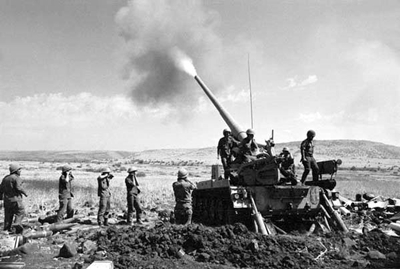 Number two, I told them that...given they were going to have to sail back across the Southern Mediterranean toward Crete, did they want to sail on a destroyer and sleep in between decks and sort of on hammocks, or did they want to sleep in a regular passenger ship?

[Then] they asked why they hadn't been evacuated by air. I think the answer to that was that we couldn't get clearance to do it, and if they thought that we were in a position to fly into Egypt without permission, then I thought they were pretty naive.

So that went on for a while. But in general, I thought that went pretty well.

"'Why didn't I get a first-class cabin? I'm really resentful of this. I'm going to write to my Congressman!'"

In any case, then we got back into Greek waters and got back to Athens real early in the morning.

The thing that was fascinating was human nature. I mean, you see two men, say, a 40-year-old executive, like the one I described, and another 40-year-old executive, one of whom, for no apparent reason, same sort of economic level, same education, same age, and the one fellow is bitching because he doesn't have a first-class cabin....

We had three stewards and one cook to serve 450 people. I informed people that they were going to have to volunteer to help if we expected to get any food served and anything orderly done. People would have to chip in and help. Amazingly -- or maybe not amazingly -- a large number of people were willing to volunteer. There were some stewardesses on board, five or six stewardesses, who were terrific about that, and they sort of took charge of that and the people worked for them.

But what I encountered was the situation where you'd get the one guy saying, "Why didn't I get a first-class cabin? I'm really resentful of this. I'm going to write to my Congressman!" and the other guy saying, "You want me to go down and wash dishes and help serve the next round?" That's what you can never explain, how people react in a situation like that....

We got to Athens at about 4:00 or 5:00 in the morning...I remember clearly the Spanish consul general was there.

When I looked down from the ship, as we got in there and saw the people getting off and their luggage getting off, Stu Kennedy and American officers from the American Embassy were carrying luggage for these people, and the Spanish consul sort of shaking hands with them and then driving off, saying, "Welcome to Greece," and that was the end of the Spanish role in this.

I think that sums up a lot what we try to do and what we see as our role and what a lot of other countries do.