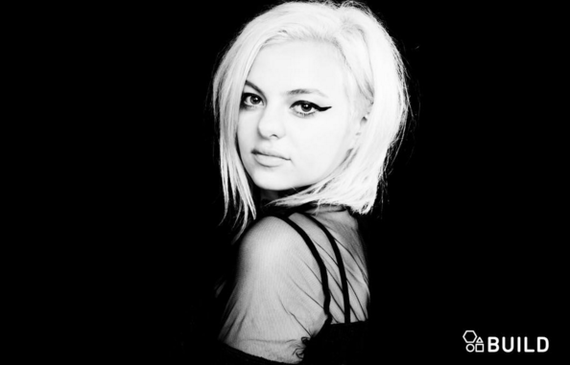 Kaya Stewart might only be sixteen years old, but she is able to put on a rock show better than hall of fame inductees three times her age. The young sensation recently swung by the BUILD Series and blew the audience away with her incredible vocals and energetic performance. I got to catch up with Kaya after the concert to discuss her new album, being on tour with The Go-Gos and words of wisdom for the next generation.

Hey Kaya! Thanks for the interview. What was it like to appear on the BUILD Series? What were you feeling after you performed?

The performance was so much fun! I was so excited that I almost tripped on a cable. But aside from that it was really fun!

I have to ask...Who was the guy that was banging on the piece of wood during the performance at the BUILD Series? The studio audience loved that guy.

We all thought Elijah was awesome too! What do you enjoy most about performing in front of people as opposed to being in the studio?

I love feeling the energy from an audience. In the studio it's all about writing and perfecting the song, where as onstage you get to perform it and have fun with it. Performing live is probably my favorite thing in the whole world.

Fans of yours adore "In Love With A Boy." The music video is super cool. What was it like to shoot it? I love the black and white theme.

"In Love With A Boy" was so much fun to shoot! I got to fly out to Paris and shoot the video with the incredible Jean-Baptiste Mondino. I wanted to go for a simplistic, cool and edgy vibe (especially when it came to the boys) and he totally understood where I was coming from. We shot the video in just one day. It was an experience I'll never forget.

Speaking of unforgettable, your father (David A. Stewart) is a memorable guy. What are some of your favorite songs from the Eurythmics?

I actually love the Eurythmics! My favorite song is probably "Would I Lie to You." I'm always watching videos of their shows whenever I need some inspiration for my own set.

Nice! The Go-Gos are doing their farewell tour. It's pretty amazing that you get to be a part of the magic. What is it like to be on the road with these legends? What are the emotions backstage as they say goodbye to their fans one last time?

It's been so much fun! Everyone on this tour is so lovely and there's such a great energy at every venue. It's been an incredible experience that I am so lucky to have been apart of. I have always been a huge fan of The Go-Gos so it's almost like a dream come true. 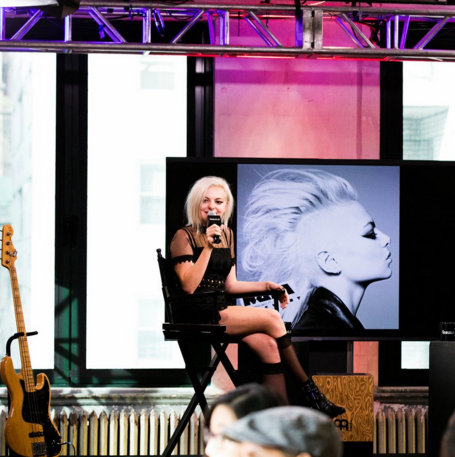 Dreams really do come true. "Sleepover" is a great single. What was your process writing the song?

I wrote "Sleepover" pretty much in a couple of hours. I was pissed off because I was slowly coming to learn how tricky boys can be and needed to get all my feelings out. I ended up writing "Sleepover" which is pretty self explanatory.

You hear that boys? Behave out there. "So You Care Now" is my favorite song of yours. You put all of your heart into it. Who is the song based on and what were you feeling when you wrote it?

Thank you! "So You Care Now" is probably one of my favorites too! I left school to do music full time around a year ago. I noticed that since I had left and started doing my own thing, people who weren't so interested in what I was doing before started hitting me up every time I was out on the road or in the studio! I never really felt like I fit in when I was at school or anywhere when I was younger and I guess you can say that music helped me discover who I really was. That's kind of how I started writing "So You Care Now."

I feel you. In high school I bleached my hair blonde and had an underbite. To say I felt like I didn't fit in is an understatement. "Try It Out" has quite a bit of edge to it. What do you want to try out exactly?

"Try It Out" is actually a song off my first EP! I was so new to the music industry and this whole new world I was entering into and I wanted to try everything I possibly could. The song was kind of a way of me expressing how excited I was to finally get to do what I loved to do.

We are lucky to see a talented person like yourself living your dream and having a fun time doing it. What is some advice you would give to other young artists who are pursuing aspirations of their own?

Always stay true to who you are. With every person that likes you there is going to be someone who doesn't. There are so many eyes and so many opinions in the business that it's hard not to feel judged. As long as you are confident within yourself and your art no one else's opinion really matters.

I completely agree Kaya. Thanks so much for your time!