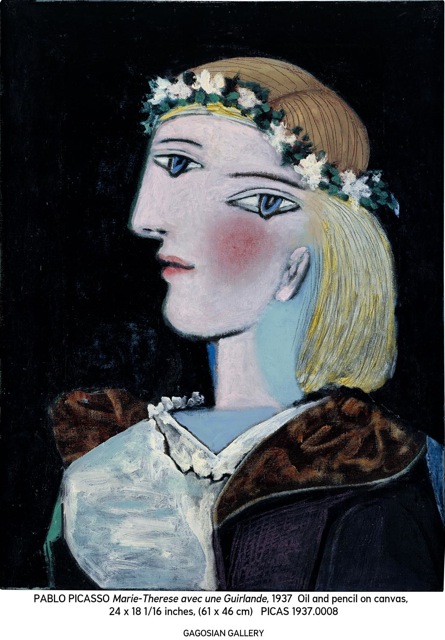 You have an interesting face. I would like to do your portrait. I have a feeling we will do great things together. - Pablo Picasso

As the Gagosian Gallery in New York ramps up for yet another museum-quality Picasso exhibition, opening this Thursday, I spoke with the show's co-curator, art historian and Picasso progeny Diana Widmaier Picasso on her unique relationship to the subject matter. Titled "Picasso and Marie-Thérèse: L'amour fou," the show comprises paintings, drawings, sculptures, and prints inspired by one of Picasso's most beloved muses and lovers Marie-Thérèse Walter. The exhibition is curated by Picasso biographer John Richardson together with Widmaier Picasso. 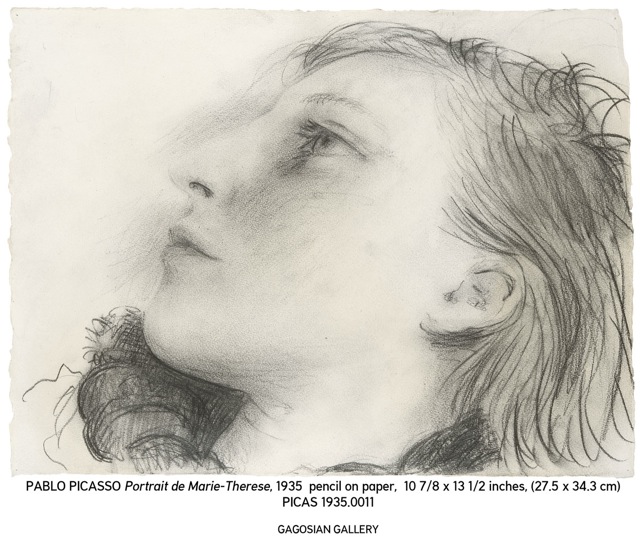 Can you tell me briefly where the idea for this show came about and how it was realized?

In 2009, at the opening of the exceptional exhibition "Picasso: Mosqueteros," I suggested the idea of an exhibition devoted to Marie-Therese to Larry Gagosian. We then started working right away with John Richardson and Valentina Castellani. 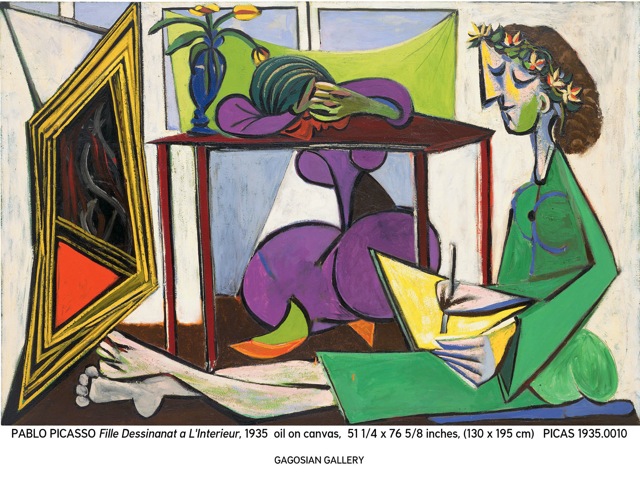 As the granddaughter of Marie-Thérèse and Picasso and the daughter of Maya Picasso, one would assume that you had an unusual and interesting upbringing with art playing a very central role. Would you say that this is accurate? How did this influence your own decision to become an art historian?

At 9 years old, I started studying theater, dance and piano. Of course, there were works of art by my grandfather in the house but it was only later on that I became a regular visitor to museums. I did my thesis on the art market in France in the seventeenth century and specialized in Old Master drawings. I am currently preparing a catalogue raisonné of sculptures by Picasso with a team of researchers.

Can you tell me briefly about the works that you and John Richardson chose to include in this show? And can you tell me specifically about works that have never before been seen or that are little known or seen in the United States?

John and I wanted the exhibition to reflect the fulgurant complexity of the "Marie-Thérèse years," selecting painting, sculptures, drawings and prints which constitute the immense laboratory of Picasso during this period. There are many parallels between the Cubist years, the Marie-Thérèse years and the 50's. These were very experimental moments for Picasso.

The truth is that the main body of work from this period has remained in the artist's own collection, today either in the Picasso Museum or within the family. That explains the reason why so many sculptures, drawings or paintings like this series of portraits of Marie-Thérèse, "Nu couché" (1931), "Maya with a doll" (1938) ... have rarely been seen. 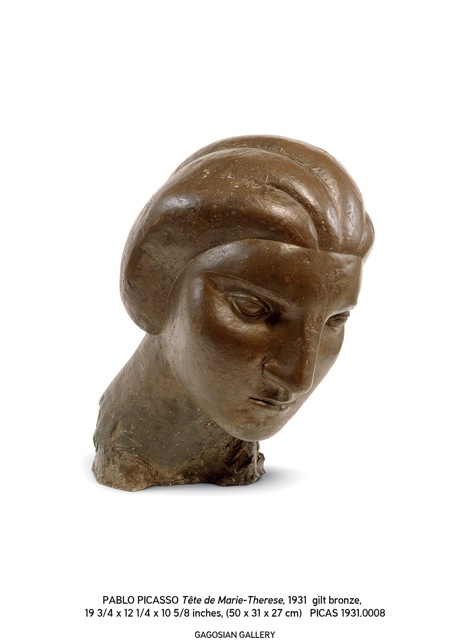 How do you feel that this show will shed "dramatic new light" on who your grandmother was and also the relationship between she and Picasso?

"The Marie-Thérèse years" have always been perceived by art historians as an unprecedented period of creative explosion, and collectors have always wanted to acquire them at any price. At first sight, this very happy and erotic period ("Amour Fou") might perhaps seem too untroubled. But in fact, Picasso found himself up against hostility on every level at that time: personal, social and political. These circumstances seemed to lend his creation a dynamic rage, more intense than ever. For instance, there was his failed marriage to Olga that he desperately wanted to leave, there was the rejection in 1928 of his monument to Guillaume Apollinaire, the rise of fascism in Germany, the Spanish Civil War, the Louvre refused "Les Demoiselles d'Avignon" from Jacques Doucet. Nonetheless, Picasso had a network of friends and dealers, such as Kahnweiler, Vollard, Rosenberg and new collectors. In 1932, major exhibitions took place, one in the Kunstmuseum in Zürich and at the Galerie Georges Petit in Paris. In 1934, there were two exhibitions in the United States (Galeries Paul Rosenberg, Wadsworth Atheneum Museum of Art in Hartford, Connecticut).

Also, new photographs of Marie-Thérèse give a complete new light on the subject. Marie-Thérèse is no longer the mysterious sleeping muse. It helps understanding her personality and this physical need for Picasso to depict her. 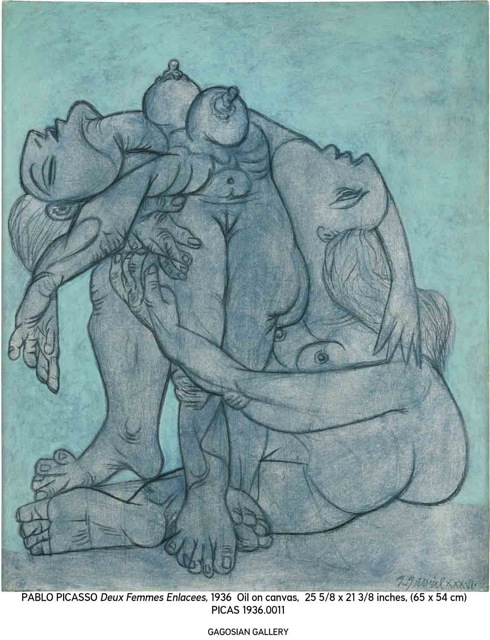 Do you have any favorite works in the show? If so, what works and why?

The monumental Boisgeloup original plaster is breathtaking and so incredibly sensual. Marie-Thérèse is often seen as the horizontal sleeping muse. Here is a vertical Marie-Thérèse, upright, vivacious. It is most probably one of the most important works Picasso ever did. It confirms that Picasso was as much a sculptor as he was a painter. He was an artistic genius capable of engaging constant dialogue with his friends from antiquity (Greek art or even prehistoric art), but also to transform it into something new that remains so contemporary even today. 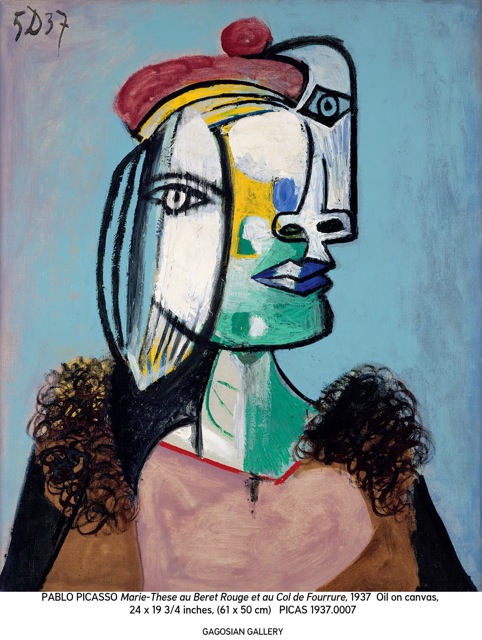 Where are these works from? I'm assuming that like for the previous Picasso shows at Gagosian ("Picasso: Mosqueteros" in New York in 2009 and "Picasso: The Mediterranean Years" in London in 2010) many of the works in "Picasso and Marie-Thérèse: L'amour fou" will be on loan. Have these works come from all over the world or are most of them from your family's own collection?

The works come from various private collections both in Europe and in the United States. Various members of my family have agreed to participate and I am particularly grateful to my mother, Maya. We are also very grateful to some major museums for their loans, amongst them: The Museum of Modern Art, The Metropolitan Museum of Art, the Guggenheim Museum and Beyeler Foundation. It will be a truly unique experience for visitors. 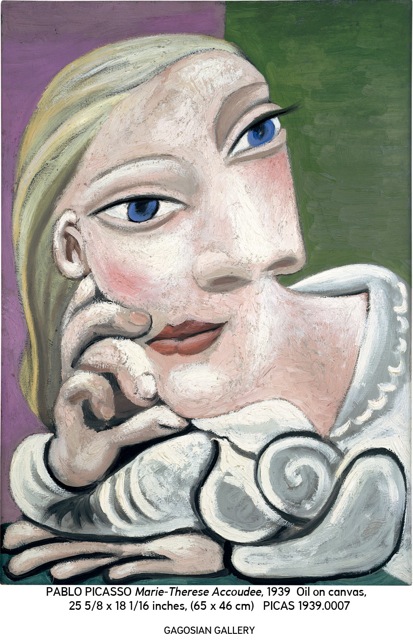 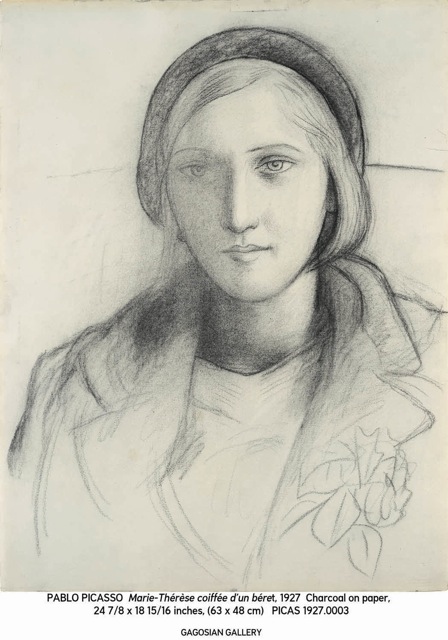