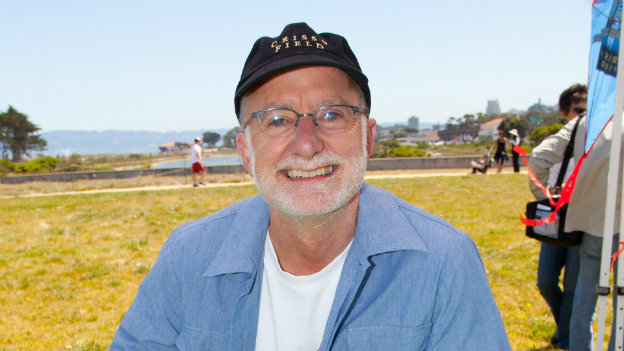 When the world thinks of the San Francisco Bay Area, we see a place of natural and iconic beauty. Among San Francisco's many breathtaking spots, we appreciate the Presidio, Crissy Field, Alcatraz and the Golden Gate. The San Francisco Bay may very well be the jewel in this crowded crown. But rarely do we acknowledge the visionaries behind these beauties. On Oct. 1, we have the opportunity to do just this -- with Greg Moore and the Golden Gate National Parks Conservancy.

These parks are the second-most visited of our 396 national parks, with over 16 million visitors each year. More people come to the GGNRA than visit Yosemite, Yellowstone, Grand Canyon, and Glacier National Parks combined.

Over the past twenty-seven years, Greg's has grown the Conservancy from a staff of 1.5 to a staff of 350, while raising nearly $300 million for park stewardship and restoration along the way. Under Greg's benign leadership, the Conservancy has recruited and managed over 250,000 volunteers, helped protect more federally listed endangered and threatened species than any other national park in the continental U.S., overseen the restoration of 130 miles of trails, and preserved 700 historic structures.

"The great success of the Golden Gate National Parks Conservancy can be directly traced to the leadership of Greg Moore," says Mark Buell, Chair of the Board of Trustees of the Conservancy and President of the San Francisco Recreation and Parks Commission. "Greg's vision and passion for the parks and his uncompromising sense of quality and commitment have placed him at the top of his profession with no one in close second. Under Greg's guidance, the GGNRA has seen the development of Crissy Field, numerous scenic overlooks, the Warming Hut, Lands End Visitor Center and Cavallo Point, to name but a few."

"Every day Greg inspires his staff to greater heights as they carry out the mission of the Conservancy to enhance the visitor experience to the GGNRA." -- Conservancy Chair Mark Buell

"I have worked with a lot of organizations and leaders in my adult life, but I have to say Greg Moore is absolutely the best I've ever worked with," says Charlene Harvey, liaison to the Board of Directors, the Presidio Trust, "When we started Crissy Field Center, Greg had his staff go to every San Francisco neighborhood to make sure it was a park for everyone. The focus was reaching into underserved neighborhoods and making them feel the national park is their park."

This year marks the 20th anniversary of the Conservancy's Park Stewardship program, one of the many hallmarks of Greg Moore's storied tenure. For the past two decades, the Park Stewardship program has not only engaged youth from every background to restore vital habitat and cultural resources, but it has provided a pathway for the next generation of conservationists, civic leaders, scientists, poets and park rangers.

The success of the Park Stewardship program is a result of Greg's tireless and unassuming dedication to "protect these parks, make them relevant and accessible for all communities, and instill a sense of stewardship in this and future generations to ensure their vitality forever."

As a San Francisco native and a lifelong nature lover, it is with deep appreciation and gratitude that I pay tribute to Greg Moore for his outstanding leadership, and congratulate him on his 2013 Community Leadership Award from The San Francisco Foundation.