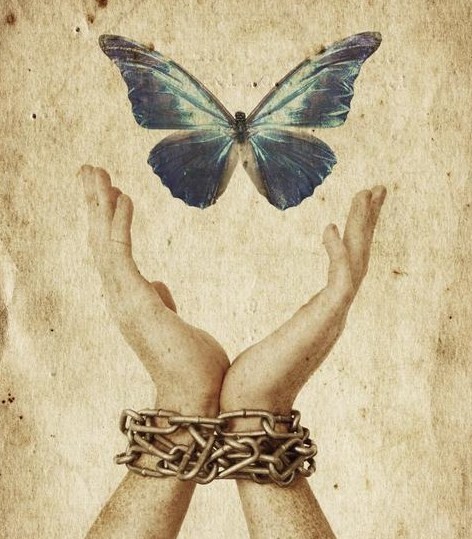 The film Ticked Off Tra**ies With Knives (TOTWK), spreads fear, misogyny, and hateful ideology. I have seen the film and it's very upsetting that people unfamiliar with transsexual and transgender women will walk away from the film with a stigmatizing perception of trans women. This film is dangerous propaganda, whether intentional or not. TOTWK leaves the viewer with the false impression that transsexual and transgender women are unauthentic in their gender identity and really "gay men in drag." The film portrays all trans women as hyper sexualized, jokes, murderous and/or unstable. This is not only inaccurate; it's offensive and incites further misunderstanding and violence.

A student of oppression in the media, I'm an organizer with a trans anti-defamation group named MAGNET-Media Advocates Giving National Equality to Trans People. MAGNET supports the thousands of people who signed GLAAD's petition urging Tribeca to remove this film or who joined the Boycott TOTWK Group. They're warranted in their protest/boycott of this film whether or not they saw the entire movie. The clips available to the public were reason enough to take action. Here's why:

• Use of the dehumanizing pejorative and anti-trans slur "tra**ie" in the title.
• Insensitively mentioning real trans victim's of hate crimes names in the trailer (A reedited trailer removes the victim's names).
• Exploiting, devaluing and making light of the crisis of violence against trans women.
• Director Israel Luna's misrepresentation that the film's about "transgender women" but often insinuates that the characters are not women - but rather men drag performers, "caricatures" & "impersonators."

While we have great respect and admiration for some of the actors in the film, we have great concerns with the director misappropriating oppressed minorities for entertainment, and with Tribeca's irresponsible decision to showcase this film. GLAAD's analysis of the film maintained the following:

Many stand with GLAAD's statement. Trans women are just that: women. They're fighting to pass ENDA, gain APA/GID reform and health care rights, and establish acceptance in society. TOTWK threatens that acceptance immensely. The unhealthy stigma that this film encourages generates misunderstanding and resistance against trans Americans in a country that seriously lacks education, rights and acceptance of trans people.

Tribeca would never present a film with a title having the "n" word, an anti-Semitic slur, the misogynistic "c" word, or many other pejoratives. Tribeca considers the content of films they give a platform to. It's disappointing that the humanity and safety of trans women was devalued by Tribeca's programming department. It's a sad sign of the times that our concerns about depiction and well being are not considered on par with other minorities. Trans people need the same anti-defamation protections other oppressed minorities receive from Tribeca. We are exercising our freedom of speech by boycotting this film. "Cries of censorship" are just a diversion to take attention off the true issues, which are responsibility, accountability, humanity and oppression.

I find it biased and unethical that many male journalists/bloggers have failed to address the feminist side of this debate. The violence, objectification and dehumanization of women in this film are also being protested. It's disappointing that this film's controversy has spotlighted the issues of ignorance, transphobia and misogyny internalized within some in the gay men's community who have opposed our protest, as well as society at large.

Characters in the film, performers in a drag queen show, explain: "We have female qualities and characteristics... [and] straight male personalities." This description isn't the definition of a transgender woman, and provokes prejudice. That idea is one of the roots of anti-trans sentiment: the falsehood that trans women's gender identity is "fake". This propaganda is the same that the religious right has been preaching in their campaign to slander trans Americans, denying them equal rights (for instance, their "Do you want men in dresses teaching your children?" campaign), and now this film is doing their job for them! This isn't a "women's clothes fetish movement" for crying out loud! It's about "internal" gender. Luna would have had fewer problems if he would have named his film "Ticked Off Drag Queens With Knives" (yet there would still be issues). Inaccurately, he decided to market the film saying it was about transgender "women," yet portrayed them as over-the-top "impersonators" - actually mocking femininity. It stands to reason that transsexual and transgender feminists feel slighted, their identities misrepresented and attacked.

Merriam Webster defines a drag queen as "a male homosexual who dresses as a woman especially for comic or theatrical effect." Completely different, a woman of transsexual experience is "a woman in which the sex-related structures of the brain that define gender identity are exactly opposite the physical sex organs of the body. Put even more simply, a transsexual woman has a mind that is literally, physically, trapped in a body of the opposite sex." A person from the "transgender umbrella" is "someone whose personal idea of gender does not correlate with his or her assigned gender role." The sociopolitical identity umbrella term "transgender" is good for gaining legislation to protect the broad community, yet the diversity of sub groups (who are equal, but different) within the broad community cannot be ignored. Certainly diversity is the spice of life!

Much of the dialog in the film is not only offensive, but effectively teaches the viewer an inaccurate perception of transgender individuals. At one point the performers allege that when God created Adam and Eve, he allegedly "created a third creature named Ava." Most trans women I know identify as "Eve's daughter," or with the "woman gender," not a "3rd gender," or as Luna writes, "a 3rd creature." Depicting trans women as "others," "neither, ors," "creatures" and "impersonators" is influential in adding to the segregation and misrepresentation of trans women. While some people identify as "gender queer and 3rd gender," none would wish to be characterized as a non-human creature. The film even introduces a new term - "tran-imal" (trans person = animal = not human) which may be the newest trend slur of the season!

One of the characters expresses that sexual assault "turns her on." This is sickly morbid and disturbingly insensitive, especially given the high rate of sexual attacks and violence against trans women. In another scene a nurse is sexually inappropriate with another character who is recuperating in the hospital after surviving a hate crime attack. In this way Luna's script trivializes the crisis of violence against trans women which is horrifying and disempowering to all women.

Some of the drag queen characters have a "trans face" act that is comparable to "black face" of decades past, when white men painted their faces and depicted black people as minstrels and subhuman. Likewise, "trans face" is just as dehumanizing to actual trans WOMEN. Their "trans face" act is "hyper sexualized, vile talking, flamboyant, gay man with women's clothes on. "
By the end of the film, most of the characters are dead or brutalized. The film ends with a "drag diva" asking the others, "Do you know what the difference is between us and them [the dead men on the ground]?" The answer expressed: "I don't know. me either" And the film ends.

So there you have it folks, "transgender women" are no different than "murdered men."

And that last sentence pretty much sums up the message of the film.