India has seen more growth in the last 20 years than it did in the decade after its independence from the British Crown. Due to growing foreign investment, waning governmental regulation, and exponential population growth, the world's largest democracy faces a rapidly evolving state of affairs, specifically in politics, business affairs, and healthcare.

While the press trumpeted the election of Prime Minister Narendra Modi in 2014 as a social revolution, the public was reminded of reality with the political gridlock that soon followed. So far, Modi has expressed his leadership through a few different avenues; from his monumental visit to Facebook headquarters in September of last year, or his spontaneous trip to Pakistan in December, he is likely the most well-traveled head of state in recent Indian history. Modi has also fostered a variety of initiatives aimed at revitalizing the country, such as the Swachh Bharat movement (promoting a cleaner, hygienic India), and the Make In India initiative (aimed at promulgating job creation and growing the Indian manufacturing sector). However, as often experienced in India, making promises are much easier than following through with them; while many of the new initiatives have received international acclaim, the tangible effects are still missing, as enacting cultural shifts in a society of 1.1 billion people will take time.

Unfortunately for Modi, the patience of the population is waning. While swiftness in execution has been witnessed in certain sectors, including the financial services industry (which has quickly transitioned from a wholly government-run consumer banking system to many new, private banking options), or even the telecom industry (high speed mobile data can be found in even the most remote villages), other initiatives are lacking progress. Policies encouraging "a cleaner India" will take years to streamline, as they require environmental and cleanliness education at the individual level. Jobs in manufacturing cannot be created overnight. Rather, a paradigm shift emphasizing confidence in Indian ingenuity and work products will be required in order to empower the "Make In India" brand.

Thus, by no means is the revolution over. It is a work in progress, one which Modi must strive to make a quick reality. 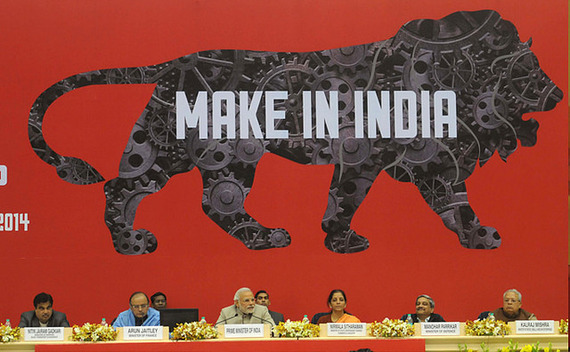 Business in India is booming, with a growing startup arena and vigorous governmental support for small businesses. Foreign companies and startups are being welcomed by the expanding Indian youth, and are sustained by the flexibility and incentives the government is offering. Take for example Uber: although the ride-sharing company had initial hurdles in penetrating the Indian market, regulatory easing and tax incentives have allowed it to quickly expand to almost every large metro-city. Uber has even tailored its payment model to allow cash payments, still considered the preferred payment method by a majority of Indians. Indian based Ola remains Uber's largest competitor, which also enjoys wide governmental incentives and investment, and has captured the majority of the taxi market share. Other business initiatives such as Free Basics, a partnership between India's tech giant Reliance and Facebook, have a different aim: to provide basic internet access to every Indian. While digital connectedness was simply a voting gimmick for many previous elected leaders, Modi has taken strides to make this access universal, hoping that digital access will lead to increased education and entrepreneurial ventures.

Modi's recent declarations in the January Startup India event held in New Delhi also seem promising, where he announced new policies aimed at incentivizing startup and small business ventures. These include reductions in overall startup tax burdens through exemptions, and even a one day turn-around time for the registration of a new company, made possible by a mobile app to be released in April 2016. These policies will be a welcomed change to the previously slow and litigation-heavy processes that were required to traditionally start a business in India, the same processes which often quelled ideas before they could amount to fruition.

One can only hope that the business community recognizes and embraces these initiatives to expand and grow Indian business prospects. 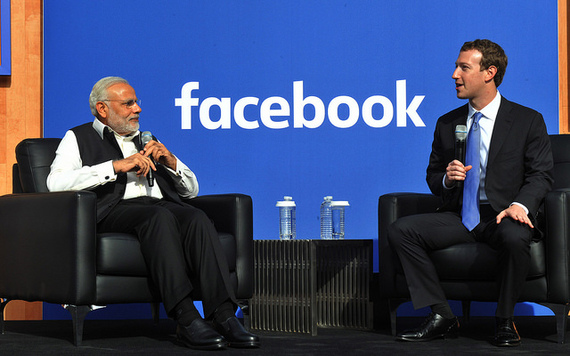 Indian healthcare has also experienced its share of changes, with the growth of larger hospital systems such as Apollo slowly expanding to take over smaller private practices. The reality is, Indian healthcare is expensive. However, the average consumer is still able to save thousands of dollars a year due to cheaper pharmaceutical prices; while a course of azithromycin could easily cost hundreds of dollars in the United States, one could procure the same in an Indian pharmacy for less than Rs. 300, or about $5 USD.

My conversation with Kurus Coyaji, Medical Director of King Edward Memorial Hospital and son of famous healthcare advocate Banoo Coyaji, illuminated many positive aspects of Indian healthcare. While still heavily investing in western-style allopathic research, the government is also actively trying to promote initiatives congruent with traditional Indian medicine, focusing on preventive rather than prescriptive care. Emphasizing a moderate diet coupled with mind and body regiments including yoga and meditation, healthcare in India is being redefined to include more than just acute diagnoses; rather, the focus is being turned to general wellness and lifestyle changes, concepts which are quickly gaining traction in Western systems today. While a heavy investment upfront, this shift towards holistic and preventive medicine will ultimately save the healthcare system from increased stress, that which will inevitably arise from the quickly aging population in the years to come.

As the Indian population demands quicker results and is increasingly interested in competing in the global arena, the country's leadership will have to continue to accommodate to the changing needs of the public. One thing is for certain: India is no longer a toddler in the international playground, boasting both the leadership and momentum required to make it a global kingpin.